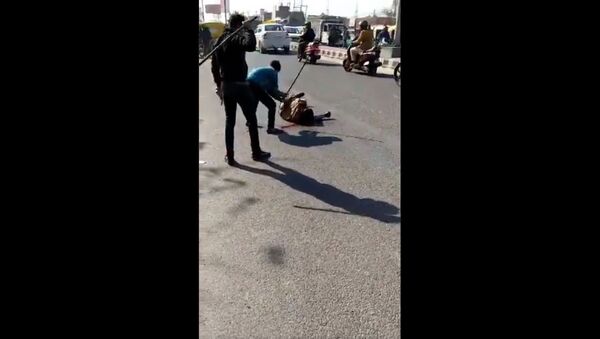 The northern Indian state of Uttar Pradesh has made the headlines many times this year, partly due to an ongoing crime wave.

The victim was later taken to a nearby hospital where he was declared dead on arrival.

People shot the video of the crime but no one attempted to help the victim. Police were made aware of the killing and arrested the two accused. The accused have confessed their crime and said they killed the victim due to a personal rivalry.

WARNING: The following video is graphic and may offend more sensitive viewers.