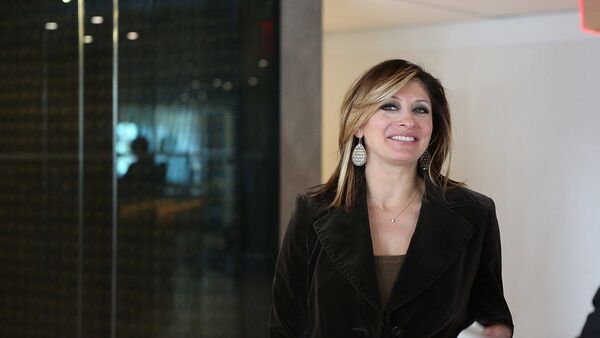 Nikita Folomov
All materialsWrite to the author
Maria Bartiromo was the first reporter to broadcast live from the NYSE trading floor. She anchors such populas shows as "Mornings with Maria" and “Sunday Morning Futures", and is considered one of the most recognised interviewers in the US. However, something went wrong on Sunday when she was surprisingly fooled during a live broadcast.

Fox News' TV host Maria Bartiromo has been made to look less than stellar, interviewing an animal rights activist thinking it was someone from the pork manufacturer Smithfield Food. When the deception came to light, Bartiromo had to issue a correction live on-air and pledged to be more vigilant in the future.

​Johnson, who posed as Smithfield Food CEO Dennis Organ, told The Wrap on Wednesday he didn't have a guilty conscience for hoaxing Maria Bartiromo. He and his group Direct Action Everywhere have been planning to do a phony interview for a year. They decided to make a move the previous week, assuming that most TV staff members would be off for the Christmas holidays.

Netizens have taken to Twitter to mock the incident and shame the TV host, who has been repeatedly accused of being biased, for not fact-checking things properly.