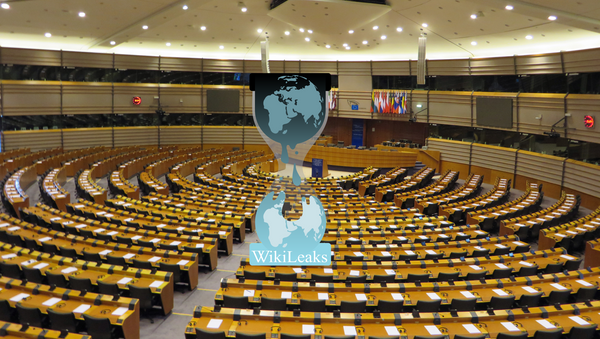 On 24 December, just a week before the Brexit transition period expires, the European Union and the United Kingdom reached a post-Brexit trade deal, having agreed upon a spate of contentious issues, including fisheries, competition rules, and mechanisms to settle future trade disputes.

Members of the European parliament are set to begin scrutinising the post-Brexit trade deal on Monday just days after the European Union and the United Kingdom reached a Christmas Eve agreement.

According to The Guardian, a number of MEPs has urged that more details about the agreement be revealed, and how the EU will make sure the Boris Johnson government does not "use its new freedoms" to shift away from crucial social and environmental standards in the upcoming years.

Despite the "Brexmas" deal being concluded at the very last minute, MEPs are expected to give it a green light. The agreement, however, is unlikely to be approved before it's supposed to come into effect on 1 January when the 11-month Brexit transition period ends.

The European Union and the UK reached a trade deal last Thursday following months of tough talks. European Commission President Ursula von der Leyen praised the deal as fair and balanced, while UK Prime Minister Boris Johnson said that it might not be a "cakeist treaty", but was still "what the country needs at this time".

Brexit Deal is an Accord UK, EU Managed to Agree On, Not the One People Voted for, Prof Says
The PM noted that the deal will create a giant free trade zone starting from 1 January and raise the country's share of fishing quotas from around half to two-thirds in 5.5 years. Fishing rights had been among the thorniest issues in post-Brexit negotiations.

Following the announcement of the deal, the FoodDrinkEurope confederation, the Copa and Cogeca interest group for European farmers, and the European Liaison Committee for Agricultural and Agri-Food Trade (CELCAA) called on the authorities to take urgent measures that include, among other things, the development of an effective transition phase, provision of human, technical, and financial resources to put in place the new customs and sanitary measures, as well as assurance of a continued formal communication channel between agri-food chain operators, on one side, and the European Commission and national authorities, on the other.