Brexit Deal is an Accord UK, EU Managed to Agree On, Not the One People Voted for, Prof Says 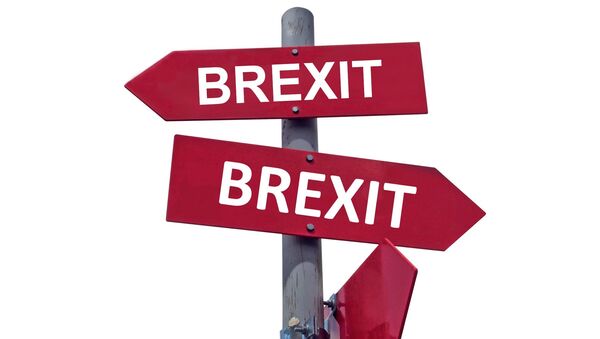 After months of negotiations, the UK and the EU have finally reached an agreement on their trading relationship after the Brexit transition period expires.

Dr Martin Farr, a senior lecturer of Contemporary British History at Newcastle University, believes that the agreed deal was the only accord possible - yet it was probably not the one Britons would have wished to have.

Sputnik: One Labour MP said that the Brexit deal is not the deal that the government promised. How might this frustration affect the current political atmosphere in the United Kingdom?

Martin Farr: Well, essentially, no trade deal would satisfy every political opinion. So whatever was decided would attract criticism from various parts of the spectrum, both on the Labour side and the Conservative side, and from industry. So that was inevitable. The point is how widespread is the dissatisfaction? And it's not sufficiently strong to risk the legislation passing next week.

So it won't affect the outcome. It may lead to some residual grievances in the years to come, particularly from fishing communities.

But this wasn't the deal that many people would have chosen, but it was the only deal probably was likely to have been agreed by both the EU and the UK. So that's the main reason it will pass. People accept that there have been compromises, but that most people would agree it's better than no deal.

Sputnik: What do these remarks say about the internal politics of the Labour Party?

Martin Farr: For Labour it's been very difficult because the party - every party has been divided by Europe. I mean, even before we joined, it's divided parties. And for Labour, the December 2019 election was partly a bad election for Labour because it was not seen in Brexit-supporting areas as recognising and accepting the referendum decision and Keir Starmer, in particular, calling for a second referendum. And that's endured. And so the dilemma for Starmer is whether to make his MPs vote for the deal or to allow them to abstain. And he’s decided that it would be more embarrassing for the party to be seen to have no opinion than for it to risk upsetting some of its MPs who don't want to support the deal. So it's a fudge Starmer, but he's decided that there's less political risk in supporting than in abstaining. But there will still be Labour MPs who will oppose it and there may be Conservatives who oppose it. I mean, that's inevitable, I think. But the vast majority of MPs will support the measure.

Sputnik: How will this fault line affect Boris Johnson and the position of the Tories? The prime minister has already been facing sharp criticism over both the deal and also the lockdown measures.

Martin Farr: Yes, the hope will be, and this is one of the recurring hopes in the European story for Britain, is that the latest election will settle the issue. The hope will be that now we've left and now we're going to have the future trade agreement, that this will remove it as a major political issue. And the reconstruction after the pandemic will be a much more important political issue and the trade deal will recede as a political concern. That's the hope. And I think that once Europe is left as a political issue, it may well be the case that other concerns replace it and that it ceases to be the story that it has been for the last four years and indeed for the last 40 years.

Sputnik: How do you personally assess the Brexit trade deal that was agreed this week?

Martin Farr: It's a matter of perspective. It's not as hard as pure Brexiteers would like. And it still involves some levels of, not quite the level playing field, but of comparability for Remainers, of course, it's much worse than they would have wanted. So it's a thin deal and it will have economically damaging effects on the country.

But given the situation Britain found itself in last week, I think it's probably as good a deal - if one had to be agreed - as could have been expected. It allows both the EU and the UK to say that it has something it can sell to its respective constituencies and that it took so long and was so protracted, I think is a demonstration of how hard it was to arrange this.

So I don't think there was much more that could have been expected from this other than a no deal, which would have had much more serious political consequences. Had there been no deal and we were leaving without a deal next week, then that would have had absolutely transformative effects on British politics going forward. I think the deal has now, if not closed the issue, it has smothered it and lessened its potential impact in the years to come.