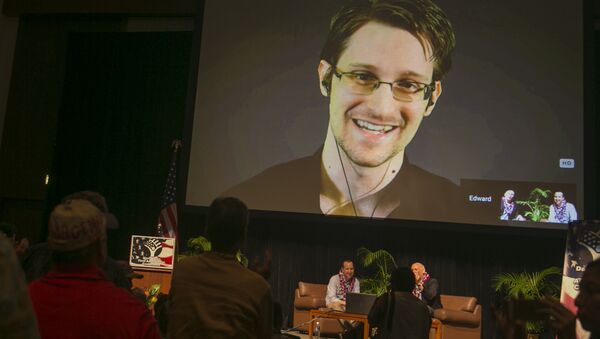 Evgeny Mikhaylov
All materialsWrite to the author
Earlier in December, Snowden confirmed that he and his wife would apply for dual US-Russia citizenship, expressing hope of returning to his homeland one day "so the whole family can be reunited". At the moment, he faces up to ten years in prison for disclosing the details of American mass surveillance.

American whistleblower Edward Snowden has become a father, with his wife Lindsay Mills giving birth to a baby boy. The happy couple posted a photo with their newborn son on Twitter. His lawyer previously confirmed the child would be granted Russian citizenship by birth.

Snowden sparked a major international scandal in 2013 after he leaked classified American and British intelligence information about extensive surveillance programmes to the newspapers The Washington Post and The Guardian. Due to the impact made by his revelations, the US Congress passed the Freedom Act in 2015, significantly curbing the mass collection of data.

Snowden, however, was indicted under the Espionage Act and forced to leave the United States for Hong Kong and then travelled to Moscow, where the whistleblower was granted three-year Russian residency which subsequently became permanent in 2020.