Kairos: Why This Time-Travelling K-Drama is Worth Checking Out 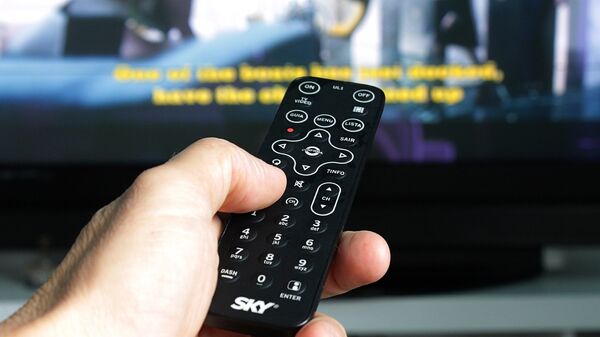 Martha Yiling
All materials
Can the past be changed, when your life falls apart at one stroke? The answer can be found in a new MBC drama.

One of the most interesting dramas of the outgoing year, "Kairos", has come to an end, with the last episode airing on 22 December.

The plot revolves around career businessman Kim Seo-jin (played by Shin Sung-rok) who has already achieved all the outward attributes of a prosperous life: a talented and beautiful wife, Kang Hyun-Chae (played by Nam Gyu-ri), a little daughter, and all the possessions money can buy.

But he loses everything at one stroke. His daughter gets kidnapped and his wife, who cannot deal with the tragedy, commits suicide. At the same time, Kim Seo-jin's life becomes mysteriously entwined with that of Han Ae-ri (Lee Se-young), a poor student working a part-time job to earn money for her ill mother's medical treatment. One day Han Ae-ri's mom suddenly goes missing, despite her serious illness, in a fashion strangely reminiscent to that of Kim Seo-jin's daughter's disappearance.

i said it already and im gonna say it again #KAIROS is indeed one of this year's best. it's so sad and frustrating how it remained underrated all throughout its run 😭 ppl shouldnt be sleeping on this gem! it's honestly so well written & well acted! i'm gonna miss them sm pic.twitter.com/nIeTIQqtTB

The connection between the two persons is anything but simple - they communicate from different times. Han Ae-ri is one month in the past from the time flow in Kim Seo-jin's life. They only have one minute a day to figure out, via a telephone call, what really happened and to help each other to save their loved ones, as Ae-ri can fix the problem in the past with the guidance of Seo-jin in the future.

This time-crossing fantasy has garned warm reviews from critics and K-drama fans were pleased with the good chemistry and acting of Shin Sung-rok and Lee Se-young. Despite its Nielsen Korea ratings, which started with 3.7% in the first episode, and ended with 3.3% in the last episode this drama is totally worth seeing.

One of the underrated gems of 2020! 💎This drama is so well done-I have no complaints.💯 I loved the way things were wrapped up and I am so glad they didn't push romance between SJ and AR and kept them as friends. Everyone got the endings they deserved#KAIROS #KairosEp16 pic.twitter.com/PseT0buWXc

Photographer Yoon, you did great job too 📷💙

So many #KAIROS memories preserved in your many beautiful photos 🥺 pic.twitter.com/oY2W7LHW4E