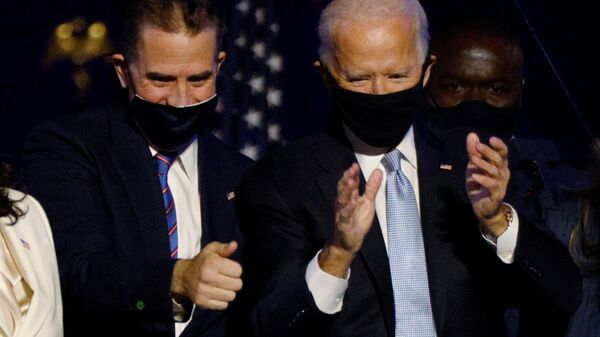 Ekaterina Blinova
All materialsWrite to the author
There absolutely must be a special prosecutor appointed if there is to be an objective, unbiased inquiry into President-elect Joe Biden's son since it would be taking place during the next administration, says American independent journalist Max Parry, commenting on the ongoing probes into Hunter Biden's business dealings with foreign tycoons.

The Department of Justice (DOJ) is reportedly considering whether to appoint a special counsel to investigate Hunter Biden, the son of President-elect Joe Biden, despite ex-Attorney General William Barr signalling before stepping down that there's no need to take this measure.

For their part, GOP politicians argue that the acting attorney general needs to tap someone to oversee the ongoing probe into Hunter Biden’s tax affairs. House Judiciary Committee member Rep. Ken Buck told Fox News on 24 December that the appointment of former FBI Director Robert Mueller as a special counsel investigating alleged "Trump-Russia collusion" has set a clear precedent that calls for another special prosecutor to look into Hunter Biden's case to ensure that the Biden administration will not be the subject of undue foreign influence.

"A special counsel investigation would presumably provide the assurance that a probe of the president-elect's son and his business dealings while his father was vice president would not be politicised and have impartiality", says Max Parry, an American independent journalist and geopolitical analyst. "The role of a special counsel is undeniably necessary in this case because there are enormous potential conflicts of interest within the Justice Department, the most obvious being that the accused is the son of the next sitting president".

The crux of the matter is now that Hunter Biden is being investigated by the Internal Revenue Service (IRS) over his business dealings, "there is a significant chance that his father, who is slated to take office next month, could be implicated if he indeed allowed his son to commit financial crimes by taking advantage of his position as vice president", according to Parry.

Parry is sceptical about a Biden DOJ being capable of conducting "an even-handed investigation" of the president-elect's family, despite Joe Biden earlier claiming that he wouldn't be meddling in the probe concerning his son. He adds, however, that "such an appointment is not automatically guaranteed to be unbiased", referring to the fact that earlier Mueller conducted a probe into Trump despite being close with James Comey, whom the president had dismissed.

It appears that some Republican lawmakers share similar scepticism concerning the DOJ's impartiality. Speaking to Fox News, Rep. Ken Buck specifically recalled that former Attorney General Eric Holder dubbed himself President Obama's "wingman" in April 2013. In his 7 December letter to then AG Barr, Buck urged the DOJ to appoint a special counsel to investigate Hunter Biden's actions and "the potentially incriminating contents of his laptop", which was exposed in October via a series of publications by The New York Post. 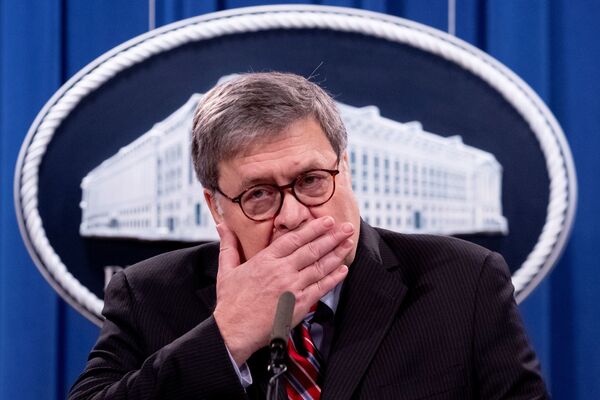 US Attorney General William Barr participates in a news conference to provide an update on the investigation of the bombing of Pan Am flight 103 on the 32nd anniversary of the attack, at the US Department of Justice in Washington, D.C, U.S., December 21, 2020.
© REUTERS / POOL

While the DOJ is apparently weighing the pros and cons of tapping someone to look into Hunter's case, Senators Chuck Grassley (R-Iowa) and Ron Johnson (R-Wisc.), who have been investigating Joe Biden's son since August 2019, have already pledged not to let the Bidens off the hook.

The FBI, IRS, and congressional inquiries into Hunter Biden's business dealings are likely to hurt his father's presidency, Parry believes.

"I think it could potentially undermine [the Biden] administration just as the Mueller investigation undercut Trump and there is a danger it could even possibly have an impact on Biden's foreign policy if the political discourse in Washington becomes dominated by the perception that Biden is suspiciously soft on China", he suggests.

Parry expresses concerns that this could "escalate the already aggressive US saber-rattling towards Beijing" and prompt "the same neo-McCarthyism regarding Biden and China that surrounded the Russia investigation where Trump was accused of being a puppet of the Kremlin".

"However, if that is the case it is because the Democrats established precedent for it with the Mueller probe and the GOP doing so would be tit-for-tat. In that case, the Russia investigation would be 'coming home to roost' for the Democrats and backfiring on them. The Democrats will reap what they sowed", the journalist emphasises. 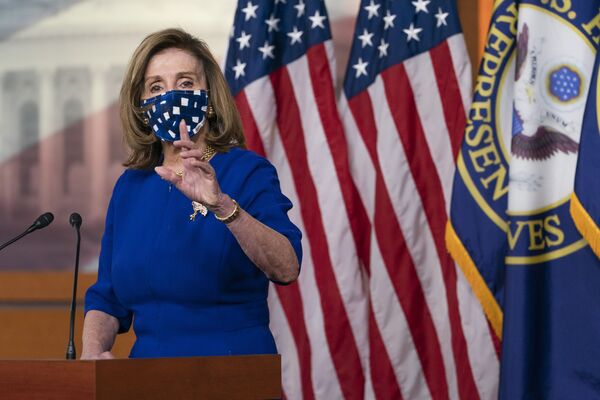 How the Bidens Cashed in on Their Family Name

Meanwhile, The Wall Street Journal revealed on 22 December that Hunter Biden still owns a 10 percent stake in BHR Partners, an investment firm funded primarily by "Chinese government-owned shareholders". This news emerged after President-elect Joe Biden claimed that his son won’t "be involved in any business, any enterprise that is in conflict with or appears to be in conflict with where there’s appropriate distance from the presidency".

The New York Post remarks that although an unnamed source asserted that Hunter Biden is currently "offloading the ownership" in the firm, "that too could invite scrutiny because his stake at one point was worth an estimated $420,000, in part based on capital invested by Chinese partners".

Earlier, the Post released documents potentially showing that Joe Biden could be well aware of his son's dealings in Ukraine and China, something that was later confirmed by Hunter's former business associate Tony Bobulinski.

"Biden allowed his son to conduct numerous business ventures that were obviously profiteering off his role as vice president", says Parry. "There's no question that Biden conducted himself corruptly and that he has done this throughout his entire political career in aiding his own family and friends. His family's financial dealings have been nepotistically converging with his career for years. For example, long before the Burisma saga, when he was senator it was reported that the president elect's younger brother James Biden and Hunter Biden tried to cash in on their family name with foreign investors after acquiring the firm Paradigm Global Advisors".

Previously, the story of the Biden family's financial deals was outlined by Politico in the August 2019 article titled "The Biden family’s strange business history" which detailed how "‘Middle-Class Joe’s' family fortunes have closely tracked his political career".

"So this is a pattern throughout his career but now that he is going to be president and may be implicated in a federal criminal investigation of his son, one would hope that such an inquiry would at least put a lid on 'Biden Inc'. for the sake of his own political survival. If no such scrutiny were taking place, we could only expect for this unethical conduct to continue uninterrupted", Parry concludes.