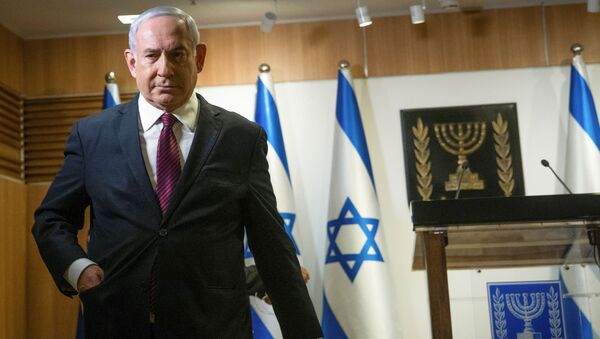 Ekaterina Blinova
All materialsWrite to the author
The upcoming election may reshuffle the balance of power in the political arena of the Jewish state, according to Israeli author Yuri Moor, who explains the reasons behind the Knesset's dissolution and provides a prognosis on the potential outcome of the March 2021 vote.

The Israeli parliament dissolved on Tuesday after lawmakers voted 49 to 47 against legislation that would have given Likud and Blue and White extra time to reach a compromise over the 2021 state budget, leading the country to the fourth election in two years. It is expected that the vote will be held as early as 23 March. Israeli Prime Minister Benjamin Netanyahu is likely to seek re-election amid the ongoing corruption trial against him and the coronavirus pandemic.

What's Behind the Knesset Standoff?

"In Israel, we are witnessing a prolonged confrontation between the leader of the national camp, Benjamin Netanyahu, and what I call the post-Zionist media cartel, which understands that Netanyahu is the main obstacle to their plan to curtail the Zionist project and transform Israel from a Jewish state into a 'state for all'", says Yuri Moor, an Israeli author, publicist, and blogger.

The author recalls that previously, the Israeli mainstream media placed its bet on Kahol Lavan's leader Benny Gantz, promoting him as a worthy rival to Benjamin Netanyahu. However, Gantz's strength was largely overestimated given that he had no influence even within his own party, according to Moor.

"Gantz's party split more than half a year ago when he decided to enter a coalition with Likud in exchange for a promise to receive the prime minister's post in November 2021", he says. "However, even those party fellows who stayed with him did not completely obey him, voting contrary to the coalition's strategy."

Moor elaborates that when Netanyahu and Gantz reached an agreement on passing the state budget and needed extra-time to tie up loose ends, several members of Gantz's party rebelled and refused to vote with the coalition for the postponement of the budget's approval.

"As a result, the law failed to pass, and the parliament dissolved itself", the publicist explains. "The rebellion was backed by the media cartel, which now has a more attractive pick, Gideon Saar, on whom they've pinned their hopes." 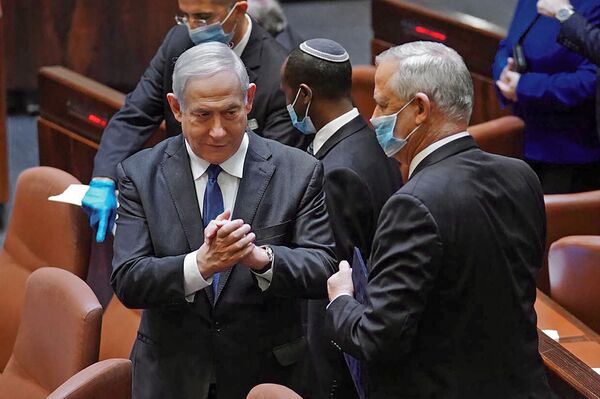 Is Gideon Saar an Ariel Sharon 2.0?

Gideon Saar is an Israeli politician and a former Likud MP who left the Knesset on 8 December 2020, announcing the formation of his New Hope party and a premiership bid.

"The Likud has changed and became a tool serving the personal interests of its leader, including in his criminal trial”, Saar said, as cited by The Jerusalem Post. "I can no longer support the government under Netanyahu and I can no longer be a member of Likud under his leadership."

Moor expects that in the March 2021 elections, the balance of power may be reversed in favour of the Left.

"This will happen because some of the voters will believe that Gideon Saar – the new 'protégé' of the media cartel – represents the right-wing forces, and will give him votes that will be used to remove Netanyahu", he says.

Although Israeli mainstream media journalists are saying that Saar is a conservative and will promote a right-wing agenda, this is not actually the case, the author believes. He recalls that a decade and a half ago, the country's mainstream media also lauded then-Likud leader Ariel Sharon, who was elected as Israel's prime minister in 2001. However, very soon Sharon began to dismantle Jewish settlements and ordered Israel's unilateral disengagement from the Gaza Strip. He was also expected to withdraw from the West Bank after he left Likud in 2005 and formed his own party, Kadima. However, in January 2006 Sharon suffered a massive stroke which ended his political career. The former premier remained in a long-term care facility until his death in January 2014.

Moor has expressed concerns that Saar may turn out as yet another "pseudo-right" politician who will bring an end to the "Jewish nation-state" law and embrace the liberal agenda. 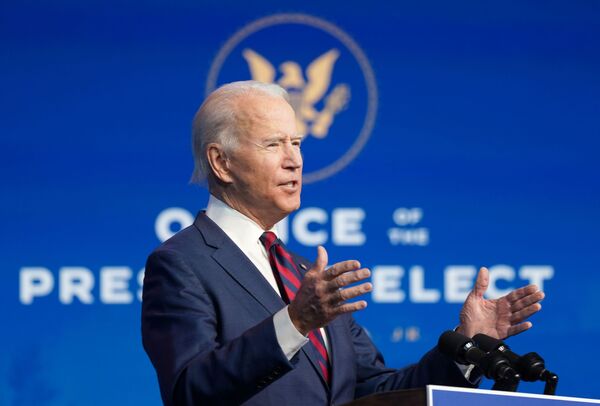 Meanwhile, one might wonder whether Joe Biden's win in the 2020 presidential race has encouraged Netanyahu's political opponents to intensify their offensive against the Israeli prime minister. The US president-elect is expected to follow in the footsteps of the Obama administration with regard to Israel. Netanyahu's relations with Barack Obama and his team were previously described as "strained", as the White House repeatedly clashed with the premier over the Israeli-Palestinian dispute.

"What is happening in the United States did not and does not affect the internal political struggle in Israel", argues Moor.

According to him, there are usually two major factors in Israel which influence the election results: first, it's the mainstream media campaigning; second, the security situation.

"Currently, the situation is calm, there is no external threat, Netanyahu is showing diplomatic achievements, the terror has subsided, and the media cartel comes to the fore", the author opines.

The Israeli establishment is seeking to get rid of the premier by hook or by crook, according to Moor. During the previous election, Netanyahu's criminal cases, inflated by the media, helped to deprive him of those voters who believed that the premier was corrupt. But that wasn't enough, as he managed to come out on top in April nevertheless, the author explains.

"With the appearance of Gideon Saar on the stage, the left has every chance to win this time: Saar under the guise of a right-wing politician may well win a few mandates from the nationalist camp which will pave the way for the victory of the left-wing cartel", Moor concludes.