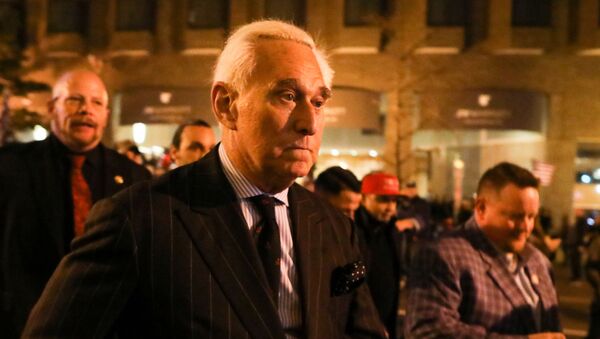 Aleksandra Serebriakova
Moscow-based Sputnik correspondent specializing in foreign affairs.
All materialsWrite to the author
Roger Stone, Trump’s former campaign consultant, was convicted back in November 2019 on seven felony counts, including witness tampering and making false statements to US Congress. His sentence was later commuted by the US president and on Wednesday evening he was issued a full pardon by Trump.

Speaking in a first interview since the news of his pardon broke out, Roger Stone called Donald Trump “the greatest president since Abraham Lincoln” and praised him for having the courage to stand up to the “injustice” he had endured.

“We are very happy, I have an enormous debt of gratitude to God almighty for giving the president the strength and the courage to recognise that my prosecution was a completely politically motivated witch hunt,” Stone told the Fox News host Tucker Carlson.

“The whole thing has been an outrage and my hat is off to the president.” Stone continued.

Roger: "My hat is off to the President, the greatest President since Abraham Lincoln."

​The ex-Trump campaign staffer also had some kind words to say to Carlson, who has been an open supporter of the idea that Stone’s prison sentence was unfair.

“Well Tucker, thanks for your outstanding analysis and reporting on this issue, you have been a paragon of the truth. God bless you and God bless America and God bless our president,” Stone uttered after Carlson congratulated him on the matter.

A Barrage of Christmas Pardons

Back in July, Stone’s prison sentence was commuted by Trump, just several days before he was to start serving 40 months in jail.

Stone was convicted on seven felony charges that included witness tampering, obstruction on official proceeding and making false statements to the US Congress in relation to Robert Mueller’s Special Counsel investigation over claims that Russia has interfered in US 2016 presidential election.

Mueller’s probe could not establish in the end that “Trump campaign conspired or coordinated with the Russian government in its election interference activities”, but several high-profile figures have still be issued prison sentences in relation to the probe.

Stone was not the only individual granted a full pardon by Trump in relation to Mueller’s investigation: the president’s 2016 election campaign chairman Paul Manafort is also on the list of 26 individuals whose criminal records will now be completely scrubbed of all felony convictions. 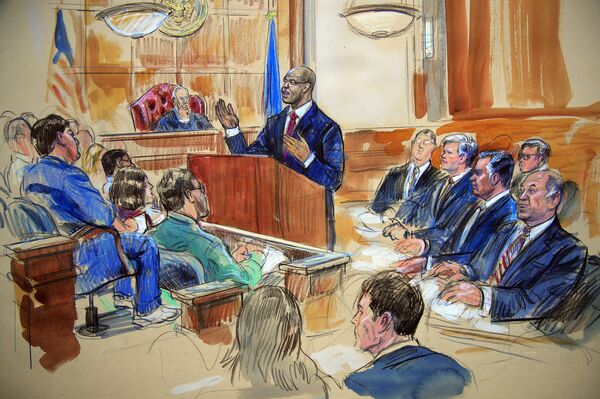 Manafort was indicted back in October 2017 at the request of Robert Mueller over his consulting work for the government of ex-Ukrainian president Viktor Yanukovych. He was later found guilty on eight felony counts, including the provision of false tax returns and bank fraud, and has spent nearly two years in prison before being released to home confinement due to COVID-19 concerns.

Shortly before the Wednesday pardon wave, President Trump issued clemency to his former campaign adviser George Papadopoulos, who was accused and found guilty of making false statements to the FBI about his communications with Russian officials back in 2016.

But it was Lieutenant-General Michael Flynn, Trump's former national security adviser, who was the first one to enjoy the president’s pardon power among the victims of Muller’s probe. In 2017, Flynn was accused of lying to the FBI about the content of his conversations with then-Russian Ambassador to the US Sergei Kislyak during the 2016 transition period. He pleaded guilty to the charges and agreed to cooperate with Mueller’s investigation, but later moved on to withdraw his plea.

On 25 November, Trump announced that he had issued a full pardon to his once high-profile staffer and devoted supporter.