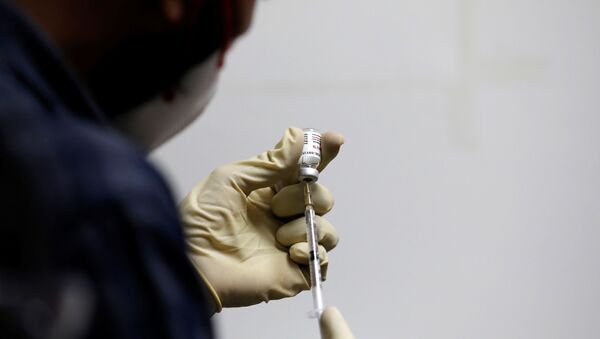 Aleksandra Serebriakova
Moscow-based Sputnik correspondent specializing in foreign affairs.
All materialsWrite to the author
A number of nations shut borders with the United Kingdom and South Africa earlier on news that health experts have detected new strains of SARS-CoV-2 in those countries, potentially more infectious than the original one.

A new strain of coronavirus, dubbed P681H, was detected in Nigeria, the head of Africa Centres for Disease Control and Prevention (Africa CDC) revealed on Thursday.

It cannot be said with certainty whether the mutation is more infectious than previously detected strains, Africa CDC head John Nkengasong said, as studies were still being carried out.

“Give us some time”, Dr Nkengasong said. “It's still very early”.

It’s not clear whether the new strain will be susceptible to the existing COVID-19 vaccines but nothing so far suggests that it won’t be. The new coronavirus variant was reportedly detected in samples that were previously collected in the country on 3 August and 9 October.

Africa CDC is expected to hold an emergency meeting this week to discuss the discovered mutation.

The experts also plan to consider what to do about another coronavirus variant previously found in South Africa, which is believed to be responsible for the recent surge of COVID-19 cases in the country.

The news about the discovery of the new strain in South Africa emerged last week. The variant, titled 501.V2, is believed to be more transmissible to the one previously discovered in the United Kingdom, according to British health secretary.

South African Health Minister Zweli Mkhize has revealed that the coronavirus, driven by a new strain, was now spreading “exponentially” in the country. He noted that existing restrictions have to be reviewed now in a bid to curb “this alarming rate of spread”.

“Unfortunately, Covid-19 is unrelenting and we, therefore, cannot afford to be complacent at this stage”, Dr Mkhize said, noting that there is a chance that the new strain could be more lethal than the original virus.

We have convened this public briefing today to announce that a variant of the SARS-COV-2 Virus- currently termed 501.V2 Variant has been identified by our genomics scientists here in South Africa.#SARSCOV2MediaBriefing

​Similarly to the British variant, it cannot be suggested that COVID vaccines would be ineffective when it comes to the South African mutation.

Germany, the UK, Switzerland, Israel and other countries have now halted all incoming flights from South Africa. Similar measures had previously been introduced against the United Kingdom, which announced last week that they have discovered VUI-202012/01 strain, the variant with a potentially higher transmission rate that the original virus.