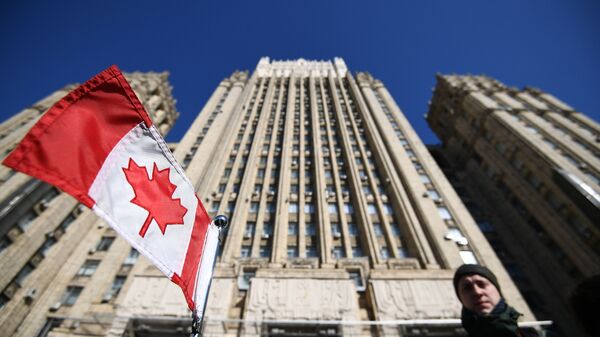 The embassy added that Canada’s government did not request documents on Oberlander and refrains from commenting on his case despite Moscow’s request for legal assistance.

"Despite indisputable facts of the Nazi criminal's guilt, the proceedings... are clearly dragging out," the Embassy said. "It is obvious that the punisher's influential defenders seek to delay as much as possible the implementation of the Supreme Court of Canada ruling, trying to retain his 'Canadian residence permit' until he passes away."

Diplomats quoted Oberlander’s lawyer who said that the case is "far from over" with the deportation process yet to begin.

The Canadian government began trying to strip Ukrainian-born Oberlander of his Canadian citizenship in 1995, citing that he failed to disclose his links to Nazi death squads during World War II. After a lengthly legal battle, Oberlander was stripped of his citizenship for the fourth time in 2017 and Canada’s Supreme Court issued a ruling last December that blocked any possibility for him to appeal the decision.

Russian investigators say that the 96-year-old Oberlander, who currently resides in Canada and has a Canadian citizenship, was complicit in the World War II shooting of 27,000 people in Russia's Rostov region.

Additionally, in February, Russia’s Investigative Committee sent a request to the Canadian authorities to provide legal materials related to the probe of Oberlander’s role in the massacre of orphans in the Russian city of Yeysk during World War II.

The Investigative Committee said that it is assessing Oberlander's role in the crime against humanity, which does not have a statute of limitations in accordance with the 1945 Charter of the International Military Tribunal in Nuremberg.