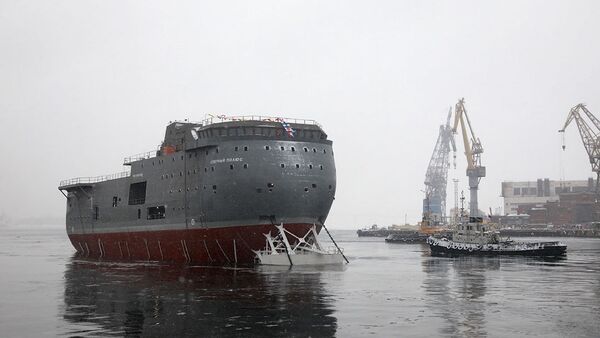 Ilya Tsukanov
All materialsWrite to the author
Last week, a Russian shipyard in St. Petersburg launched a new self-propelled floating science station meant for use in the Arctic. The vessel, appropriately named the ‘Severnyy Polyus’ (lit. ‘North Pole’) has caused something of a stir among some Western observers over its unusual appearance.

The purpose of Russia’s new ice-resistant, self-propelled science platform is to provide a reliable mobile redoubt for scientists working in the Arctic, not win any beauty contests, Arctic and Antarctic Research Institute director Alexander Makarov has told Sputnik.

Earlier, The Warzone published an article on the Severnyy Polyus, the new Project 00903 vessel launched by Admiralty Shipyards on 18 December. While praising the platform’s egg-shaped design for its optimization for endurance and autonomy, the website went with the headline “Russia’s New Long-Endurance Arctic Research Vessel Might Be The Ugliest Ship We’ve Seen” to describe it.

“The unusual shape of the ice-resistant self-propelled platform is not needed for the sake of design. The vessel is going to be in ice most of the time, and thanks to its rounded sides, ice will not crush it, but will squeeze it to the surface,” Dr. Makarov explained. “The main thing is that our platform, due to its features, will be able to provide polar explorers with a comfortable work environment in harsh conditions.”

The academic revealed that the Severnyy Polyus’s design was inspired by the Fram, a Norwegian schooner used in expeditions in the Arctic and Antarctic by famous Norwegian explorers in the late 19th and early 20th centuries. That ship, Makarov recalled, “was built specifically for freezing into the ice, and proved itself excellently during the three year Arctic drift of [explorer Fridtjof] Nansen’s Norwegian polar expedition.” 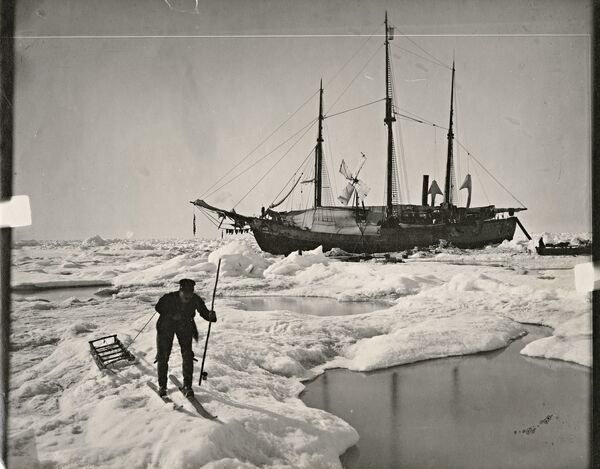 “Incidentally, because of the strange shape of its hull, the Fram was also called names, but now is considered a legendary ship which took part in three of the most important expeditions of [its time]. We believe our platform will have an equally bright career,” Makarov stressed.

According to the academic, many foreign scientists have already expressed interest in taking part in future expeditions aboard the Severnyy Polyus.

The Severnyy Polyus is the first vessel in the Project 00903 series. It’s being built for the Russian Federal Service for Hydrometeorology and Environmental Monitoring by Admiralty Shipyards, a subsidiary of United Shipbuilding Corporation.

When completed, the polar station will be charged with carrying out oceanographic, acoustic, geophysical and geological observations in the Arctic Ocean. It will be capable of independently drifting and moving in ice at speeds of up to ten knots, and will be equipped with enough fuel to allow it remain in autonomous operation for up to two years at a time. The platform will include a modern laboratory, communications facilities, and a landing area for Mi-8 and Mi-38 helicopters. The platform is 83.1 meters long, 22.5 meters wide, and has a displacement of about 10,400 tonnes. The station’s crew will consist of 14 personnel and 34 scientists. The vessel was laid down in April 2019, and is expected to be completed in 2022.

The mobile science facility will continue the well-worn Russian tradition of using floating stations to carry out academic work. Starting in the 1930s, Soviet scientists began to set up outposts aboard floating icebergs and conducted research as the bergs floated around the Arctic Ocean. These stations were dubbed ‘North Pole-1’ ‘North Pole-2’ ‘North Pole-3’ etc, with over three dozen such stations set up in the past 80+ years, serving from one and nine years at a time, and traveling up to 17,000 km during use. These stations allowed scientists to make important insights in regional geography, including the deep-water Lomonosov Ridge, as well as local weather patterns.