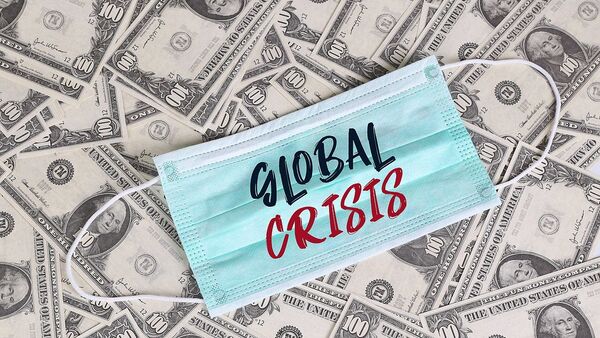 CC BY 2.0 / Jernej Furman / US Dollars and a face mask
Subscribe

Ilya Tsukanov
All materialsWrite to the author
The COVID crisis has hit the world’s economies hard, with International Monetary Fund chief Kristalina Georgieva describing the downturn as the worst crisis since the Great Depression. At the same time, the world’s richest have enjoyed a major surge in their fortunes, with the wealth of US billionaires alone rising by nearly $1 trillion.

At least 50 new billionaires have emerged in the global healthcare sector in the wake of the coronavirus pandemic, with executives from pharmaceutical companies, investor scientists, and companies making medical equipment, testing, diagnostics, packaging, and personal care products cashing in, according to Forbes.

These people's bank balances have bulged thanks to the strong growth of stock indexes, with investors flocking to firms developing vaccines, treatments, and various medical devices. Government contracts for supplies, treatments, and vaccines made up much of the rest of the windfall.

The fastest rise in wealth was enjoyed by Ugur Sahin and Stephane Bancel, the CEOs of BioNTech and Moderna, whose companies got onboard the money train by creating two of the major coronavirus vaccines being made available in the US and Europe. Starting out the year as ‘virtual unknowns,’ the two men’s fortunes are now estimated at $4.2 billion and $4.1 billion, respectively. The vaccine developed by BioNTech in collaboration with Pfizer began a UK and US rollout earlier this month, with the Moderna mRNA preparation approved for emergency use by the US Food and Drug Administration. 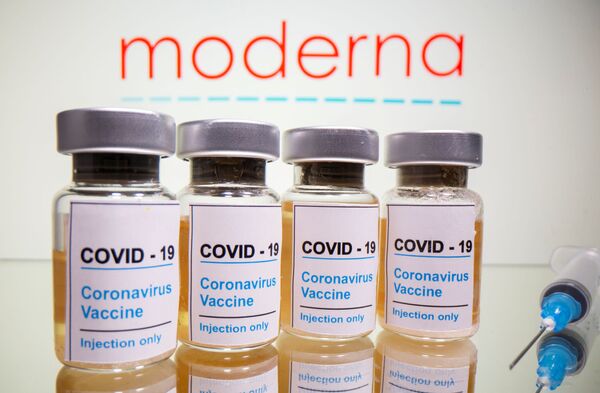 Vials with a sticker reading, "COVID-19 / Coronavirus vaccine / Injection only" and a medical syringe are seen in front of a displayed Moderna logo in this illustration taken October 31, 2020.
© REUTERS / DADO RUVIC

Yuan Liping, a Canadian national and the ex-wife of Shenzhen Kangtai Biological Products chairman Du Weimin, who owns nearly a quarter of China’s major vaccine producers, is number three of Forbes’ new billionaire list, with her fortune estimated at $4.1 billion, with a major income source coming from the manufacturing rights for the AstraZeneca-University of Oxford vaccine.

The vast majority of the new billionaires come either China or the US, accounting for about 4/5 of the list.

Along with vaccine makers, the listing includes medical equipment manufacturers like Hu Kun, a Chinese national who serves as chairman of Contec Medical Systems, which provides hospitals in China and around the world with products like stethoscopes and blood pressure monitors, and whose fortune now tops $3.9 billion. Sergio Stevanato, whose Italian medical packaging company Stevanato Group has enjoyed a major bump in profits, accumulated his $1.8 billion in part through the supply of vials for dozens of vaccines and vaccine candidates, including via a deal with the Bill and Melinda Gates Foundation-funded Coalition for Epidemic Preparedness and Innovations.

The World Bank expects a 5.2 percent contraction in global GDP in 2020, with the crisis described as “the deepest global recession in decades.” In many other developed countries, unemployment has skyrocketed, and tens of thousands of small and medium-sized businesses have been forced to shut down due to restrictions aimed at curbing infection rates. In the US, a federal moratorium on evictions will expire on 31 December, and millions of Americans fear that they will become homeless.

The crisis has been good to the planet’s wealthiest, however, with Business Week reporting earlier this month that US billionaires’ net worth grew to $4 trillion during the crisis, while billionaires’ wealth worldwide has been projected to have risen to over $10 trillion, thanks largely to timely investments to adjust to COVID conditions, as well as stock market speculation. Jeff Bezos, Elon Musk, Mark Zuckerberg, and Bill Gates have all saw their net worth rise by tens of billions of dollars between March and October.