No Indication That Immigration Will Ever Become Profitable, Swedish Prof Warns 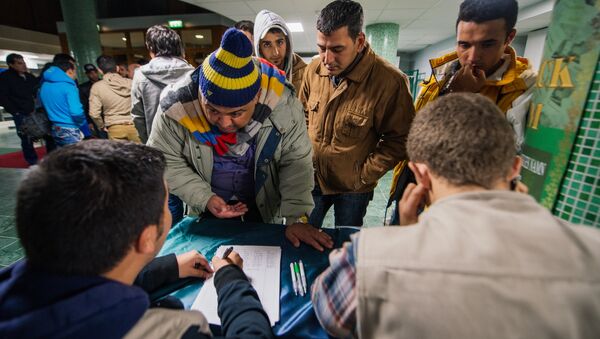 Igor Kuznetsov
All materials
Every year, the public sector redistributes resources from the domestic-born to the foreign-born, economics professor Mats Hammarstedt wrote, describing immigration a “loss-making affair” for the public finances due to long-term unemployment.

The situation in the labour market means that immigration entails a lasting loss for public finances, Mats Hammarstedt, a professor of economics at Linnaeus University in Växjö and the Institute for Business Research has written in an opinion piece in the newspaper Dagens Näringsliv.

The lack of integration of the foreign-born into the labor market is well-documented, and the situation has remained largely unchanged in recent decades, Hammarstedt stressed, calling immigration “a loss-making affair” and emphasising that the ongoing pandemic has further exacerbated the situation for groups with difficulties in the labour market.

“Every year, the public sector redistributes resources from the domestic-born to the foreign-born, and the long time it takes for refugee immigrants and their relatives to establish themselves in the labour market means that immigration entails a cost to public finances even long after the refugees have immigrated to Sweden,” Hammarstedt wrote.

Hammarstedt emphasised that the number of non-European immigrants in Sweden has increased significantly. In 2019, just over 230,000 people in Sweden were born in Africa and around 780,000 were born in countries in Asia. For these groups of people, the level of unemployment has remained almost exactly the same between 2010 and 2019 (26 percent for the Africans and 22-24 percent of the Asians), despite the fact that the groups have almost doubled in size during the period.

'Not Beneficial': Think Tank Puts Huge Price Tag on Iraqi, Somali Migrants
Those born in countries outside Europe are over-represented in unemployment, and the situation is particularly difficult for people with low education, a lack of language skills and weak contact networks. A large part of the future integration challenge lies in making newcomers with low education employable, Hammarstendt mused.

Therefore, the argument that “immigration initially implies a net cost to public finances, but in the long run leads to profits” does not seem to be true in the current situation, according to Mats Hammarstedt.

“With extensive immigration and high unemployment in the groups that are growing in size, the risk is obvious that what is usually called 'long-term' will never manifest in society. Instead, the problems risk getting worse in the long run because new people are constantly being integrated, and unemployment in the growing groups is largely unchanged,” the professor wrote.

Job creation for the low-educated immigrants has been a constant headache for the Swedish government, especially after the migrant crisis of 2015, when 163,000 asylum seekers entered Sweden in a single year, and the “shower of competence”, as the Swedish media put it, largely failed to materialise. In 2016, Swedish Prime Minister Stefan Löfven pledged to put a greater emphasis focus on job creation in Sweden and mobilise at least 30,000 menial jobs in both the private and public sectors in a bid reach the lowest unemployment in the entire EU. However, things didn't go as smoothly as planned. Sweden's current unemployment level stands at 9.0 percent, below the EU average of 7.6 percent.

Meanwhile, the share of population with a foreign background in the country that has been relatively homogeneous half a century ago has been steadily rising in recent decades. According to Statistics Sweden, 26 percent of the country's registered inhabitants country have a foreign background, which compares with 15 percent in 2000. According to an outdated counting method, where having at least one foreign-born parent counts as foreign background, the proportion is 33 percent. Among young children, the proportion of non-ethnic-Swedish is even higher.