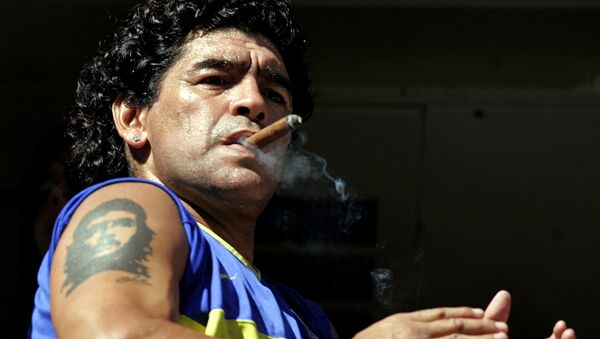 The football star died of a cardiac arrest on 25 November, several weeks after undergoing brain surgery to remove a blood clot. He was 60 years old.

Diego Maradona’s autopsy has shown that the footballer did not consume alcohol or any illegal narcotics prior to his death. He had been taking several medicines to treat depression and anxiety, but “there was no presence of [illegal] drugs,” a judicial official told Reuters.

The autopsy, released by the Buenos Aires Scientific Police on Wednesday, was based on urine and blood samples and showed that the football star had problems with his kidneys, lungs and heart.

Last week, an Argentinian court ruled that the body of the late Maradona “must be conserved” in case his DNA is needed in a paternity case. The footballer left behind five legally recognised sons and daughters, but there are also six children with filiation requests.

Maradona's doctor Leopoldo Luque, who was accused of involuntary manslaughter in connection with his death, said that no medical error had occurred and that everything had been done to save the late football legend.

Maradona's death has prompted an outpouring of grief among football fans and sports colleagues around the world.