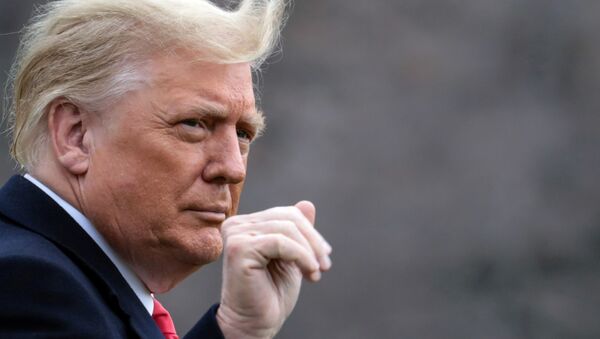 Svetlana Ekimenko
All materialsWrite to the author
Donald Trump announced a wave of pardons on Tuesday to over a dozen individuals ahead of his anticipated exit from the White House, after his Democratic opponent in the election on 3 November Joe Biden was officially proclaimed President-elect.

Donald Trump on Tuesday granted clemency to a slew of convicted criminals, in line with a tradition for outgoing 'lame duck' Presidents during their final months in office.

Accordingly, before handing over the reins to his successor, Democratic President-elect Joe Biden, Trump had been anticipated to announce a number of high-profile pardons.

Here is a look at the people currently singled out for last-minute clemency at the recommendation of Trump allies in Congress and, in some cases, the conservative media.

George Papadopoulos was the first Trump campaign worker to be convicted during the Russiagate investigation conducted by US Special Counsel Robert Mueller. A former volunteer foreign policy advisor to Donald Trump’s campaign, he first came to the attention of the Federal Bureau of Investigation regarding his contacts in 2016 related to US-Russian relations.

On 5 October 2017, Papadopoulos pleaded guilty to making false statements to the FBI regarding his interactions with a mysterious Maltese professor Joseph Mifsud in what was the first guilty plea of those charged in the Russia probe following the US 2016 presidential election.

Then-presidential candidate Trump terminated Papadopoulos as his foreign policy adviser for his campaign following the conviction, claiming instead that he was only a “coffee boy”. 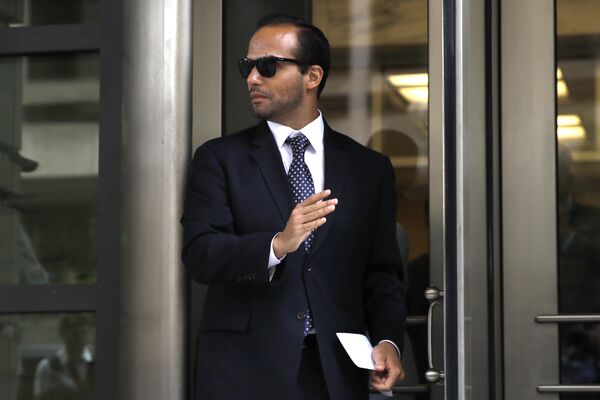 The former campaign aide has since published a book "Deep State Target: How I Got Caught in the Crosshairs of the Plot to Bring Down President Trump."

​In 2019 Papadopoulos ran for Congress in California's 25th District following Democratic Rep. Katie Hill's resignation, yet was defeated in the March primary.

Belgian-born Dutch attorney Alex van der Zwaan on 20 February 2018 pleaded guilty to one count of making a false statement to Robert Mueller investigators while answering questions about alleged Russian interference in the 2016 United States elections, and into the Ukrainian and Russian connections of Trump campaign adviser Paul Manafort. The Ukrainian Ministry of Justice was his firm's client and central to the indictment. 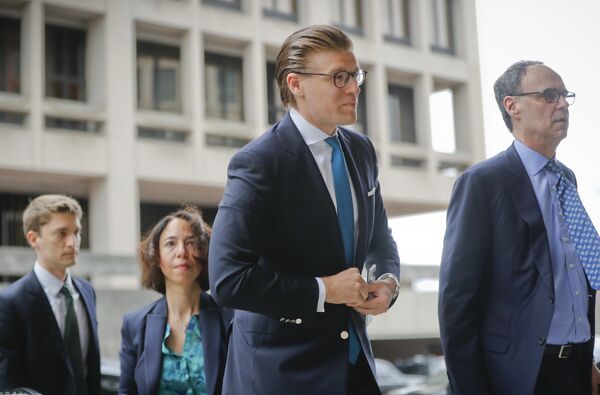 Van der Zwaan, who is also the son-in-law of the Ukrainian-Russian billionaire German Khan, co-founder and co-owner of investment company Alfa Group,was sentenced to 30 days in jail and fined $20,000 before being deported to the Netherlands in June 2018.

Also pardoned Tuesday were two Republicans who once served in Congress, Duncan Hunter and Chris Collins. 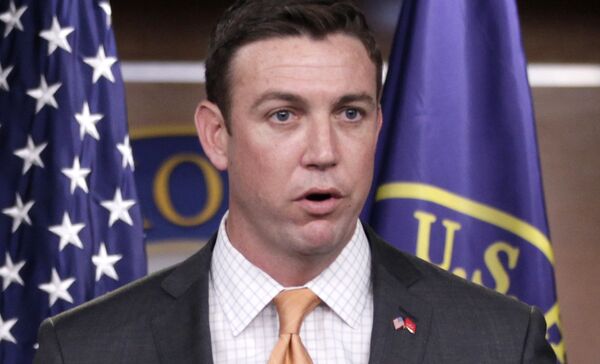 In December 2019 he pleaded guilty to one count of conspiracy to misuse more than $200,000 in campaign funds for personal expenses that included a $14,000 Italian vacation and thousands of dollars on routine items like groceries, bedding and other household items. He was sentenced earlier this year to 11 months in prison and three years of supervised release.

Hunter was recommended for a pardon by "many members of Congress", according to the White House release.

Chris Collins, a former New York congressman, had been serving a 26-month prison sentence in a minimum-security federal prison in Florida since October after he pleaded guilty to one count of conspiracy to commit securities fraud and one count of making a false statement.

​During the White House's annual congressional picnic in June 2017, Collins had shared non-public information with his son Cameron pertaining to failed trial results for a multiple sclerosis drug the Australian biotech company Innate Immunotherapeutics Limited, of which he was a board member, was developing.

Subsequently, he lied to FBI agents to cover up the transgression. The stock trades allowed Cameron Collins, a co-defendant in the case, to dodge over $750,000 in losses, according to federal prosecutors.

Collins resigned from Congress, where he represented New York's 27th Congressional District for nearly seven years, on 30 September 2019, a day before his guilty plea.

Four Blackwater guards involved in a deadly shooting of Iraqi civilians were also included in the Trump clemency list. 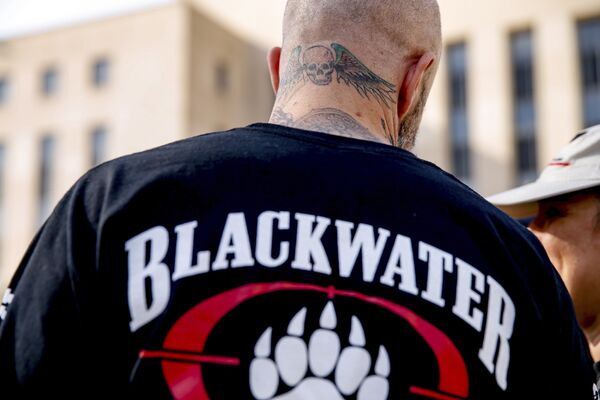 The Nisour Square Massacre occurred on 16 September 2007, when employees of the private Blackwater Security Consulting firm, contracted by the US government to provide security services in Iraq, shot at Iraqi civilians, killing 17 and injuring 20 in Nisour Square, Baghdad, while escorting an American embassy convoy.
According to the Blackwater, their convoy came under attack, with defence attorneys claiming the witness accounts had been fabricated.

Pardons were supported by a number of members of Congress, according to the White House.

In a case that had become a political flashpoint at the time, two Border Patrol agents, Ignacio Ramos and Jose Compean, now pardoned by Trump, received 11- and 12-year prison sentences for their role in a shooting on 17 February 2005, on the US-Mexico border southeast of El Paso, Texas.

Ramos and Compean had insisted at the trial that illegal immigrant, Osvaldo Aldrete-Davila, had brandished a gun while actively resisting arrest. Aldrete-Davila was shot while fleeing toward the Rio Grande.

The two agents were convicted of assault with a dangerous weapon, lying about the incident and violating Aldrete-Davila's Fourth Amendment right against illegal search and seizure. Their sentences were later reduced through presidential commutation by George W. Bush.

Other pardons were for Alfonso Costa, a dentist who pleaded guilty to health care fraud; Alfred Lee Crum, who pleaded guilty in 1952 to illegally distilling moonshine; Weldon Angelos, who was sentenced to 55 years in prison for selling marijuana and carrying a handgun; Philip Lyman, a county commissioner in Utah who was sentenced to 10 days in jail related to his protest of ATV restrictions on federal land; and Otis Gordon, who was convicted of possession with intent to distribute.