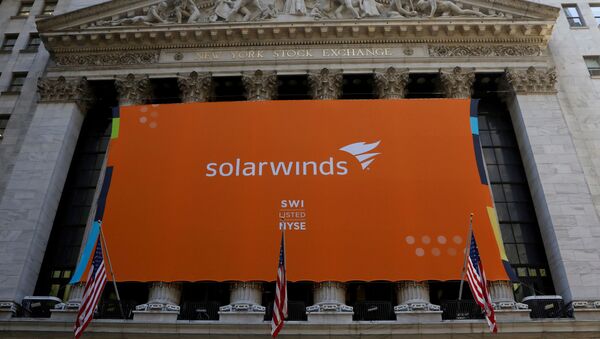 Kirill Kurevlev
Correspondent
All materialsWrite to the author
Last week high-ranking US officials confirmed that SolarWinds' Orion software was breached as a result of a cyber-attack that has taken place over the course of several months. The software is used to provide network and system monitoring support for a large number of US federal agencies as well as many corporations.

The US treasury was notified by Microsoft of the breach that was made into its IT systems, and that many staff email accounts were compromised, according to Senator Ron Wyden's statement on Monday.

The senator stated that the US treasury suffered a serious breach, beginning in July, and the full depth of it is still unknown.

The statement follows the Finance Committee staff briefing by the Treasury Department and IRS on the SolarWinds hack issue. Wyden added that there is no evidence of the IRS systems suffering any damage, nor of taxpayer data being compromised, though the hack of the treasury "appears to be significant".

According to Wyden, hackers successfully broke into systems in the Departmental Offices division of Treasury as well, which is home to the department’s highest-ranking officials.

"Treasury still does not know all of the actions taken by hackers, or precisely what information was stolen", he said.

Earlier, US Treasury Secretary Steve Mnuchin said the so-called SolarWind hack that has targeted the US Treasury systems has affected the unclassified data, but has not done any damage to the clasified systems.

The US claimed that the hacker group may have been backed by China or Russia in order to obtain the data of government and corporate clients, such as the US Treasury, the departments of State, Homeland Security, Human Services, and a handful of others. Among the targets reportedly were major companies such as Cisco Systems and Microsoft, as well as several think tanks that were not named.