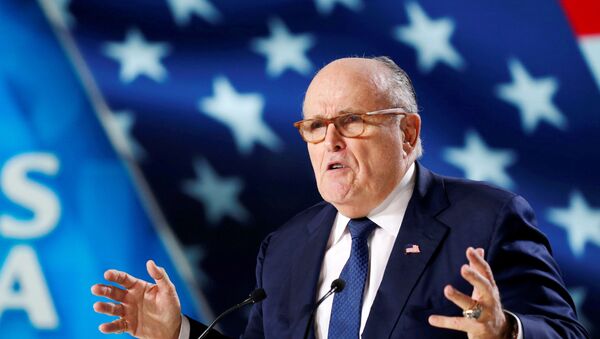 Aleksandra Serebriakova
Moscow-based Sputnik correspondent specializing in foreign affairs.
All materialsWrite to the author
It was reported last year that Donald Trump’s personal lawyer, former NYC mayor Rudy Giuliani was under federal investigation over his business dealings in Ukraine, but the scope of this probe remains unclear.

Federal prosecutors could make a legal request into Rudy Giuliani’s electronic communication over a “very active” investigation into his Ukraine activities, as relevant discussions have been held between the Southern District of New York (SDNY) and the Justice Department, sources familiar with the matter told NBC News.

According to insiders, the SDNY prosecutors need the DoJ's approval before they can get a search warrant to dig into Giuliani’s emails that could hold some sensitive attorney-client information, but it’s not clear so far whether their intentions have been okayed by the department. 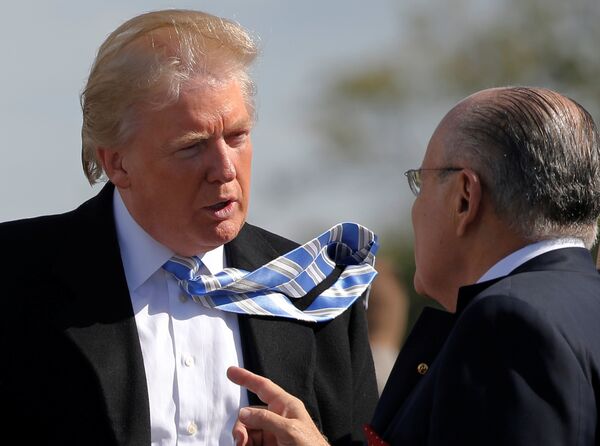 Little has been known about this probe into Giuliani’s business deals in Ukraine after it was reported in October 2019 that Trump’s lawyer was under investigation from the SDNY Attorney over potential violation of his lobbying activities in the country.

Later it was claimed that his bank records were under review, citing Giuliani’s possible interest in Ukrainian gas ventures. Giuliani rejected accusation of having any ambitions of such kind, but multiple subpoenas were later issued to his business associates to investigate conspiracy and money laundering charges, according to a Wall Street Journal report.

In October 2019, two of his former partners, Lev Parnas and Igor Fruman were arrested and charged, in relation to wire fraud conspiracy and financial mismanagement allegations. They were specifically accused of trying to redirect Ukrainian funds to the US in attempt to “influence” relations between the two countries, while searching for information to counter Robert Mueller’s probe into claims that Russia had interfered into the 2016 US presidential election. Both men have pleaded not guilty to all the charges, but Parnas’s arrest has revealed Giuliani’s financial links and payments received from the Ukraine-born man’s co-founded company Fraud Guarantee.

The Washington Post reported in February this year that prosecutors have continued looking into additional documents and witness testimonies in relation to the ongoing Giuliani probe. These activities are said to have been taking place through the final steps of the impeachment trial against President Donald Trump.

The Bidens, Trump and the Ukraine Scandal

POTUS was impeached by the US House of Representatives in December 2019 following accusations that he had abused his power in attempts to pressure Ukrainian President Volodymyr Zelensky to launch an investigation into Joe Biden’s activities in Ukraine, but was acquitted in February by the Republican-dominated Senate.

Biden’s family business dealings in Ukraine, as well as Rudy Giuliani’s efforts to look for more information on the matter, have remained a source of public controversy in the United States even after the former vice president was confirmed by the Electoral College in December as president-elect.

Accusations have persisted that Joe Biden had been engaged in a conflict of interest when his son Hunter was appointed to the board of directors of the Ukrainian energy company Burisma in 2014, while his father was overseeing US policy towards the country. Biden has also been accused of playing a role in the ousting of Ukraine's Prosecutor General Viktor Shokin, who was investigating corruption charges against Burisma during that time – the claims that have been long propagated by both President Trump and Giuliani. 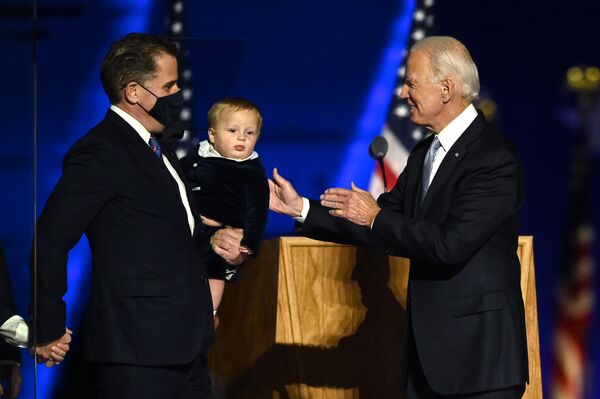 US President-elect Joe Biden stands with grandson and son Hunter Biden after delivering remarks in Wilmington, Delaware, on November 7, 2020, after being declared the winners of the presidential election
© AFP 2022 / JIM WATSON

It was revealed this month that the US attorney for the District of Delaware had earlier launched a probe into Hunter Biden’s tax affairs in relation to his business activities in Ukraine and China.

His father Joe Biden is expected to be inaugurated on 20 January following confirmation from the US Congress, a process that still could see some opposition from Trump’s Republican supporters. It is not clear how far the probe into his son’s activities would go after that point, as US Attorney-General William Barr, who is planning to leave his post on 23 December, said during a conference this week that he was not planning to appoint a special counsel to assist in the investigation into Hunter Biden.