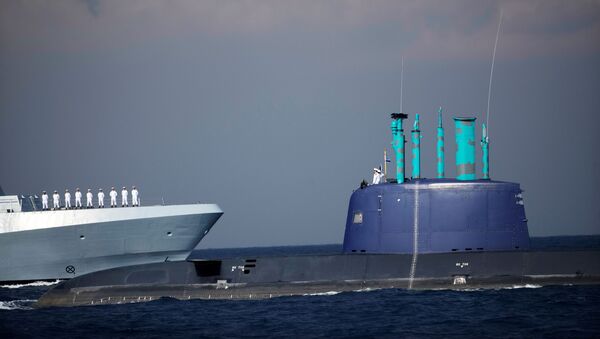 Svetlana Ekimenko
All materialsWrite to the author
A US nuclear-powered submarine entered the Persian Gulf through the Strait of Hormuz on 21 December as part of Washington’s latest deterrence mission against Iran as tensions spiked after Secretary of State Mike Pompeo blamed Iranian-backed militias for a rocket attack on the American Embassy compound in Baghdad on Sunday.

An Israeli Navy submarine visibly crossed the Suez Canal above water last week in what is being seen as a show of force aimed at Iran, Kan News, a public broadcaster, reported on Monday night.

​Arab intelligence officials had reportedly confirmed to Kan News that the IDF Navy submarine surfaced and faced the Persian Gulf, which lies on the other side of Saudi Arabia, in a deliberate act, approved by Egypt, and purportedly intended to ‘send a message’ to Iran's supreme leader Ali Khamenei.

There has not been any official comment from the Israel Defence Forces, with the IDF saying it does not respond to “reports of this kind.”

Earlier, on 21 December IDF Chief of Staff Aviv Kohavi voiced a warning to Tehran against attacking Israel, vowing that the Jewish state would retaliate forcefully against any aggressive moves.

“Recently, we have heard increased threats from Iran against the State of Israel. If Iran and its partners, members of the radical axis [Iran, Syria, Hezbollah and Palestinian terror groups], whether in the first circle of states or the second, carry out actions against Israel, they will discover their partnership to be very costly,” Kohavi was quoted by The Times of Israel as saying at a military ceremony. He added:

“The IDF will forcefully attack anyone who takes part, from near or far, in activities against the State of Israel or Israeli targets. I am saying this plainly and am describing the situation as it is — the response and all the plans have been prepared and practised.”

The reported move by the IDF Navy comes as a similar manoeuvre was undertaken on Monday by a US submarine. The US Navy confirmed that the guided-missile submarine USS Georgia entered the Persian Gulf through the Strait of Hormuz on 21 December, accompanied by two American warships, the guided-missile cruisers USS Port Royal (CG 73) and USS Philippine Sea (CG 58), amid heightened tensions with Iran.

​A US Navy official confirmed to Fox News that the latest movements in the Persian Gulf had been “long planned” ahead of the approaching anniversary of the killing of top Iranian General Qasem Soleimani, the head of the Islamic Revolutionary Guard Corps' (IRGC) Quds Force, in Iraq on 3 January 2020 by an American drone. 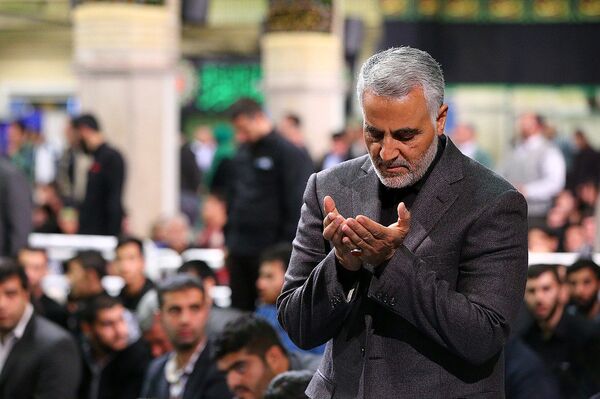 According to the American official, the manoeuvres were not in response to the rocket attack on the US Embassy compound in Baghdad on Sunday.

According to a statement from the US Navy, accompanied by photos of USS Georgia at the surface, the vessel can carry 154 Tomahawk cruise missiles and 66 special forces soldiers.

The Navy warned that the military move seeks to demonstrate “the United States’ commitment to regional partners and maritime security with a full spectrum of capabilities to remain ready to defend against any threat at any time.”

US military officials have been apprehensive of a possible attack by Iran to avenge the assassination of Soleimani in a US drone strike near Baghdad airport in Iraq in early January.

Iran’s Revolutionary Guards Chief Commander, Hossein Salami, said in September on the guard’s website that Tehran will avenge the US killing of its top commander General Qasem Soleimani by targeting those involved, in an “honourable” retaliation.

The show of force in the Persian Gulf comes amid heightened tensions with Iran after US Secretary of State Mike Pompeo laid the blame with Iranian-backed militias for a rocket attack on the US Embassy compound in Baghdad on 20 December.

The attack left at least one local civilian dead, while no embassy personnel were killed or injured, according to NPR, which cited US diplomatic sources.

In its statement, the US Embassy in Baghdad slammed the attack as a “violation of international law” and an assault on the “sovereignty of the Iraqi government,” calling on Iraqi political and governmental leaders to “hold accountable those responsible”.

Mike Pompeo in a Sunday statement similarly denounced the attack.

"The United States strongly condemns the latest attack by Iran-backed militias on the International Zone in Baghdad," he said.

Iran has vehemently refuted the accusations made by the US. 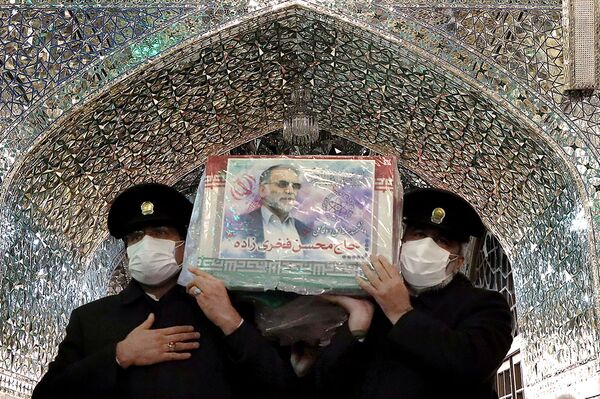 The physicist was killed by gunfire east of Tehran, with Iran’s Supreme National Security Agency claiming that Israeli spy agency Mossad and the People's Mujahedin Organisation, an Iranian political-militant group banned in the country, were involved in the killing. Israel has since stopped short of officially commenting the death of the scientist or the allegations.