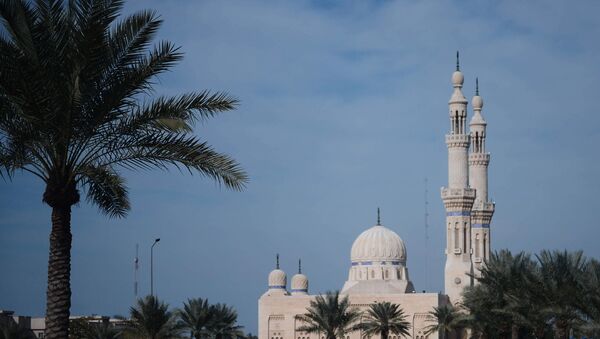 "The rockets that fell down hit civilians and private property, they were aimed to create a type of chaos. Such operations are criminal and cowardly, and affect the name and the image of Iraq. They are rejected by the people, authorities and all right-thinking individuals," Al-Kadhimi said, as quoted by the office, during a press conference.

Diplomatic missions are under the country's protection within the framework of international law, the prime minister added, noting that the state is the one who decides on "peace and war" and concludes agreements, and any aggression or violation is unacceptable and punishable, according to the law.

"We carried out arrests last night and seized a number of rockets and rocket launchers, preventing the second operation that was under preparation. We work around the clock for the country's stability and the protection of the people, especially vulnerable groups," Al-Kadhimi added.

The local authorities are working to fix the devastation that was caused over the previous years at the hands of corrupt people, the prime minister highlighted, as cited by the office.

On Sunday, three rockets were fired at the capital's green zone, targeting the US diplomatic mission, in particular. The embassy's air defense systems responded to the attack, and US Secretary of State Mile Pompeo then said that no embassy personnel were harmed, but there was one civilian casualty. Pompeo has accused "Iran-backed militias" of carrying out the attack, but Tehran strongly denied the accusations.

The Green Zone comes under occasional rocket attacks as it is the location where government buildings and foreign embassies are situated, which is also not far from the Baghdad International Airport, adjacent to a military airfield. Previous such incidents did not result in casualties among the civilians and did not cause significant damage.

In mid-June, the joint command of the Iraqi armed forces said that Al-Kadhimi had ordered the establishment of special committees to curb such attacks.