Over the weekend, the UK announced the discovery of a new coronavirus strain that is said to be more transmissible than other variants of the virus.

A new, more contagious COVID-19 strain has forced millions of Britons to scrap their Christmas plans just days before the much-anticipated holiday as the "mutant" version of the virus has led the government to put parts of the country, including London, on lockdown.

Hundreds of flights have been cancelled as countries in the EU and beyond have imposed travel bans to and from the UK since the mutation was discovered the weekend before the Christmas holiday.

The weekend also witnessed thousands of Londoners forming huge queues at train stations, as people tried to flee the English capital before midnight ahead of the strictest Tier 4 restrictions, announced by the government due to the new strain.

Previously there were plans to allow cross-tier travel for household mixing for a period of up to five days during the Christmas festivities, but Tier 4 indefinitely prohibits non-essential travel out of the area as well as household mixing, including throughout the holiday season.

Aside from "stealing" Christmas, the new strain of the coronavirus, which is believed to transmit up to 70 percent faster than the original coronavirus, has prompted France to shut its borders to UK lorry traffic in a bid to curb the spread of the mutated virus, thus causing chaos at a number of ports, with “miles of lorry queues” spotted in Kent.

While the EU is working to set up protocols to resume travel with the United Kingdom, British Prime Minister Boris Johnson has assured the public that the disruption at key ports, such as Dover, won't affect the vast majority of food and medical supplies. 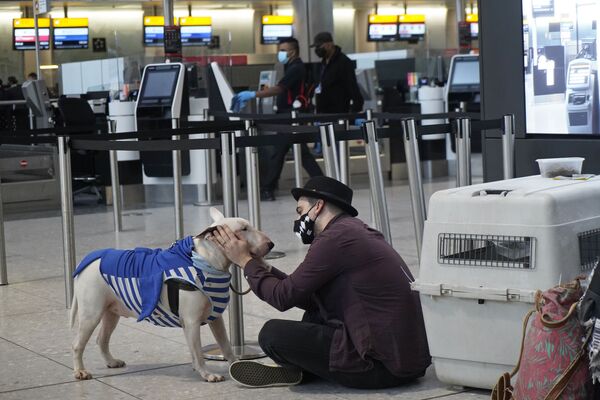 1/15
© AFP 2022 / Niklas Halle'n
A traveller wearing a face covering sits with a dog at Heathrow Airport's Terminal 2 in west London on 21 December 2020, as a string of countries around the world have banned travellers arriving from the UK, due to the rapid spread of a new, more-infectious coronavirus strain. 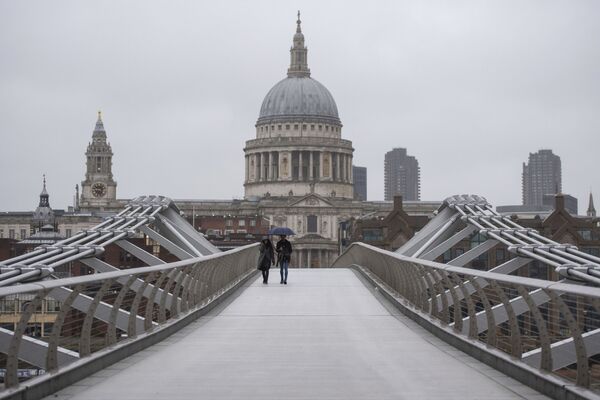 2/15
© AP Photo / PA / Dominic Lipinski
People walk across the Millennium Bridge in London, Monday 21 December 2020. Millions of people in England have learned they must cancel their Christmas get-togethers and holiday shopping trips. 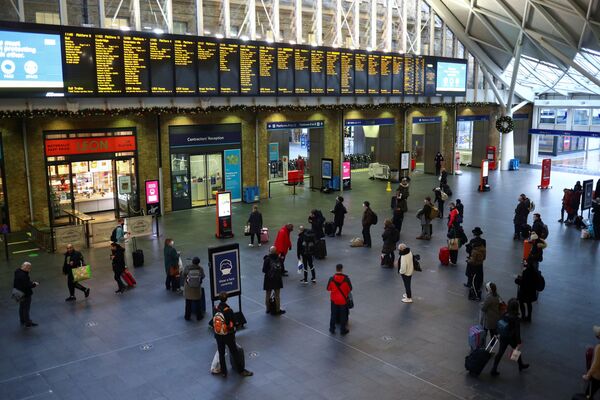 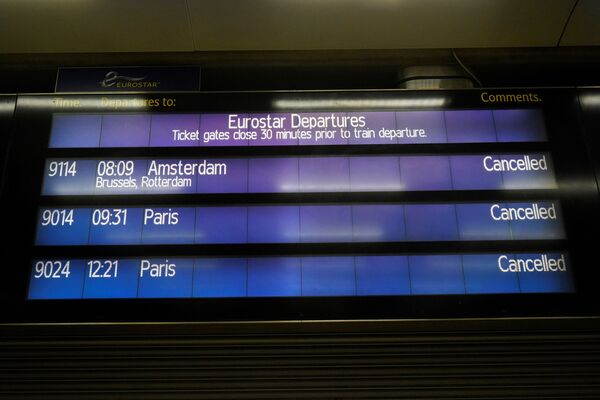 4/15
© AFP 2022 / Niklas Halle'n
Electronic display boards show the 'Cancelled' status of Eurostar train services that were set to leave from St. Pancras International station, bound for Amsterdam and Paris, in London on 21 December 2020. 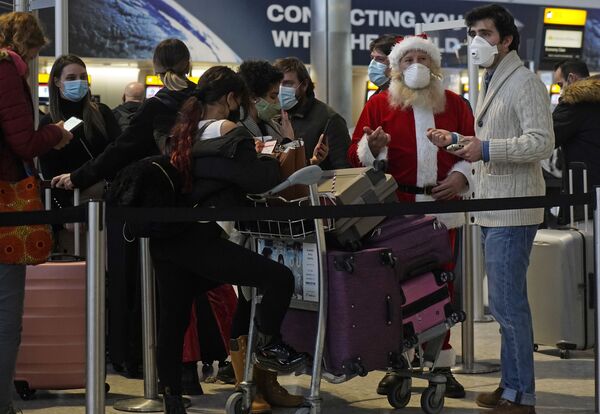 5/15
© AP Photo / Niklas Halle'n
Travellers, one dressed in a Father Christmas outfit and all wearing face coverings, queue with their luggage in the departures hall at Terminal 2 of Heathrow Airport in west London on 21 December 2020, as a string of countries around the world banned travellers arriving from the UK, due to the rapid spread of a new, more-infectious coronavirus strain. 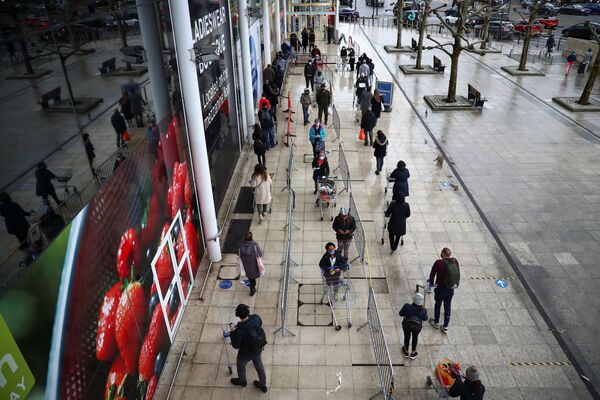 6/15
© REUTERS / Hannah McKay
People queue outside a Tesco store, amid the spread of the coronavirus disease (COVID-19), as new restrictions come into force, in London, Britain 21 December 2020. 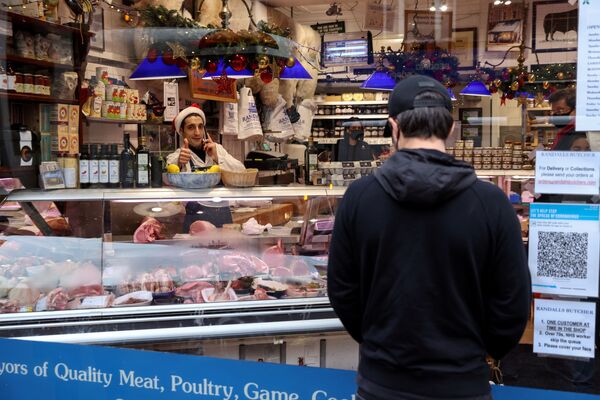 7/15
© REUTERS / Kevin Coombs
A butcher gestures whilst customers wait in line as EU countries impose a travel ban from the UK amid alarm about a rapidly spreading strain of coronavirus, in Fulham, London, Britain, 21 December 2020. 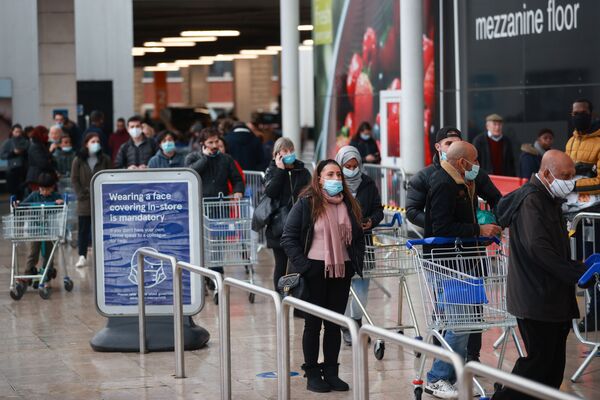 8/15
© REUTERS / Hannah Mckay
People queue outside a Tesco store, amid the spread of the coronavirus disease (COVID-19), as new restrictions come into force, in London, Britain 21 December 2020. 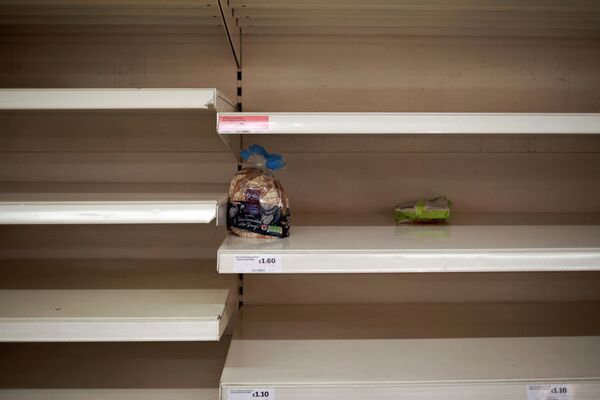 9/15
© REUTERS / Hannah McKay
Bread is seen on an almost empty shelf as people shop at a Sainsbury's store, amid the coronavirus disease (COVID-19) outbreak, in London, Britain 21 December 2020. 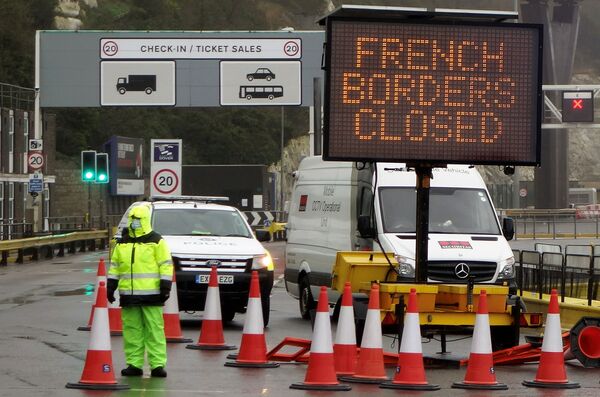 10/15
© AFP 2022 / William Edwards
A sign alerts customers that the "French Borders are Closed" at the entrance to the Port of Dover in Kent, south east England on 21 December 2020, as a string of countries banned travellers all but unaccompanied freight arriving from the UK, due to the rapid spread of a more-infectious new coronavirus strain. 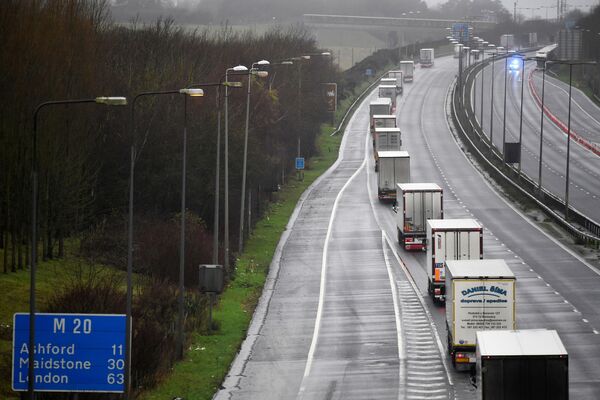 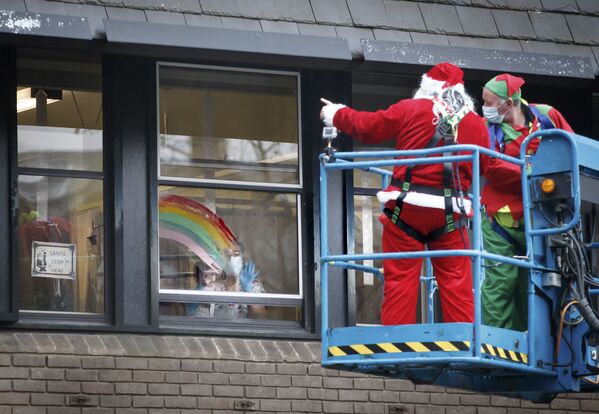 12/15
© AP Photo / Danny Lawson
A man dressed as Santa Claus waves to patient Emma from a cherry picker outside Leeds Children's Hospital in Leeds, England, Monday 21 Dec. 2020. "Operation Airborne Santa" transported Santa using the cherry picker to all four floors of the hospital to talk to patients from a safe distance, after visits to the wards were stopped to prevent the spread of the coronavirus among patients, their families and hospital staff. 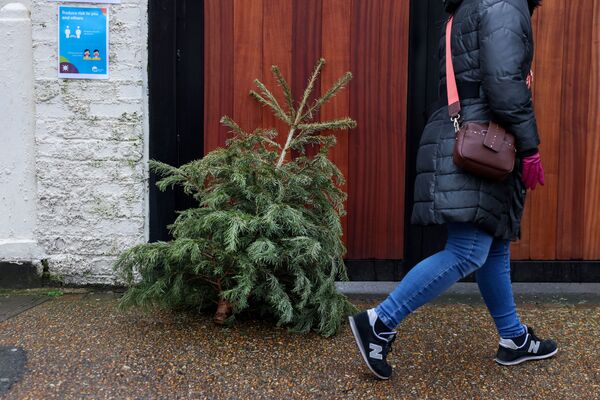 13/15
© REUTERS / Kevin Coombs
A woman walks past a discarded Christmas tree in a residential street as EU countries impose a travel ban from the UK amid alarm about a rapidly spreading strain of coronavirus, in Fulham, London, Britain, 21 December 2020. 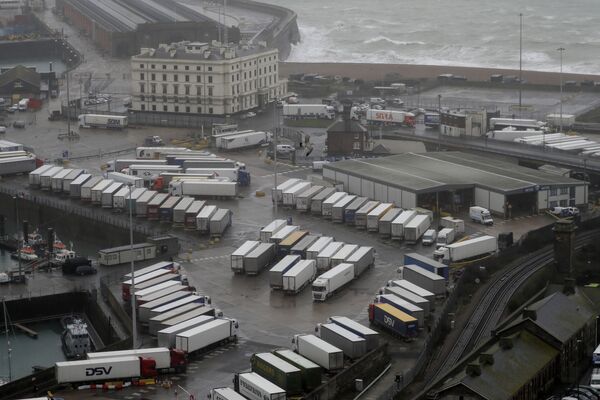 14/15
© AP Photo / Kirsty Wigglesworth
Lorries are parked near the port, Monday 21 Dec. 2020, after the Port of Dover, England, was closed and access to the Eurotunnel terminal suspended following the French government's announcement. France banned all travel from the UK for 48 hours from midnight Sunday, including trucks carrying freight through the tunnel under the English Channel or from the port of Dover on England's south coast. 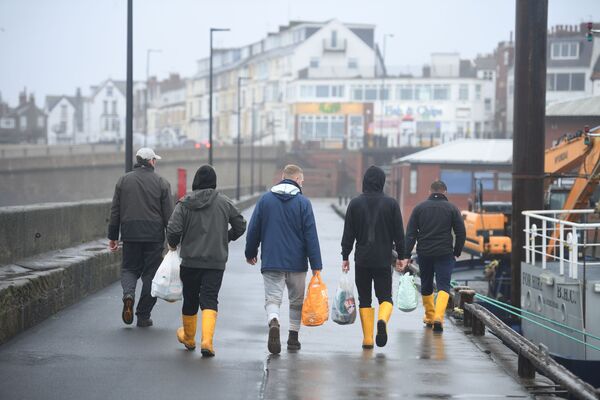 15/15
© AFP 2022 / Oli Scarff
Fishermen leave after packing up their boats moored in the harbour at Bridlington, northeast England, on 21 December 2020 as the snap closure of the French border over the Covid-19 pandemic prevents accompanied exports of fresh shellfish.