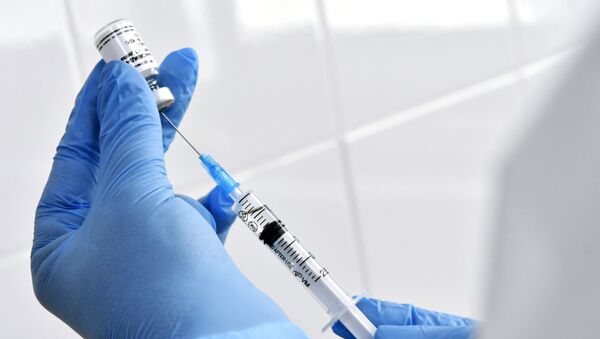 Aleksandra Serebriakova
Sputnik correspondent specializing in foreign affairs.
All materialsWrite to the author
Reports emerged last week that a a new strain of coronavirus was discovered in Europe, which is potentially more infectious than the original one.

Sputnik V, the vaccine that was registered in Russia in August, is effective against the newly-discovered mutated version of coronavirus, the head of Russian Direct Investment Fund (RDIF), Kirill Dmitriev, has announced.

“We also confirm that, according to our information, Sputnik V is highly effective against a new virus mutation found in Europe. Accordingly, it is as effective against it as against existing strains, and Sputnik V has been shown to be effective on several occasions, despite previous mutations in the S-protein" Dmitriev told Russian President Vladimir Putin during a video call.

Dmitriev has also noted that the vaccine can be detected against other new COVID mutations.

The COVID-19 vaccine, was jointly produced by the Gamaleya Research Centre and RDIF, in August becoming the world's first registered vaccine against the coronavirus. According to the developers, the vaccine earlier proved more than 90% effectiveness against the original virus.

British authorities had earlier confirmed that they have detected a new strain of coronavirus in patients from southeastern England. The health authorities believe that the new variant that sustained mutations to the coronavirus' spike protein could be up to 70% more transmissible than other versions, according to preliminary data.

However, England's Chief Medical Officer later said that there is no proof that the existing vaccines would be ineffective against the virus.

UK authorities had earlier greenlighted the emergency use of the Pfizer-BioNTech vaccine against COVID-19 but the developers so far have stayed silent on whether it would prevent those who took the jab from catching the mutated version of coronavirus. 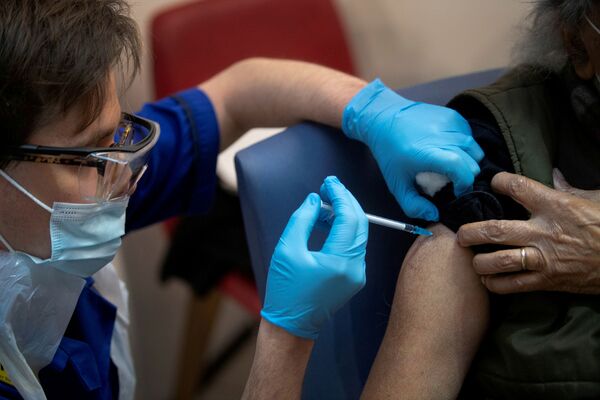 A man receives the first of two Pfizer/BioNTech COVID-19 vaccine jabs, at Guy's Hospital, at the start of the largest ever immunisation programme in the British history, in London, Britain December 8, 2020. Victoria Jones/Pool via REUTERS
© REUTERS / Victoria Jones/Pool

The Oxford University vaccine AstraZeneca is also expected to get regulatory approval from the UK's independent regulator in the upcoming weeks, the media reports claim.

Nothing also suggests so far that the new strain, dubbed VUI-202012/01, is deadlier than others discovered earlier, or leads to more hospitalisation, as studies are still ongoing.

"Very small numbers" of the strain have so far been discovered in every part of the UK, except for Northern Ireland, and similar mutations have been spotted in Denmark and Australia, Public Health England expert Dr. Susan Hopkins told the Sky.

France, Germany, Belgium and a number of other European countries have now banned travellers arriving from the UK to prevent the spread of the new strain.