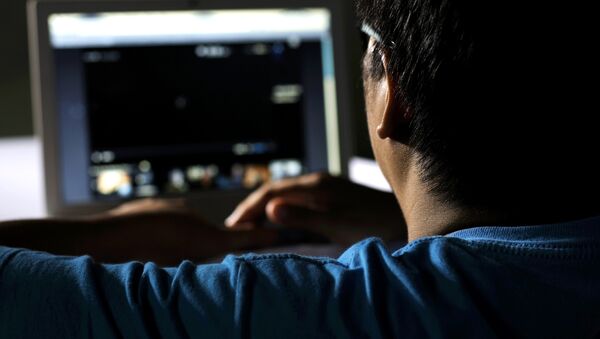 Ilya Tsukanov
All materialsWrite to the author
On Friday, US Secretary of State Mike Pompeo claimed that Russia was "pretty clearly" responsible for the recent widespread hacking attacks against the US. President Trump expressed scepticism regarding these allegations, saying he believed China "may" have been involved.

Moscow had nothing to do with the recent series of cyberattacks reported by US officials, and all accusations against Russia in this regard are unfounded and an expression of blind Russophobia, Kremlin spokesman Dmitry Peskov has said.

"This talk [of cyberattacks] has nothing to do with us, because Russia is not involved in such attacks generally, including this one specifically. We state this officially and decisively. Any accusations of Russia's involvement are absolutely unfounded and are a continuation of the kind of blind Russophobia that is resorted to following any incident," Peskov said, speaking at a briefing Monday.

"As for some US actions ['in response' to the hacking attacks], US actions have recently been very unpredictable, so we cannot say anything in this regard," the spokesman added, when asked whether the cyberattacks could spark a new round of anti-Russian sanctions.

On Friday, US Secretary of State Mike Pompeo said he could "say pretty clearly that it was the Russians" who were involved in the recent major series of cyberattacks on SolarWinds, a software company providing network and system monitoring support to multiple US government agencies and hundreds of major US corporate clients. The company's software was reportedly used to breach federal agencies in a months-long hack attack which was publicised last week.

President Trump seemed to downplay the idea that Russia may have been involved, tweeting Saturday that "it may be China" that carried out the hack instead and blasting the media for carrying the "Russia Russia Russia" narrative. On Sunday, Reuters reported that President-elect Joe Biden's transition team was considering a range of options to "punish" Moscow for the cyberattacks.

'Out of Russians to Sanction'

Bill Binney, a cryptographer and former US National Security Agency technical director-turned whistleblower, recently pointed out to Sputnik that the Vault 7 materials on CIA hacking tools published by WikiLeaks showed that US intelligence is capable of spoofing hacking attacks to make them look like they come from Russia, China, North Korea, Iran and other countries using a suite called the Marble Framework.

Washington has introduced multiple rounds of sanctions against the Russian state, companies and individuals over a range of issues, including Moscow's alleged cyberattack-based 'meddling' in the 2016 election, but has yet to provide any substantive evidence regarding the claims. In August, acting secretary of Homeland Security Chad Wolf boasted that the US had "run out of individuals [from Russia] to sanction" over the alleged interference.