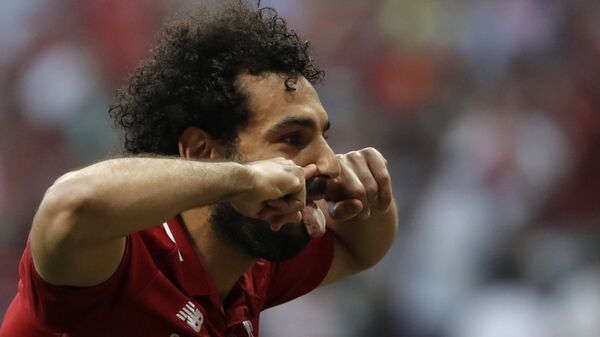 Andrei Dergalin
All materialsWrite to the author
Salah is apparently frustrated on Merseyside after he wasn't made captain during a Champions League game.

According to the newspaper, Salah was "very disappointed" after Trent Alexander-Arnold was given the captain's armband ahead of him for a Champions League match against Danish side Midtjylland earlier this month, and refused to "rule out a move to Barcelona or Real Madrid" as a result.

"I called Salah about his situation at Liverpool and he is upset, but that would never affect his performance on the field,", Aboutrika said. "I know that Salah is not happy in Liverpool, he told me the reasons why he is not happy but they are secrets and I cannot talk about it in public.".

He added that "if Salah was a player at Real Madrid or Barcelona, and playing at the same level as Liverpool” he would win the Ballon d'Or.

"In my opinion, Liverpool are considering selling Salah for economic purposes," Aboutrika explained. "I do not have any influence over Salah's decisions, he is my friend and brother, and he is smart enough to know what is best for him."

Since his transfer from Roma to Liverpool in 2017, Salah has scored 110 goals, the newspaper notes.