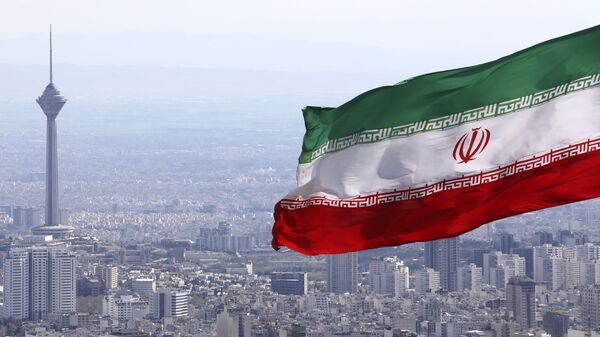 Muhammad Osman
All materialsWrite to the author
In January 2019, the European signatories of the Iranian nuclear deal, France, Germany, and the UK, introduced an Instrument in Support of Trade Exchanges (INSTEX) trade vehicle in a bid to protect their business ties with Tehran after the Middle Eastern nation was cut out of the international SWIFT banking transaction network due to US sanctions.

The INSTEX financial mechanism, introduced in January 2019 by the European states to bypass US sanctions in settlements with Iran, has failed to meet its goal, Tehran’s ambassador to the United Nations, Majid Takht-Ravanchi, said on Saturday, according to Press TV.

“The system must prove its efficiency after two years,” he said of INSTEX, according to outlet.

The diplomat’s remarks came in response to UN Secretary-General Antonio Guterres’s 10th report on the implementation of the Security Council Resolution 2231 that endorsed the 2015 agreement on the Iranian nuclear programme, known officially as the Joint Comprehensive Plan of Action (JCPOA).

According to Press TV, in his report, Guterres stressed the need to preserve JCPOA, which he hailed as “the best” and “proper solution to Iran's nuclear issue and to help promote regional and international peace and security”, calling on nations to enter into commercial relations with the Middle Eastern country based on the UNSC resolution and to cooperate with the JCPOA state-parties in creating the necessary conditions for implementing the resolution.

Guterres reportedly urged JCPOA signatories to preserve the deal, pointing out that its economic benefits are important for the people of the Islamic republic, especially during the coronavirus pandemic.

On 31 January, three EU state-parties of the Iranian nuclear deal, France, Germany, and the United Kingdom, introduced the INSTEX financial mechanism to protect their economic ties with Tehran, following the withdrawal of the United States from JCPOA in May 2018 and the reimplementation of US economic sanctions on Iran.

The Iranian side repeatedly said that the system was not effective and does not replace eliminated mechanisms for settlements after the disconnection of Iran from SWIFT – the international banking transaction network.

“This financial system has been suggested too late and [it] operates at a low level. It has not been yet fully implemented,” Iranian Deputy Foreign Minister Abbas Araqchi told Sputnik in November 2019, almost ten months after the INSTEX mechanism was established.

On 14 July 2015, the UN Security Council's five permanent members; China, France, Russia, the United Kingdom, and the United States; plus Germany along with the European Union, signed with Iran the JCPOA agreement, under which Tehran pledged to scale back parts of its nuclear program in exchange for relief of nuclear-related sanctions, including lifting the UN arms embargo five years after the deal's adoption, in addition to relief from US economic sanctions.

In 2018, US President Donald Trump's administration abandoned the JCPOA and implemented a series of sanctions on Iran’s oil sales, financial transactions, and construction imports as part of Trump’s so-called 'maximum pressure' strategy against Tehran.

One year following Washington's withdrawal from the deal, Tehran started to abandon some of its commitments under the nuclear deal. Iranian officials recently announced that Tehran is ready to return to compliance with the nuclear deal as soon as the incoming administration of US President-elect Joe Biden re-joins the agreement.