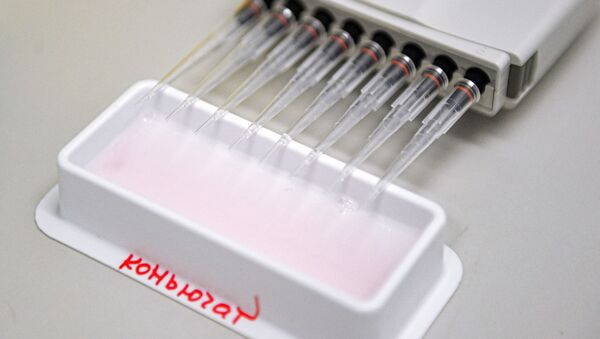 Andrei Dergalin
All materialsWrite to the author
A previous debate on the use of pork gelatin in vaccines reportedly deemed the practice permissible under Islamic law, as not using vaccines would lead to "greater harm."

Muslims who are looking forward to getting inoculated against COVID-19 may have to think again, as pork-derived gelatin is being used as a stabiliser in many vaccines to ensure they "remain safe and effective during storage and transport," AP reports. The media outlet says that in October 2020, Muslim clerics from Indonesia visited China to determine whether the coronavirus vaccine being made "was permissible for use under Islamic law."

And while Pfizer, Moderna, and AstraZeneca have already announced that their vaccines contain no pork products, factors like supply shortages and "preexisting deals worth millions of dollars with other companies" will likely result in countries with sizeable Muslim populations receiving vaccines that "have not yet been certified to be gelatin-free,” AP writes.

As Dr. Salman Waqar, general secretary of the British Islamic Medical Association, has explained, this situation presents a dilemma for religious communities where consumption of pork is a religious taboo, such as Muslims and Orthodox Jews.

"There’s a difference of opinion amongst Islamic scholars as to whether you take something like pork gelatin and make it undergo a rigorous chemical transformation – is that still considered to be religiously impure for you to take?" he mused.

Dr. Harunor Rashid, an associate professor at the University of Sydney, noted that the "majority consensus from past debates" on using pork gelatin in vaccines deems it permissible under Islamic law, since not using vaccines would lead to "greater harm.”

Rabbi David Stav, chairman of a Jewish organisation in Israel called Tzohar, also remarked that "according to Jewish law, the prohibition on eating pork or using pork is only forbidden when it’s a natural way of eating it," and that there's "no prohibition and no problem" if it is injected into the body, "especially when we are concerned about sicknesses."

AP  points out, however, that there have also been "dissenting opinions on the issue"; in 2018, the Indonesian Ulema Council decreed that the measles and rubella vaccines "were 'haram,' or unlawful, because of the gelatin."