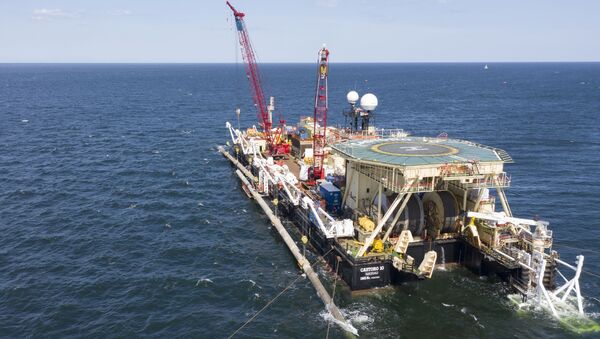 James Tweedie
All materialsWrite to the author
In an op-ed, Robert Gates, former defence secretary to both George W. Bush and Barack Obama, has outlined his views on how the next US administration has to handle policies with NATO allies and also laid out a plan for a "whole of government" approach to confronting China.

A former US defence secretary has urged US President-elect Joe Biden to take "punitive" action against NATO allies over trade with Russia and use economic power against China.

Robert Gates, who served as defence secretary under both former Presidents George W. Bush and Barack Obama from 2006 to 2011, made his calls in a column for Saturday's New York Times.

How to Treat Allies

He welcomed his former government colleague Biden's pledges to re-engage with US "friends and allies" as well as international organisations like NATO, while making greater use of "nonmilitary instruments of power".

But Gates said Biden should continue President Donald Trump's confrontations with NATO allies' defence budgets, the construction of a gas pipeline from Russia, and Turkey's purchase of state-of-the-art surface-to-air missiles (SAMs) from Moscow.

"Germany must be held to account not just for its pathetic level of military spending, but also for trading the economic and security interests of Poland and Ukraine for the economic benefits of the Nord Stream 2 pipeline running from Russia to Germany", the former defence chief said.

"Turkey’s purchase of the Russian S-400 air defense system against repeated American warnings must have costs", Gates wrote. "And Ankara must also be held to account for its actions in Libya, the eastern Mediterranean and Syria that contravene the interests of other NATO allies and complicate efforts to achieve peace".

Gates directed the US military intervention with other NATO members in Libya that led to the overthrow of the government and murder of Muammar Gaddafi, leader of the country's 1969 revolution. The US later shipped arms from Libya to militants in Syria in their bid to overthrow President Bashar al-Assad's government.

He also urged "consequences" for NATO members, including Turkey, Hungary, and Poland, for what he called their "authoritarianism". While admitting the military alliance — dating from the Cold War — has no mechanism for expelling members, the US could use "creative diplomacy", including "suspension or other punitive steps".

Gates argued that the US should continue its belligerent stance towards Asian economic giant China not just with "security" agencies, but all government departments, along with private-sector economic power, in "true 'whole of government' American strategies and operations".

Rather than relying only punitive measures like sanctions and tariffs, Washington should "be more creative in finding positive economic inducements to persuade other countries to act — or not act — in accordance with our interests", Gates wrote, using "nonmilitary tools like conventional diplomacy, development assistance and public diplomacy to protect America’s interests and advance our objectives".

International bodies scorned by Trump could be used as "conduits for American influence around the world", Gates argued, accusing Beijing of "seeding" the United Nations and its various agencies with officials as he claimed the Soviet Union did. "When we walk away from the World Health Organization and other such organizations, we provide the Chinese with opportunities to dominate them and use them for their own purposes", he wrote.

US Back to 'Normal' Imperialism
Conceding the US could not compete with China’s "Belt and Road" trade infrastructure and security plan or its investments across the developing world, "we should look for ways to leverage the power of our private sector" against Beijing.

The former defence secretary defined "public diplomacy" by reference to former Chinese President Hu Jintao's $7 billion investment in the media. "Surely, the country that invented marketing, public relations and the internet can figure out how to recapture primacy in strategic communications", Gates insisted.