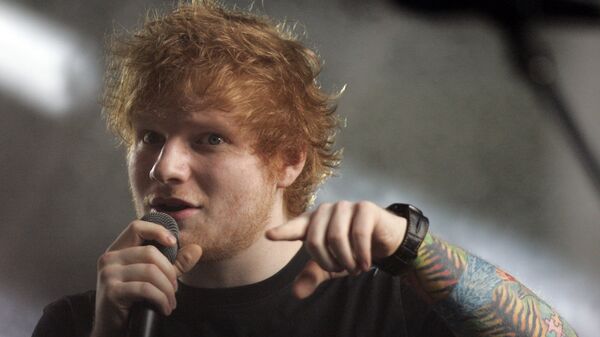 Daria Bedenko
All materialsWrite to the author
Sheeran's hiatus began in December 2019, when he said he would go on an extended break, noting that he would "take a breather to travel, write and read". He only broke silence on his Instagram to announce that he had become a father in September.

Ed Sheeran on Sunday took to Instagram, teasing a "Christmas present" to arrive at "11 a.m. GMT tomorrow" - something seen by fans as a signal that he would return with new music.

After years of touring and performing, Sheeran announced last year's Christmas Eve that he would make a pause in creating music, noting that he would use the free time to travel, read and write. He added at the time that he would return when "the time is right and I've lived a little more to actually have something to write about".

While it is unclear what exactly would be released on Monday, fans went crazy about the singer's possible return.

Earlier, a fan rolled out a theory on Instagram regarding the possible timing of Sheeran's comeback: "One big question is whether Ed's 18 month break started at the end of the divide tour or when he posted the note. If it's August 2019, it's very plausible that Ed'll be back on Christmas Eve, 'cause we all know that's when he posted his note last year."

The singer tickled the nerves of fans, never directly answering the speculation but hinting that "you'll know at least one answer soon."

During his yearlong break, he appeared on Instagram once, to announce in September that he and his wife Cherry Seaborn had become parents. Having shared the news, he commented on his comeback plans as well.

"We are completely in love with her", he said, describing the couple's newborn daughter, Lyra Antarctica Seaborn Sheeran. "Both mum and baby are doing amazing and we are on cloud nine over here. We hope that you can respect our privacy at this time. Lots of love and I’ll see you when it’s time to come back."

Sheeran's most recent album, "Divide", came out in 2017 and topped global music charts. The singer toured to promote the album, barely stopping his performances between 2017-2019.