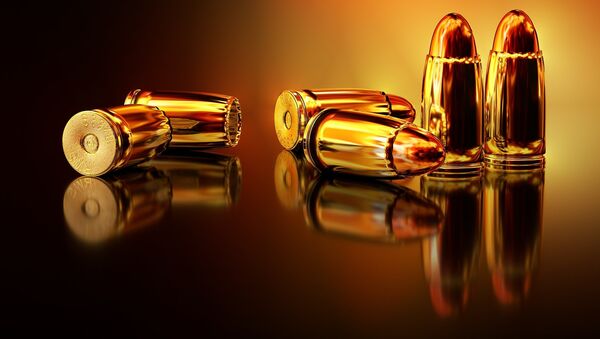 Gaby Arancibia
All materialsWrite to the author
The COVID-19 pandemic prompted scores of Americans to start stockpiling firearms, especially after some US states began imposing mandatory lockdowns to curb the respiratory disease’s spread. Officials reported in November that 17.2 million background checks had been completed thus far in 2020, 1.5 million more than the previous high set in 2016.

A recent Rutgers University study has revealed that some Americans have become so stressed by the ongoing pandemic that it has driven them to either purchase a gun or begin weighing the idea of buying one in order to gain a sense of safety.

The study, which surveyed approximately 3,500 Americans, found that 516 of its respondents were planning a new firearm purchase, and another 596 stated that were still undecided on whether they would go ahead with a potential buy in the next 12 months.

Of the individuals who stated they were going to pick up a new piece, 26.4% indicated that they had already bought a firearm in 2020. Only 3.6% of the undecided individuals had done the same. Researchers also found that people planning firearm purchases already owned more handguns, shotguns and rifles than any other group, and they were more likely to have experienced suicidal ideation in the past year.

Interestingly, study officials determined that individuals who were planning to buy a firearm were more likely to have either worked in the law enforcement field or have been considered an essential worker during the pandemic.

“Essential workers are serving on the front lines of the pandemic and many are already facing systemic inequities that leave them experiencing chronic stress,” lead study author Michael Anestis said in a university release. “The pandemic may be making that worse and leaving them considering options such as firearms in hopes that they will grant a sense of safety.”

“Law enforcement officers already own firearms at a high rate and, in addition to COVID stress, may be experiencing concerns about their place in society as the racial justice movement has shifted public opinion about police,” he added. “The thought of purchasing a firearm in the coming year may bring a sense of normalcy.”

Additionally, the study highlights that while the would-be gun buyers described themselves as being uneasy or apprehensive during the pandemic, the individuals were not living in more dangerous communities than other respondents.

Anestis explained in the release that “the issue here is not that their lives are marked by a spike in violence, but rather that their fears are driving their perception of the world to come.”

The study will be published in the January 2021 edition of the Journal of Psychiatric Research.

Earlier this year, CBS News reported that the National Shooting Sports Foundation had determined that 17.2 million background checks had been completed by November of this year, and that purchases had increased every month since the World Health Organization declared the pandemic in March. Sales are expected to jump even further in December, as firearms are considered hot-ticket items during the holiday season.