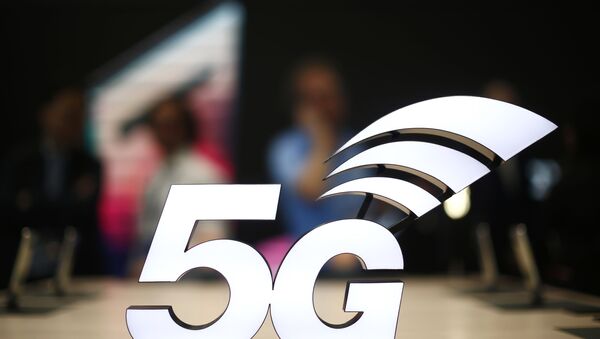 Lilia Dergacheva
All materialsWrite to the author
European operators may indeed be weighing different options to replace Huawei’s infrastructure in their 4G networks, which will underlie the upcoming 5G hardware. However, one of the stumbling blocks remains the whopping costs that this transfer is likely to carry.

European mobile operators are reportedly starting to give weight to Samsung Electronics in the race to substitute Chinese telecoms giant Huawei as the main manufacturer of nascent 5G systems. In particular, as the South Korean firm inked a $6 billion deal with US giant Verizon in September, Spain’s Telefonica and France’s Orange have both held talks with it, company executives were cited by Reuters as saying.

The reported negotiations came as the US had been going to great lengths to cut Huawei out of 5G projects that are supposed to lay the groundwork for cutting-edge services ranging from telemedicine all the way to labour automation in factories.

But Samsung is still facing an uphill struggle for the opportunity to replace the Chinese giant, as operators are reportedly expressing concerns that the South Korean company's products will be incompatible with the existing 4G networks, almost half of which are built by Huawei, and it will become too pricey to fully replace them rather than just upgrade them.

For instance, when Bell Canada moved to drop Huawei this year, analysts estimated the cost of replacing its 4G equipment at about $200 million over several years. The GSMA expects $1.14 trillion to be invested globally over five years, 78% of it on 5G.

“They need to be extremely competitive. The cost of swapping the 4G is an extra cost for Samsung so, even if you are inviting them, it is difficult for them to be competitive”.

A Samsung spokesman hit back by saying the very idea that its equipment was not compatible with existing infrastructure was a real misconception, but stopped short of providing technical details. He declined to specify which European markets it was trying to enter, but said it hoped to repeat the progress it had already made in Asia and the Americas.

In particular, Verizon widely uses Samsung for various parts of its vast US network. “We had done some trials with them and given them a few markets to see how they would work and, and then it worked well”, Verizon’s Chief Product Development Officer Nicola Palmer told Reuters, as Orange Chief Technology and Innovation Officer Michael Trabbia said he, too, was considering Samsung in Europe. Yet, he said that in France Orange had conducted tests and went for Nokia and Ericsson for local 5G projects instead.

Washington has over the past two years initiated a severe crackdown on Huawei, the top expected provider of good value-for-money 5G technology, citing national security concerns and claiming their infrastructure leaves backdoors for Beijing to spy on users of their gadgets. The claims have repeatedly been denied both by the Chinese authorities and Huawei’s top management, who invited independent checks, arguing that their ecosystem and all of their technologies are transparent.

However, Washington moved to blacklist the company and required US firms dealing with Huawei to request individual permissions to continue their business ties with the Chinese tech giant. The Commerce Department is since understood to have repeatedly issued waivers to this end, with reports emerging earlier this year that the department had been seeking to expand legal powers to curb tech shipments to China, but faced resistance from other parts of the US government.