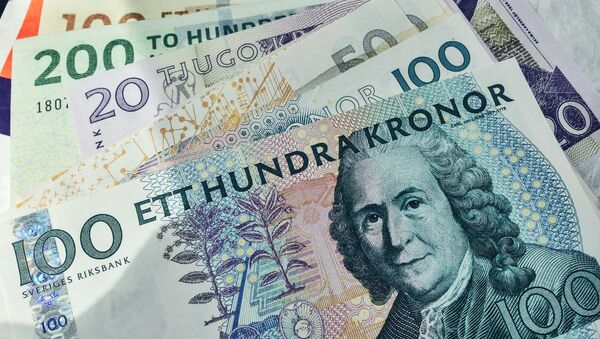 CC BY 2.0 / Tony Webster /
Subscribe
Igor Kuznetsov
All materials
Swedish Social Insurance Agency Director General Nils Öberg has admitted that the abuse of welfare systems has become so extensive that it can now be considered "systemic".

At least 45 Daesh* terrorists have been supported by Swedish grants after they left the Nordic country to join the terrorist organisation, an investigation by the newspaper Expressen has revealed.

According to the newspaper, they received their benefits while they were fighting in Syria, in some cases over a period of several years. Twenty-four of the terrorists received money directly, whereas the rest were treated as "part of the same family community".

A woman from Norrköping has reportedly received over SEK 250,000 ($30,000) since she left Sweden with her family in May 2015. The Swedish Social Insurance Agency later tried to reclaim some of the contributions but has not succeeded so far.

In another case, a family applied for and were granted parental benefits one and a half years after having left Sweden.

But arguably the most striking example is Michael Skråmo, a notorious Daesh propagandist recruiter, who posted pictures of himself with firearms and a huge grin captioned "The Swedish state paid for my Glock and my Kalashnikov".

"It is quite outrageous that it has happened in that way", Thomas Falk, national coordinator against organised crime at the Swedish Social Insurance Agency, told Expressen.

The authority is none the wiser as to how much money has gone to the terrorists, or "Daesh travellers" as they are often referred to by the Swedish media and political establishment.

"There are some difficulties associated with it. We don't have or get any register where Daesh travellers or any other group, like motorcycle gangs or the like, are singled out", Thomas Falk complained.

"I understand that people react. I myself react to this type of information, when we and other authorities pay out incorrectly, as a taxpayer and a citizen. We do everything we can to deal with these types of cases", Falk said.

Swedish Social Insurance Agency Director General Nils Öberg recently suggested that the authority should have expanded powers to request bank statements and other bank details to be able to investigate crimes against social insurance systems.

"Benefits crime and abuse of welfare systems have become so extensive that it can now be considered systemic", Öberg admitted.

In recent years, some 300 "Daesh travellers" have left Sweden to join the terrorist cause in the Middle East, which is one of the highest figures per capita in Europe. While about half of them have already returned, Sweden is notoriously lax at punishing the returnees. Neighbouring Denmark, however, withdraws citizenship from jihadists. Almost none of the Swedish terrorists was prosecuted for crimes committed in the Middle East due to the burden of proof.