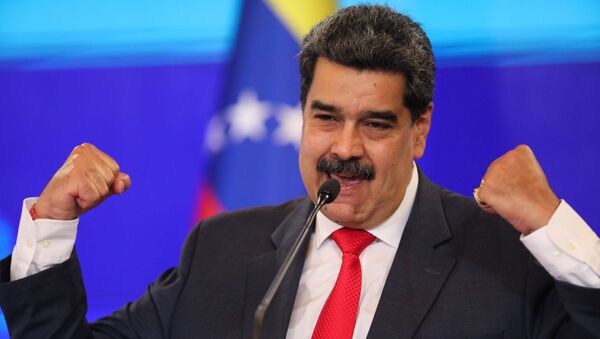 Tim Korso
All materialsWrite to the author
The current US administration has been pressuring the economically stagnating Venezuela with sanctions for several years in an unsuccessful attempt to force Maduro to step down.

According to the media outlet, the Democrat's team will push Maduro to hold "free and fair elections", promising to lift some of the sanctions in return. Biden's future administration is already reportedly looking at options for both sanctions relief if Maduro agrees and an expansion of the economic measures if he fails to do so. According to the sources, China, Cuba, Iran, and Russia, all of them supporters of Maduro, will play some role in these talks between Caracas and Washington. 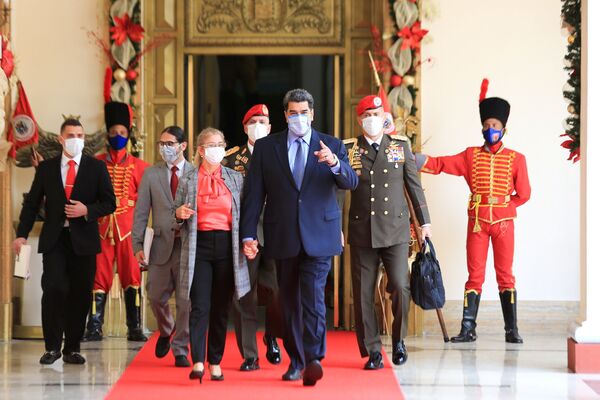 The incumbent US administration, responsible for the introduction of severe sanctions on the South American country, has also offered Maduro negotiations in the past, but the Biden team's approach is different in one aspect – the Democrat will not demand Maduro's immediate resignation, according to Bloomberg's sources. The reported approach comes as an apparent U-turn compared to Biden's comments about Maduro and his government in July 2020.

On this Venezuelan Independence Day, my thoughts are with Venezuelans who continue to work tirelessly for the cause of democracy. It’s time for free and fair elections so that the Venezuelan people can turn the page on the corrupt and repressive Maduro regime.

This raises a question about the future of US relations with Juan Guaido – a Venezuelan opposition figure who proclaimed himself interim president, led an unsuccessful coup attempt in 2019, and reportedly tried to arrange another in 2020. The Trump administration recognised Guaido's claims back in January 2019, when he held the leading position in the country's National Assembly. However, after the recent general election, which the opposition boycotted, he lost his spot and reportedly is no longer supported by some of his former political allies. Guaido's team has reportedly been trying to negotiate a phone conversation with Biden since November, but has so far failed in this endeavour.

Apart from imposing numerous sanctions on Caracas, the Trump administration purportedly helped Guaido organise two coup attempts. One of them took place at the end of April 2019, when the opposition figure tried to rally the country's military to help him oust Maduro, but with little success. Another involved hiring the American private security company Silvercorp run by former Green Beret Jordan Goudreau in order to kidnap Maduro and snatch him away to the US. Goudreau later claimed that he had been hired by Guaido, but insisted that the US authorities knew about the planned operation, which was thwarted by the Venezuelan military in May 2020. The US has not commented on its alleged involvement in the coup attempts. Guaido denies hiring Silvercorp to kidnap the Venezuelan president.