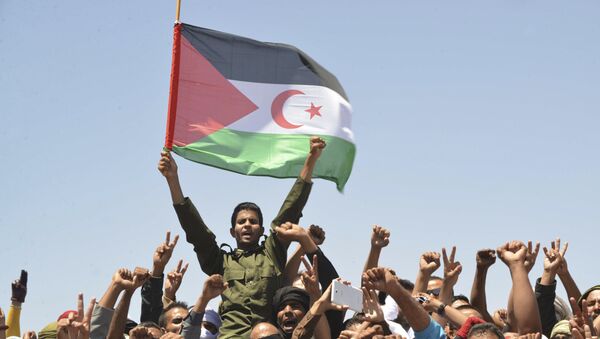 Morgan Artyukhina
All materialsWrite to the author
Sputnik recently spoke with Omeima Abdeslam, the Polisario Front representative to Switzerland, about how US President Donald Trump’s declaration could impact the territory and Polisario’s struggle against occupying Moroccan forces that resumed last month after a 29-year period of peace.

Earlier this month, the Trump administration engineered the normalization of relations between Israel and yet another Arab state: Morocco. As a quid pro quo for this move, Trump issued a declaration recognizing Morocco’s claims to sovereignty over Western Sahara, a non-self-governing territory it has claimed since 1975.

In doing so, Trump contravened a long-standing United Nations recognition of the Polisario Front as the legitimate representatives of the indigenous Saharawi people, for whom the UN has promised an independence referendum.

Abdeslam said the Saharawis “made a big mistake” by trusting the international community. “We thought that with our good behavior, that they were going to reward us with our right of self-determination. Now, we can see that we were very naive.”

She warned the move was a “green light, that any country can invade any country, and nothing happens.”

Polisario hopes the international community “makes a strong barrier against this decision and makes a strong commitment, political will, to permit the Saharawi people the right to self-determination and freedom,” the diplomat added.

“We hope [US President-elect Joe] Biden will make the move to step back [on] this decision because it’s really hurt a lot of people and hurt international law, which protects everybody in the world.”

She said that a major way the international community can push back is to recognize the Sahrawi Arab Democratic Republic (SADR), which is already a full member of the African Union and has been recognized by as many as 84 UN member states, although currently only 39 do so. Polisario declared the existence of the state on February 27, 1976, four months after the end of Spanish rule.

Without Independence, Foreign Mining is ‘Plunder’

As with many occupied lands, Western Sahara is a land rich in natural resources. Morocco has pumped billions of dollars into building some of the world’s largest phosphate mines, and companies have repeatedly expressed interest in exploring for oil off the coast. Earlier this year, Morocco laid claim to fisheries off the coast. 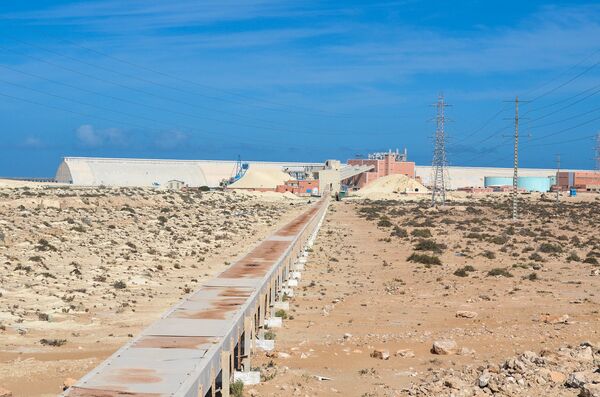 The world's longest conveyor belt system, leading away from the phosphate mine at Bou Craa, Western Sahara
© Flickr / jbdodane

However, a 2002 legal ruling by the United Nations found that drilling in Western Sahara was only legal if it were done for the “benefit of the peoples” living there, adding that if the extractions “were to proceed in disregard of the interests and wishes of the people of Western Sahara, they would be in violation of the principles of international law.”

Abdeslam noted that Trump’s move had “made visible the question of Western Sahara,” exposing all the companies profiting without Saharawis’ consent over the years.

“This, in international law, is called ‘plunder,’” she said, noting that Western Sahara has been listed as a non-self-governing territory since 1963.

“We hope that these organizations now step back until the conflict is over. Of course, the Saharawi people will assure the interest of all the companies who are working. First is to make the legal status of the territory very clear - and after that, we are going to make business.”

Since seizing the territory in 1975 in the wake of the departure of Spanish colonial administrators, Morocco has faced the militant resistance of the Saharawis. In response, Rabat has built a series of sand walls encompassing almost the entire coastline, containing all urban areas and natural resources, leaving the SADR in control of the inland desert. The government-in-exile rules from Tandouf, Algeria, where more than 100,000 Saharawi refugees have lived for decades.

Abdeslam dismissed the notion that Trump’s decision could negatively affect the refugees.

“The Saharawi refugees are not refugees of hunger; they are refugees of dignity,” she said. “I don’t think that [anyone] can oblige them to live in Algeria. They have created a state in exile to show the world that they want to live in their homeland Western Sahara, and that is why they have resisted for 45 years in exile … If the conflict is resumed militarily or by vote, these refugees will return to their land. The help that they will receive is dependent on the status of the conflict.”

In 1991, Polisario and Morocco agreed to a ceasefire, and the United Nations created a special mission, MINURSO, to oversee the holding of a referendum on independence in Western Sahara. However, by 2020, the referendum had still not occurred, and Saharawis staged a protest in October intended to draw the UN’s attention as it was preparing to vote on renewing MINURSO’s mission.

By November 13, the war was back on after the Moroccan military dispersed the demonstration with force, and the Saharawi army began staging attacks on Moroccan forces garrisoning the sand wall. A month later, Washington announced its recognition of Morocco’s claims over Western Sahara, and the US ambassador to Morocco appeared next to a map showing the territory as a contiguous part of Morocco.

#AmbFischer: Tonight, I am thrilled to present you with the new official U.S. government map of the Kingdom of Morocco. 1/3 pic.twitter.com/mipzx6NjR8

​“The resumption of war is the [detonating factor] that makes Morocco run [asking] for help from Trump,” Abdeslam said. “The Polisario Front has been created to free Western Sahara from all kinds of oppressors and illegal occupiers so it will only disappear when this objective is achieved. The strategy of the people of Western Sahara and their leadership, the POLISARIO Front, is to continue the fight until Western Sahara is free. No one - [neither] Trump nor Moroccan - can decide the future of Western Sahara, only Saharawis can decide anything in Western Sahara.”

Moroccans Are Repressed as Much as Saharawis

Winning recognition of its claims came at a steep price for Rabat: diplomatic recognition of Israel, a country with which it had technically been at war since 1948. As Sputnik has reported, the Moroccan monarchy has long maintained secret links with Israel, but public opinion in Morocco strongly favors the Palestinian struggle.

In the aftermath of the move, Moroccan authorities dispersed anti-Israel protests in Rabat, and since the outbreak of war last month, they have heavily cracked down on pro-Polisario activists, a move Amnesty International has strongly decried. Abdeslam said the two struggles are linked, and that both populations’ hatred of oppression could be the force that unites them against their oppressors.

“In Morocco, the Palestinian issue is sacred. But now we see that the government of Morocco has forbidden any kind of manifestation in favor of Palestinian people,” she noted. 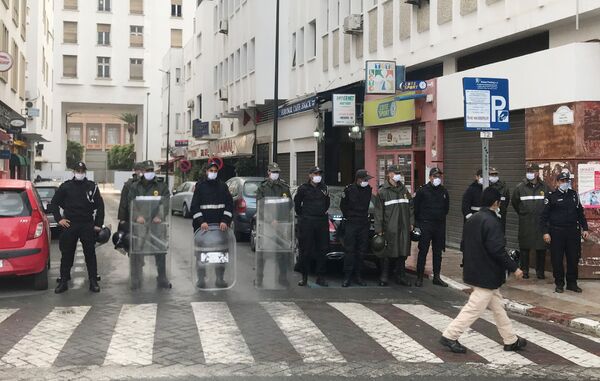 Members of security forces stand guard along a street, as authorities prevented a protest in the capital Rabat against the kingdom's move to normalise ties with Israel following a deal brokered by U.S. President Donald Trump, in Rabat, Morocco, December 14, 2020
© REUTERS / STRINGER

“We are expecting that the people of Morocco will manifest, because we know that they are very [much in] solidarity with Palestine, but now we see they are under so much occupation, like we are. So with our fight for freedom, we are also going to liberate the Moroccan people from the regime of Morocco, from the corrupt king, Mohammed VI.”

She noted that it is common for the Moroccan government to make statements about how happy Saharawis are with Moroccan rule and to provide choice examples of support for Moroccan rule. However, she said if that were really true, then Rabat would have nothing to fear from a referendum or from letting journalists freely report on events there instead of so tightly controlling them.

“Now my question is: if you are sure that the people are very with you, why don’t you go to the referendum and you set up the problem, and then the Western Saharans will be Moroccan. And if you say Western Sahara is wonderful and a paradise, why don’t you open it to the media, to international observers, to everybody? Why do you make it closed?”