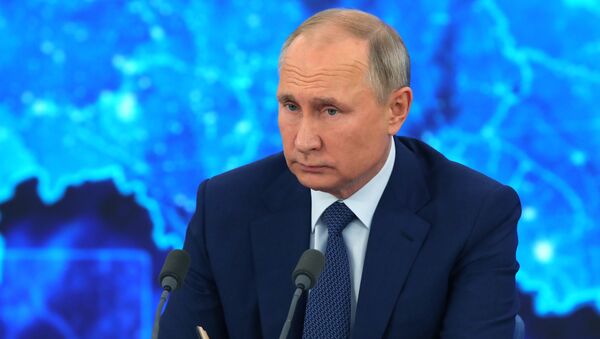 Tim Korso
All materials
The Russian president's annual December press conference underwent significant changes this year due to the ongoing coronavirus pandemic. This year, the president answered questions via a videoconference with several press centres set up across the country.

President Vladimir Putin has admitted that 2020 was complicated for Russia and other countries, but there were both positive and negative events over the course of the year, with the global COVID-19 pandemic being the biggest issue that Russia faced. The pandemic was one of the key topics that transcended most of the president's annual press conference.

The president noted that Russia's economy, like many others across the globe, was affected by the coronavirus pandemic, but he argued that on average it had performed better than most countries, including the US. He also stated that Russia had managed to prepare for the COVID-19 outbreak in spring better than other countries and was now third in terms of volume of daily coronavirus testing. 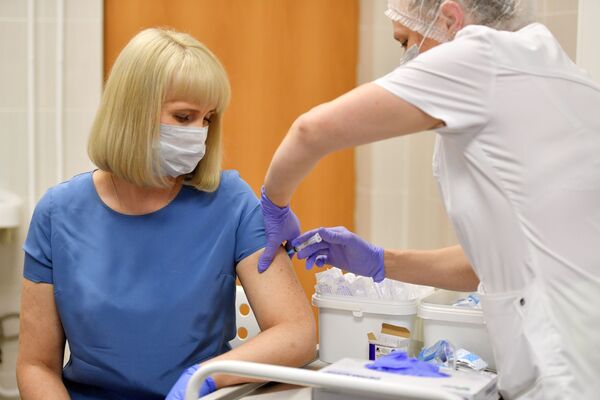 Separately, the Russian president praised the country's Gamaleya Research Institute for being the first in the world to register a vaccine against the coronavirus, but admitted that he has not received the vaccine himself due to not meeting the recommended age restriction. Putin plans to get inoculated as soon as possible, arguing that mass vaccination, in his opinion, is necessary to achieve "herd immunity" and thus defeat the pandemic globally. He added that what Russia needs right now is production facilities to manufacture vaccines in large quantities for a mass vaccination campaign that is scheduled to kick off.

Apart from the pandemic, Putin commented on the outcome of this year's presidential election in the US, expressing hope that incoming US President Joe Biden and his administration might change their approach to relations with Moscow and resolve the issues that have plagued bilateral ties over the past few years. Putin specifically hoped that Biden will extend the strategic arms reduction treaty (New START) with Russia, when he takes office. He praised the Democratic president-elect as a "knowledgeable man" both in terms of domestic and foreign policy. 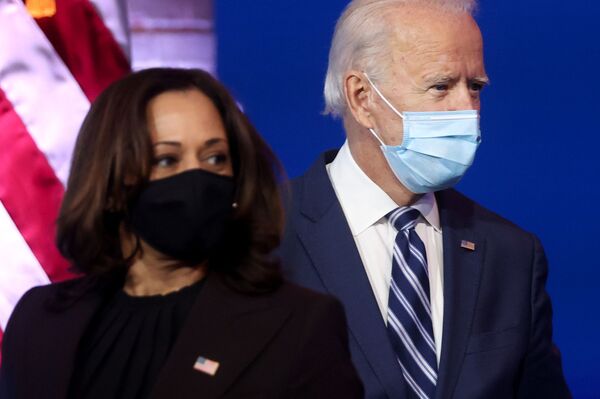 The Russian president, in turn, expressed no concern for President Donald Trump's future. He noted that the Republican was apparently not planning on abandoning politics and recalled that despite losing the election, Trump had garnered nearly 47% of the popular vote.

The Russian president also commented on recent allegations made in the media that Russian state-backed hackers were behind attacks on several US government departments, suggesting the anonymous sources behind these reports are, in fact, the US Department of State and intelligence agencies. Putin recalled that these very structures were behind the similarly unsubstantiated claims against Russia in the wake of the 2016 presidential elections, and guessed that the new reports of "Russian hackers" might have been fabricated at their behest. 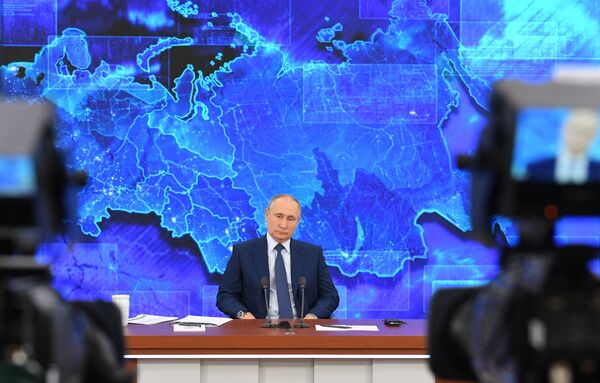 Putin strongly denied the accusations that Kremlin or state-backed hackers meddled in any US election, including the 2016 and 2020 presidential races. He argued that the publication of such accusations is "revenge", an attempt to influence public opinion in Russia, and a pretext to further sour the already complicated relations between Moscow and Washington.

Putin commented on the recent publication of an investigation into the alleged poisoning of Russian opposition figure Alexei Navalny, in which the latter accused the president and the head of the FSB of orchestrating the purported hit, calling it a "trick" to attack the country's leadership. The president expressed doubt that anyone, the Kremlin included, wanted Navalny dead and suggested that the alleged poisoning and so-called "investigation" served a different purpose. 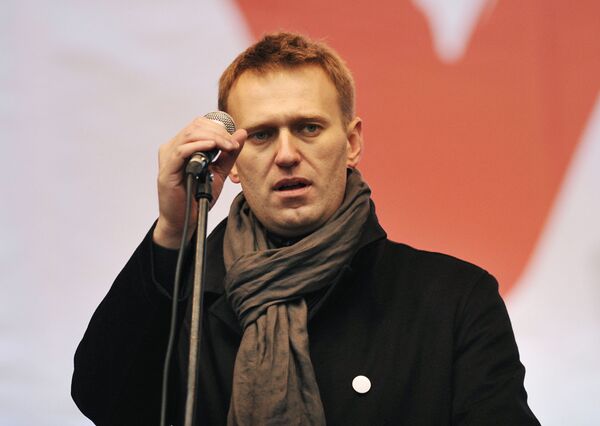 The president referred to the methods Navalny and Bellingcat used to substantiate their claims, specifically the tracking of the locations of FSB operatives' phones. He suggested that the "investigation" was meant to legalise the methods of surveillance used by US special services. Putin separately stressed that Navalny having access to such data suggests his close cooperation with US special services, which is a cause for concern.

Responding to a BBC journalist's question, whether Russia is a “goody-two-shoes” state, the president noted that it can definitely be seen as such when compared to western countries. Putin recalled that Russia’s military budget can hardly be compared with that of the US or many other nations, stressing that the country ranks sixth in terms of funds allocated to defence. He also highlighted that unlike the US, Moscow does not have a widespread network of military bases around the world. 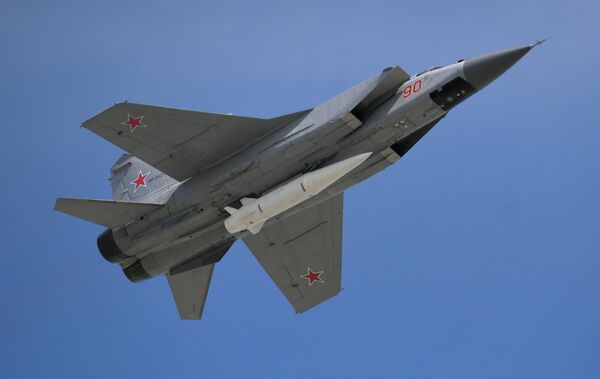 The Russian president further commented on the country’s development of new armaments, arguing that such a policy was forced upon the nation by NATO’s continued eastward expansion, despite promises to the contrary given to the Russian leadership. He added that the introduction of the new weapons, such as hypersonic missiles and gliders, was necessary in light of the US abandoning its international obligations, namely the Anti-Ballistic Missile Treaty in 2002, and the Intermediate-Range Nuclear Forces Treaty in 2019.

Putin also slammed the US for abandoning the Treaty on Open Skies in October 2019. He noted that now NATO states will be transferring data from their flights over Russia to Washington, while Moscow will not be able to conduct observation flights over the US.

Putin Hasn't Made Up His Mind About Running for New Term

Speaking on the changes made to the Russian Constitution in 2020 and his eligibility to run for the presidency again in 2024, Putin stressed that he has not yet made up his mind about whether or not he will make use of this opportunity. 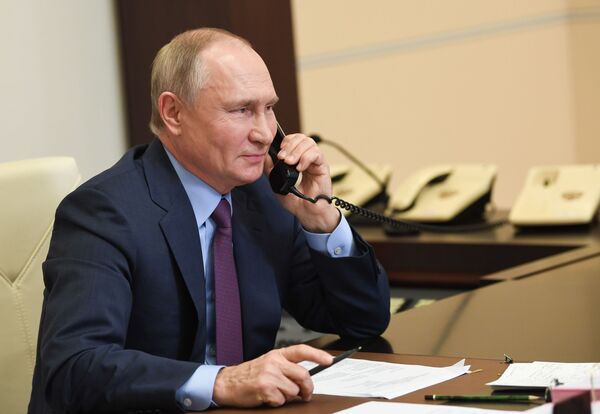 Prior to 2024, Russia will also hold a general election in 2021, which, as Putin suggested, might see an influx of new parties that have never been part of the Russian parliament. He noted, however, that the 2021 elections might also face foreign interference, but assured that Moscow will be able to resist such attacks.

Nord Stream 2 to Be Finished, Will Benefit EU

President Putin also expressed hope that the new US administration will also change its approach to its European allies, specifically in terms of sanctions over aiding in the construction of the Nord Stream 2 pipeline. He also shared that the pipeline is close to completion, with only 165 kilometres of the pipe needing to be laid, noting that the Russian gas delivered via it will benefit the EU more than liquefied natural gas (LNG) bought from the US. 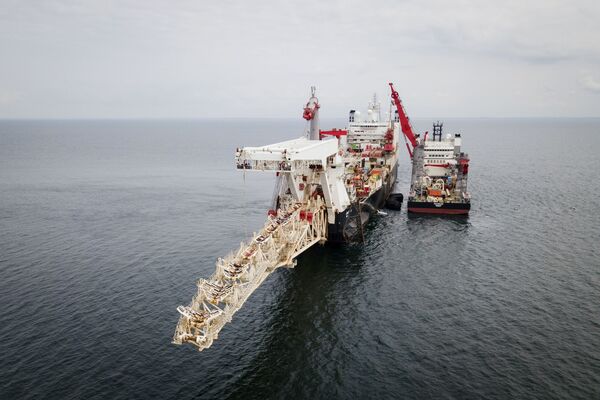 Continuing to discuss economic matters, Putin said that Russia had reduced its dependency on the sale of gas and oil, limiting its share in the country's budget to 30%. He praised the news as yet another step in "getting off the oil needle", making the country less dependent on global crude prices, although he admitted that Russia still has much to achieve in this regard.

"If someone used to see Russia as some kind of 'gas station', one no longer has grounds for such a vision. However, dependency is still high and we must take it into consideration", the president said.