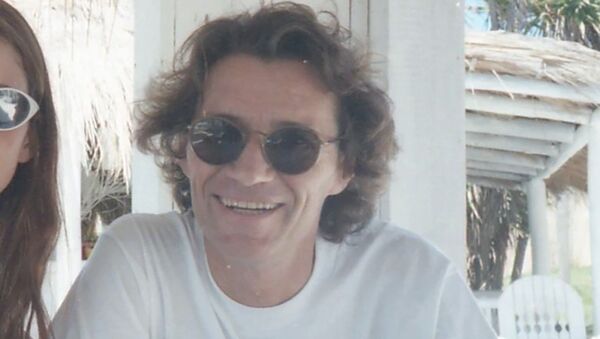 © Screenshot/Wiki4All
Subscribe
Gaby Arancibia
All materialsWrite to the author
Jean-Luc Brunel is a known talent scout who became the head of the Karin Models agency in the late 1970s; however, the Paris-born modeling agent was banned from the company in 1999 over abuse accusations. He later shifted gears and founded MC2 Model Management in the US with funding from financier Jeffrey Epstein.

Former Epstein associate Brunel was detained by authorities on Wednesday at France’s Charles de Gaulle Airport, moments before the 74-year-old was due to board a plane bound for Dakar, Senegal.

A source familiar with the matter told the Daily Mail that Brunel was being held at a Paris police station and was being questioned about his ties to various Epstein associates, including detained socialite Ghislaine Maxwell and the UK's Prince Andrew, who has also been implicated in Epstein’s criminal activity.

No formal charges against Brunel have been filed.

Thysia Huisman, a former Dutch model who worked with Brunel and accused him of drugging and raping her in 1991, told the Associated Press that his detainment was “such great news.” She added that the development was the “best Christmas present ever.”

Huisman is among several women who have spoken to French authorities for the investigation.

The investigation by French authorities was opened on August 23, 2019, and has centered around the potential crimes “of a sexual nature” that may have been conducted by Epstein and his fellow accomplices. Amid the inquiry announcement, a French advocacy group revealed that it had received 10 witness statements about alleged sex crimes against minors that took place in France and involved Epstein.

Brunel has long been dogged by sexual abuse accusations, many of which that date back to his time with the Karin Models agency in France; however, since investigations into Epstein were undertaken, US prosecutors and accusers have said Brunel used his connections to the modeling world to procure young girls for Epstein.

The New York Daily News reported that Brunel’s Miami-based MC2 Model Management company was founded with a $1 million investment from Epstein, and that agency models had frequently stayed at Epstein’s Manhattan properties.

Epstein accuser Virginia Giuffre alleged in court filings that at one point Brunel went so far as to fly three 12-year-old girls to Epstein as a birthday present. “Jeffrey bragged afterwards after he met them that they were 12-year-olds and flown over from France because they’re really poor over there, and their parents needed the money or whatever the case is and they were absolutely free to stay and flew out,” she noted.

Since the allegations first surfaced, Brunel has repeatedly denied he had any involvement in Epstein’s sex trafficking ring. Court records show that Brunel filed a lawsuit against his longtime friend in 2015, alleging that criminal accusations against Epstein had lost Brunel valuable business.

After Epstein’s August 2019 death in a Manhattan prison cell, Brunel was reported to have disappeared from the public eye, as did Maxwell, who was later taken into US custody in July after being tracked down inside a New Hampshire home. Maxwell is presently at a Brooklyn detention center, awaiting trial.