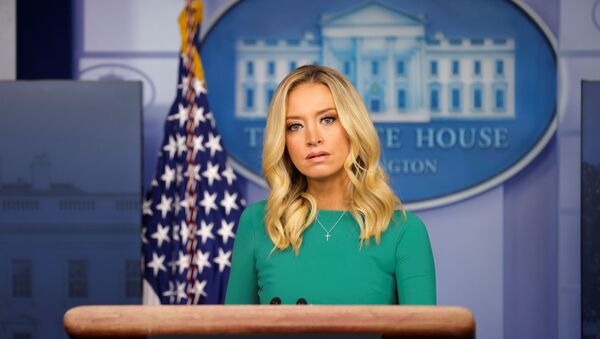 Svetlana Ekimenko
All materialsWrite to the author
Donald Trump earlier slammed William Barr for silence on a probe into Hunter Biden's allegedly corrupt business dealings, while censuring the press for ignoring the scandal surrounding the President-elect’s son. The MSM was also censured for its inattention to the story of Rep. Eric Swalwell, who purportedly rubbed shoulders with a Chinese spy.

“In the last 24, 48 hours there have been quite a few stories that have not gotten a ton of coverage in the mainstream media, as former White House press secretary Ari Fleischer said, ‘Bias is often found in the stories the press does not cover,'” said McEnany.

​The press secretary proceeded to list examples, the most recent one involving California Democratic Representative Eric Swalwell, who found himself at the heart of a spy scandal.

The story, broken by Axios in early December, was a report on a year-long probe revealing that the Democrat was being targeted by an alleged Chinese spy named Fang Fang, aka Christine Fang.

Fang, whose activities date to 2011-2015, purportedly sought to forge ties with local US politicians, including Swalwell, while he was a city council member in Dublin, California.

“We found out that Democrat Congressman Eric Swalwell was infiltrated by an alleged Chinese spy, this spy cosied up to Swalwell, raised funds for his 2014 campaign and even planted an intern in his office and that relationship continued until the FBI briefed him in 2015, and that was some very good reporting done by Axios,” said the press secretary.

.@PressSec @KayleighMcEnany also made sure to cap off her latest close statement with some serious 🔥🔥about the liberal media censoring stories about Hunter Biden's corrupt business dealings before the election but now admitting the truth that there's plenty of there there (2/2) pic.twitter.com/XMYt4o8SSO

​Kayleigh McEnany then reminded the press that Swalwell went on to become one of the lead instigators of the Russia-Trump ‘collusion hoax’, followed up by the ‘impeachment sham’.

McEnany called out The New York Times, which scooped up a Pulitzer Prize for pushing the collusion narrative between Donald Trump and the Kremlin, for not covering the Swalwell story.

“When the Swalwell story broke, guess how many minutes of coverage it got on ABC, NBC, MSNBC and CBS? Zero. CNN devoted three minutes and 16 seconds to it,” said McEnany.

The press secretary then similarly accused the mainstream media of downplaying the ongoing Hunter Biden scandal.

“… Which was not covered, at all, by many outlets in the lead up to the election. In fact, on 15 October you had a New York Times headline that said, ‘Trump said to be warned that he was being given Russian disinformation over Hunter Biden,’” said McEnany.

She then pointed to a blatant change in headlines from some outlets: “Now, 10 December, just a few months later, New York Times headline, ‘Investigation of Hunter Biden is likely to hang over Biden as he takes office.’”

According to the White House press secretary, The Washington Post and Politico had both opted to overlook the story connected with the-then Democratic presidential candidate Joe Biden’s son ahead of Election Day.

“Good for those who covered what was a story all along,” she said.

California Democratic Representative Eric Swalwell, 40, is currently in the spotlight following a recent investigation by journalists claiming that he had a relationship with an alleged Chinese spy five years ago. Swalwell has denied any wrongdoing and US Speaker of the House Nancy Pelosi has reportedly backed his presence on the committee.

​The developments come as on 14 December Republican Representative Dan Crenshaw rebuked mainstream US media for what he slammed as an "infuriating, corrupt, and disgusting" lack of attention to the Eric Swalwell spy scandal. 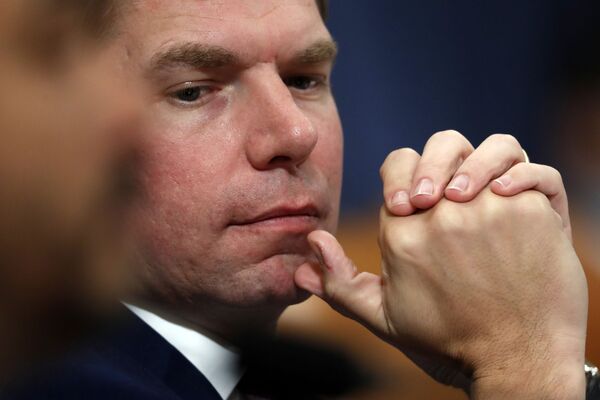 Republican Senator Rick Scott sent a letter to House Speaker Nancy Pelosi, stating that Swalwell had "no place on the House Intelligence Committee".

The Axios story on the purported Swalwell-Chinese ties is rooted in an investigation that uncovered alleged Chinese spy Christine Fang's activities ostensibly targeting US politicians.

According to that report, Fang was not suspected of accessing any classified information, although she was under FBI surveillance prior to her leaving the country.

In a statement following publication of the claims, Eric Swalwell denied any wrongdoing.

Regarding the Hunter Biden story, President Donald Trump is said to be mulling pushing for a special counsel to advance a federal tax probe into President-elect Joe Biden's son, according to several sources close to the White House, cited by The Washington Post.

Appointing a special counsel for the Hunter Biden probe would also signal a more prolonged investigation than the current inquiry largely centred on his taxes, it is suggested.

After keeping the lid on the story in the months before the election, federal authorities are now actively looking into the business dealings of Hunter Biden, CNN reported on 10 December, a day after the now President-elect’s son released a statement acknowledging the probe.

On 9 December, Hunter Biden announced that the US Attorney's Office in Delaware is investigating his tax affairs. A source also told Fox News that the investigation will cover Biden's alleged dealings with China as well. 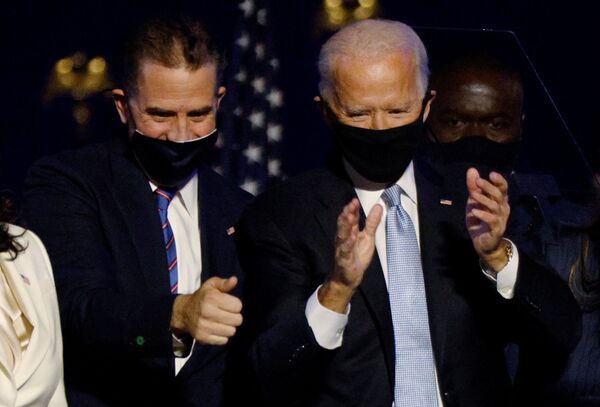 Trump was infuriated last week, after the Justice Department's years-long investigation into some of Hunter Biden’s alleged cagey Chinese business dealings and other transactions was publicly confirmed.

Amid escalating tensions between Trump and the Attorney General, in part due to Barr's conclusion that there was no evidence of widespread voter fraud in the 3 November election, as claimed by Donald Trump, it was announced that William Barr would no longer be heading the US Department of Justice after the Christmas holidays.

Hunter Biden's Tax Probe Should Have Been Disclosed Before Trump Impeachment Trial, Senator Says
Deputy Attorney General Jeff Rosen will be stepping up to become acting attorney general for the last month of Trump’s tenure.

The information was claimed to include correspondence with foreign officials and business people, suggesting Hunter Biden was arranging meetings with his father during his tenure as vice president in exchange for cash.

Most mainstream US media blatantly ignored the Biden laptop story ahead of the 3 November vote, with social media platforms - Facebook and Twitter - limiting its sharing.