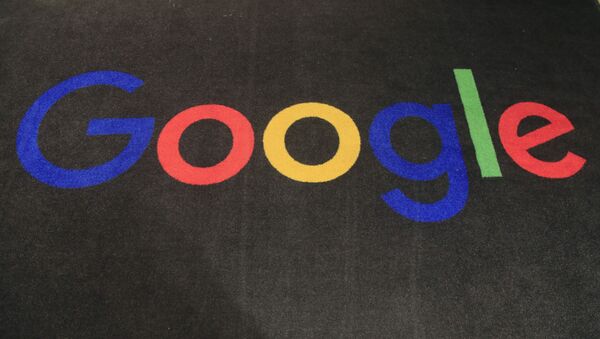 James Baillie
All materialsWrite to the author
The suit comes amid increasing scrutiny by Washington of big tech firms and their dominance in a wide array of online markets. This latest lawsuit is separate from an antitrust case that the Justice Department and 11 state attorneys general filed in October over Google’s dominance of the online search market.

In a Facebook video, Paxton claimed that Google has repeatedly used what he described as its monopoly to control pricing and engage in market collusion to rig auctions.

Google “eliminated its competition and crowned itself the king of online advertising,” said Paxton. “It isn’t fair that Google can harm the web pages you visit and read”.

This internet Goliath used its power to manipulate the market, destroy competition, and harm YOU, the consumer. Stay tuned… pic.twitter.com/fdEVEWQb0e

​Texas plans to hire Ken Starr, the former independent counsel in the investigation that led to US President Bill Clinton’s impeachment, to represent the state in the suit, reports Bloomberg.

Google has previously observed that the online advertising market is competitive. In testimony before a Senate panel in September, a Google executive said that the company faced competition from other major players, including Amazon, AT&T, Comcast, Facebook and Verizon.

Texas has one of the biggest offices in the country devoted to antitrust issues. In the 1990s, it was among the first to probe Microsoft over antitrust concerns.

The nine states that have joined Texas in the suit are Arkansas, Indiana, Kentucky, Missouri, Mississippi, South Dakota, North Dakota, Utah and Idaho.

Some lawmakers have been gunning for the regulation of tech giants Amazon, Google, Apple and Facebook in recent months, with bipartisan support from Congress.

The Texas suit is the latest in a growing number of federal and state lawsuits aimed at reining in what is alleged to be the market power of big tech platforms.

In October, the Department of Justice filed antitrust charges focusing specifically on Google’s contracts with companies like Apple and Mozilla, to maintain its search engine dominance.

Some social media users said that the lawsuit was an affront to what they described as free market capitalism.

What is an alternative to Google? If any company was AS GOOD as they are we would not see the dominance Google has established in advertising. These types of lawsuits are going to RUIN free markets / capitalism. Forget wealth redistribution, now we have search re-distribution.

​Others suggested that the anti-trust lawsuits are long overdue.

About time, do Amazon next, they are gradually moving into everything. Break them up or level the playing field with an annual Monopoly tax that has same effect.