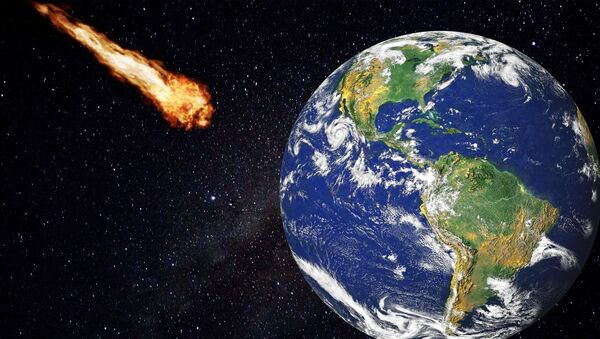 Andrei Dergalin
All materialsWrite to the author
The possible extinction event cycle outlined by the new study's authors is supposedly related to our solar system's journey through the galactic mid-plane.

With six mass extinction events having occurred on Earth over the past 500 million years, a group of scientists now thinks that these catastrophes may not be random at all, the Daily Express reports.

According to the newspaper, the authors of a new study published this month in Historical Biology journal argue that these extinction events "follow a cycle of about 27 million years," and that one of the culprits behind them might be the Milky Way galaxy.

"It seems that large-body impacts and the pulses of internal Earth activity that create flood-basalt volcanism may be marching to the same 27 million-year drumbeat as the extinctions, perhaps paced by our orbit in the galaxy," Michael Rampino, a professor from the Department of Biology at New York University and lead author of the study, said.

Pointing at what they describe as a "statistically significant" pattern to the extinction events, the researchers suggest that they might coincide with our solar system's journey though the galaxy's mid-plane which takes place "roughly every 30 million years."

During this journey, scientists suggest that periodic comet showers pass through our system and possibly create "cataclysmic impacts" on Earth.

"These new findings of coinciding, sudden mass extinctions on land and in the oceans, and of the common 26 to 27-million-year cycle, lend credence to the idea of periodic global catastrophic events as the triggers for the extinctions," Rampino remarked. "In fact, three of the mass annihilations of species on land and in the sea are already known to have occurred at the same times as the three largest impacts of the last 250 million years, each capable of causing a global disaster and resulting mass extinctions."

The researchers note, however, that a number of the "coinciding" extinction events studied matched "so-called flood-basalt eruptions," which the newspaper describes as "the biggest eruptions of lava on Earth" with some spewing upwards of 70 trillion cubic feet of molten rock.

He also pointed out that the latest extinction event, the Torton-Messin extinction of vertebrates, occurred about 7.5 million years ago; so if the scientists' speculations are correct, the next extinction event is unlikely to happen in the near future.