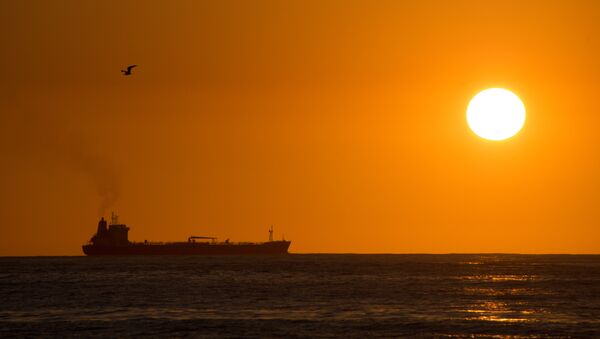 Dhairya Maheshwari
All materials
Indian sailors make up a sizeable proportion of the world's merchant navy crews, as documented by Maritime Union of India (MUI). Earlier this year, the MUI expressed concerns over a large number of Indian sailors left stranded across the globe because of COVID-19 restrictions.

A bunch of Indian sailors who have been stranded in Chinese territorial waters because of the ongoing trade dispute between Australia and China have appealed for an "intervention" from the Indian government.

"We have been stuck here for a year now. We can't get medical treatment, we can't go out. Our supplies are already running out," Gaurav Singh, a second officer aboard MV Anastasia, says in a video put up by Change.Org on Wednesday.

"You literally have to be on your death bed to qualify for medical treatment. We are not at fault at all. It is all because of the ongoing Australia-China trade war," the second mate adds.

The sailors say that they had been waiting on anchor to unload the cargo outside the port before the trade spat between the two countries was triggered in May.

Gajanand Tandel, another Indian crew member who works as an able-seaman, highlights in the video that despite his contract stipulating a service period of nine months, he had already been onboard for 18 months.

According to merchant vessel tracking site Marinetraffic.com, the ship embarked on a voyage from Australia's Port of Hay Point to China's Caofeidian Port back in July 2019. The vessel has been anchored in the waters of Bohai Sea since it reached China, unable to load its dry cargo.

"It would usually take a bit more than a month for a bulk carrier sailing at an average speed of 7.2 knots to get from Australia to China," says a master mariner.

The Indian sailors' appeal has found sympathy on India's social media where users have called for Prime Minister Narendra Modi to intervene.

The sailors' plea comes as relations between China and Australia remain strained: in May, Beijing imposed 80 percent tariffs on barley imports from Australia in retaliation to Australian Prime Minister Scott Morrison's demand for an international inquiry into the origin of coronavirus.

The world's second-largest economy then imposed similar tariffs on Australian coal, copper, wine and lobster, according to Australian media reports. Earlier this month, Beijing banned timber imports from the Australian states of South Australia and Tasmania after some pests were detected in the inbound cargo.

Beijing has already banned timber imports from the states of Queensland and Victoria in the past few months.

Australian wine, on the other hand, has attracted duties to the tune of 200 percent over dumping allegations from Beijing.

Australian farmers have called on their Trade Minister Simon Birmingham to approach the World Trade Organisation (WTO) and oppose China's moves, and Birmingham said in Parliament this month that Canberra was "considering all dispute settlement options".

China was Australia's largest trading partner in 2019, accounting for 27.4 percent of Canberra's overall trade, according to Australia's Department of Foreign Affairs and Trade (DFAT). The two-way trade recorded a 23.9 percent yearly increase last year, reaching a record $252 billion, the Australian government has reported.