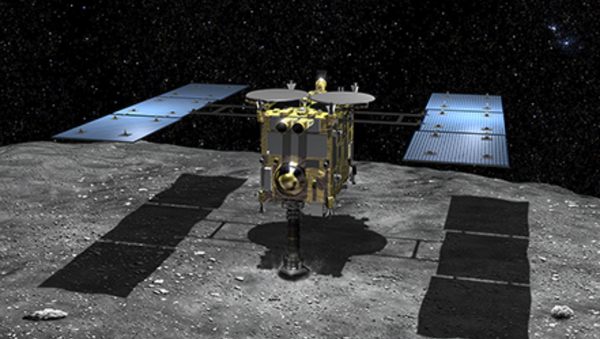 Svetlana Ekimenko
All materialsWrite to the author
Hayabusa2 was launched in 2014 on a mission to the asteroid Ryugu, reaching its destination in 2018 and scooping up samples, some of them from beneath the space rock’s surface, in 2019, with scientists expecting the material to offer clues into the origins of life on Earth.

Officials from Japan's space agency have announced that the capsule delivered by the country's Hayabusa2 spacecraft from the distant asteroid Ryugu contains more than the originally-anticipated amount of sample soil and gases.

A large number of particles are confirmed to be in “sample chamber A” inside the collected capsule (~11:10 JST on 12/15). This is thought to be the sample from the first touchdown on Ryugu. The photo looks brown, but our team says “black”! The sample return is a great success! pic.twitter.com/34vIx17zOX

​On 14 December the pan-shaped capsule, 40 centimetres (15 inches) in diameter, was opened for the first time since its touchdown in Australia on 6 December, with the Japan Aerospace Exploration Agency (JAXA) confirming its staff had spotted black particles on the bottom of the capsule's sample catcher.

Confirmation of the asteroid Ryugu sample collection
by the asteroid explorer, Hayabusa2.https://t.co/qyQOtuaIYi

​On Tuesday, as they hailed the mission as a milestone in planetary research, JAXA revealed that scientists found more of the soil and gas samples in a compartment that stored them from the first of Hayabusa's two touchdowns on the asteroid in 2019.

“We have confirmed a good amount of sand apparently collected from the asteroid Ryugu, along with gases,'' JAXA Hayabusa2 project manager Yuichi Tsuda said in an online news conference, adding:

“The samples from outside of our planet, which we have long dreamed of, are now in our hands.''

Sei-ichiro Watanabe, a Nagoya University Earth and environment scientist working with JAXA, said having more sample material to analyse will expand the scope of studies.

Hayabusa2, targeted with collecting samples from the asteroid Ryugu, blasted off in 2014. This was the country’s second attempt at retrieving material from an asteroid, after Hayabusa1 in 2010 returned a sample of material from a small near-Earth asteroid named 25143 Itokawa to Earth for further analysis. 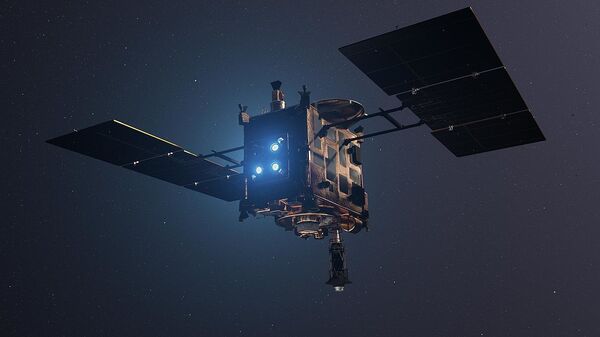 Hayabusa2 undertook a four-year journey that saw it arrive at Ryugu in June 2018 and deploy multiple landers onto the surface. It then carried out two touchdowns upon the surface to scoop up material: once, in February 2019 and again, in July 2019. On the second attempt the spacecraft had previously blasted a crater in the asteroid to sample subsurface material.

After leaving the asteroid in November 2019, Hayabusa2 returned back to Earth in December 2020, releasing the sample capsule, which re-entered our atmosphere on December 6 and landed in Australia.

‘Data’ From Billions of Years Ago

Scientists are hoping that pristine samples from the asteroid’s subsurface - unaffected by space radiation and other environmental factors - can offer information dating billions of years back, to the dawn of the Solar System. The material may offer proof to substantiate the theory that asteroids, like Ryugu, could have delivered the ‘building blocks of life’ to Earth.

The samples may also offer clues as to the mystery of water on asteroids like Ryugu, as well as seed-like rocks called chondrules.

After extensive analysis in Japan, some of the samples will be shared with NASA and other international space agencies beginning in 2022.

Meanwhile, the Hayabusa2 mission continues, as it proceeds on an 11-year journey to its next destination: a fast-rotating asteroid known as 1998 KY26.