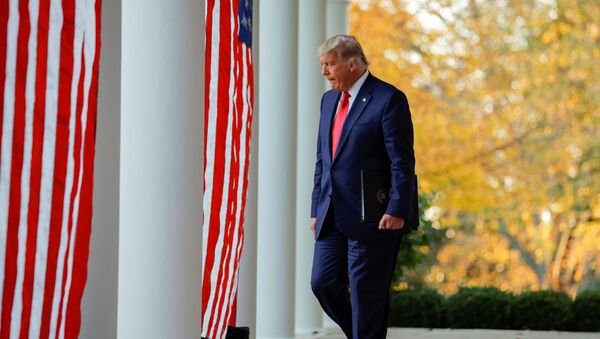 Ekaterina Blinova
All materialsWrite to the author
Attorney General William Barr will step down on 23 December, according to an official resignation letter released on Monday. International observers have discussed why there has been so much turnover in the Trump administration and how the president and his entourage have been subject to constant pressure from political rivals and the media.

During the four years of Trump's tenure, 91% of “A Team” positions, made up of members of the executive office of the president, have left and been replaced, while 39% of those same departures have turned over twice or even more, according to a December study by The Brookings Institution. This record of hiring and firing is unprecedented, as Trump has had more cabinet turnover in four years than "any of his five immediate predecessors did in their entire first terms", Time Magazine wrote in 2019.

The Trump Presidency Was 'Uniquely Combative'

One of the most peculiar traits of the Trump presidency has been its "uniquely combative" stance, subjected to constant attack from bipartisan elites in Washington and the FBI/CIA/intel establishment, asserts Tony Kevin, former Australian ambassador to Poland and Cambodia.

"Their first scalp was war hero General Michael Flynn, whose sin for them was his willingness to explore conscientiously during the 2016-17 transition period Trump’s expressed interest in seeking detente with Russia", the diplomat says. "Fair minded historians will assess the Trump presidency as a constant battle for policy supremacy and will between Trump and a disloyal bipartisan deep state imperial establishment", the Australian analyst avowed.

This set the pattern for the four-year Trump presidency, which, for example, saw frequent changes to senior White House staff, including secretaries of state and of defence, and national security advisers, in particular.

"Trump has the record of having defense secretaries serve for 8 days, 21 days and 36 days", notes Professor David Woodard, a political science teacher from Clemson University and former political consultant for various Republican congressmen.

It appears that Trump never knows whom to trust, whether it be his intel and national security advisers, or his own political instinct, Kevin suggests, adding that "over time, [Trump] needlessly fired many good and loyal people, as well as disloyal ones".

"Trump demands a version of a loyalist that is considerably different from his predecessors", argues Dr. Yu Ouyang, assistant professor of political science at Purdue University Northwest. "While previous presidents seem open to the idea of having loyal advisors that agree with their policy directions, while being willing to tell the president that he’s wrong, Trump demands complete and blind loyalty from people that work for him".

Those who joined the Trump administration are immediately subject to relentless criticism in the US press, suggested Dr. Nicholas Waddy, an associate professor of history at SUNY Alfred, who stressed that no administration in US history has been subject to the same high level of media pressure.

"The level of scrutiny and hostility is off the charts", Waddy said, adding that "Trump's aides can't even dine out with their families in peace."

Some of Trump's sackings backfired: having been fired by the president, former Trump National Security Adviser John Bolton published a book "The Room Where It Happened" which contains multiple controversial allegations about the president, his entourage and foreign leaders. The book saw heavy criticism from several domestic and foreign politicians. For their part, Democratic politicians interpreted Bolton's opus as more "proof" that Trump was "unfit" and "intellectually unprepared" to be the president of the United States.

"John Bolton, who most Washington insiders loathe, was seen in a positive light once Trump fired him! All of a sudden his credibility soared", Waddy remarks. 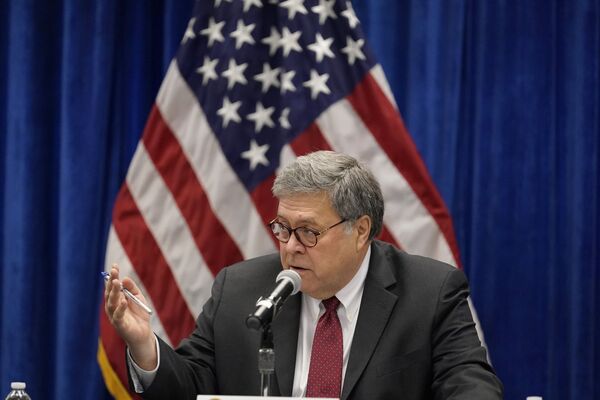 William Barr: One of the Last Standing Appointees Resigns

The president's "liberal Democratic adversaries did all they could" to "diminish his prestige and the prestige of his office", the ex-ambassador suggests, referring to a two-year long US Special Counsel Robert Mueller investigation into allegations of Trump-Russia "collusion" which failed to find direct evidence to support the claims.

During this period, Attorney General William Barr became one of the few senior officials Trump felt he could trust, according to Australian political commentator Tony Kevin. After being appointed by Trump, the attorney general was almost immediately caught in the cross hairs of the Democratic Party and the mainstream press, including many opinion editorials, repeatedly calling for impeaching the DOJ boss.

"Importantly, Barr had shielded Trump from the risks to him in the Mueller investigation into the Russiagate allegations", the former ambassador says. "When Mueller found nothing to incriminate the president, Barr quickly and efficiently put the matter to bed".

After Mueller's conclusions were published in April 2019, House Democrats kicked off the impeachment on 24 September over allegations of Trump's collusion with Ukraine to probe former Vice President Joe Biden's son, Hunter Biden. Impeached by the Democratic-controlled House of representatives on 18 December, 2019, Trump was subsequently acquitted in the US Senate on 5 February.

Barr began to act independently, however, concealing at least two FBI investigations from the public, says Ouyang, stressing that this was a common DOJ policy and an obligation by the attorney general.

"It seemed that Trump has taken Barr’s decision to not publicly disclose that the Justice Department is investigating Hunter Biden as a betrayal of sorts", he suggests.

Barr was not sacked by Trump, however, but resigned, according to Bloomberg. In his resignation letter to the president, the attorney general pointed out that the Trump administration was subject to enormous pressure: "Your record is all the more historic because you accomplished it in the face of relentless, implacable resistance", Barr stated.

Given the scale and smear and anti-Trump resistance, it is hardly surprising that someone like Barr would leave the administration, says Waddy, adding that what is surprising is that it took him so long to take the step.

"Washington has been against Trump from the start", the professor argues, adding "It's one goal, since January 2017, has been to destroy him, literally at any cost. We're about to find out if that strategy will succeed and, if it does, what will be left standing of our democracy".