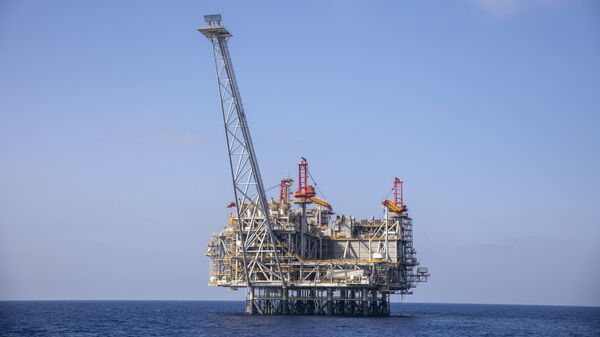 James Baillie
All materialsWrite to the author
The construction of gas pipelines within the EU has been facilitated in the recent past by the bloc's support for cross-border energy projects, meaning they can receive funding and fast-tracked permits from Brussels. The move could lead to a growing uptake in renewables and a smaller role for natural gas in the European energy mix.

The European Commission has put forward plans to limit funding for natural gas projects due to the risk they pose to EU climate goals.

"Considering that the future natural gas demand is estimated to significantly decrease in line with the Green Deal objectives, natural gas infrastructure no longer needs support through the TEN-E policy," the draft rules say.

So-called 'smart gas grids' can still get funding if they support "the integration of renewable and low-carbon gases" into the gas network. Pipelines to transport hydrogen are also eligible, but only if such pipelines exclude the transmission of natural gas.

When burned in power plants, natural gas produces less CO2 emissions and air pollution than coal, but the process is not a zero-carbon fuel and therefore not compatible with the EU plan for net zero emissions by 2050.

Over the past decade, the EU has funneled €4.7 billion to energy projects, according to Reuters. The money has gone to build projects such as gas pipelines under the Trans European Network for Energy (TEN-E) framework that supports what the EU terms 'Projects of Common Interest' (PCI).

The rules still need to be approved by EU countries and by the European Parliament, which should take place during 2021. The aim is that the new funding rules will be in place prior to the publication of the PCI list in 2022.

One social media user noted that the Southern Gas Corridor that links Azerbaijan with the EU was 'lucky' to receive funding before the new laws were introduced.

Others lamented that the new rules would mean there would be no EU funding available for a pipeline to bring gas to Europe from the Eastern Mediterranean where there has been a significant number of large gas discoveries in recent years, including the giant Leviathan field.