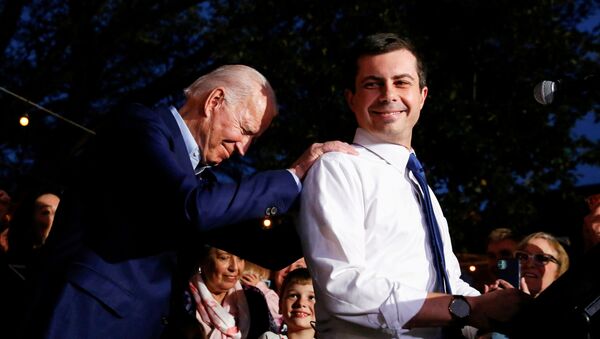 Daria Bedenko
All materialsWrite to the author
Pete Buttigieg, 38, was one of Joe Biden's rivals among fellow Democrats in the White House race, eventually giving up his presidential ambitions and endorsing the former vice president in March.

President-elect Joe Biden on Monday picked his former Democratic rival, Pete Buttigieg, to head the US Transportation Department, according to Biden transition office.

"The first openly gay major presidential candidate in American history, and one of the youngest ever to win a state primary or caucus, Buttigieg is a barrier-breaking public servant from the industrial Midwest with a track record of trailblazing, forward-thinking executive leadership", Biden-Harris transition office said in a statement.

Biden praised Buttigieg's nomination, saying that he will "bring people together to get big things done".

"Mayor Pete Buttigieg is a patriot and a problem-solver who speaks to the best of who we are as a nation"Commenting on the nomination", Biden said, commenting on the nomination. "I am nominating him for Secretary of Transportation because this position stands at the nexus of so many of the interlocking challenges and opportunities ahead of us. Jobs, infrastructure, equity, and climate all come together at the DOT, the site of some of our most ambitious plans to build back better."

Mayor @PeteButtigieg is a leader, patriot, and problem-solver. He speaks to the best of who we are as a nation.

I am nominating him for Secretary of Transportation because he's equipped to take on the challenges at the intersection of jobs, infrastructure, equity, and climate.

"Mayor Pete is deeply committed to bringing people together and upgrading our transportation system in a way that serves Americans of all backgrounds and communities of every size — urban and rural — across our country", Harris stated.

Buttigieg himself took to Twitter shortly after the announcement to express gratitude for Biden's choice.

This is a moment of tremendous opportunity—to create jobs, meet the climate challenge, and enhance equity for all.

I'm honored that the President-elect has asked me to serve our nation as Secretary of Transportation.

Reports that suggested Biden had been mulling a high-profile position for Buttigieg emerged earlier last week. 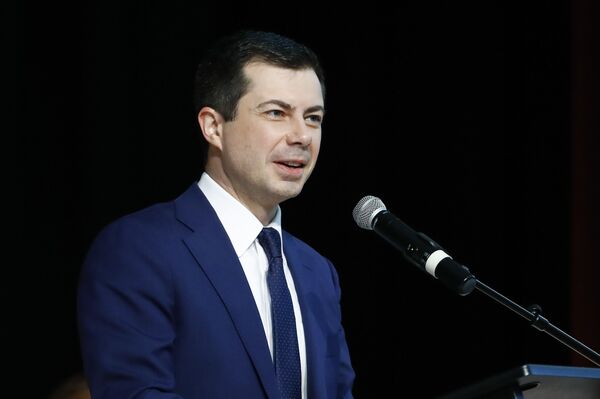 'Most Diverse Administration in American History'

Buttigieg, a former city mayor, has never held federal office. The 38-year-old is a Harvard University and Oxford University graduate and the former mayor of South Bend, Indiana, who also deployed to Afghanistan as a US military intelligence officer in 2014.

Similar to Biden's vice-president, Kamala Harris, Buttigieg was a Democratic candidate for the US presidency in 2020. In Iowa, he narrowly won the caucuses, but later dropped out of the race, endorsing Joe Biden in March.

The former mayor would become the first openly gay cabinet member, although his transportation resume is described by Politico as "thin". According to Bloomberg, LGBTQ+ groups have pressured Biden to appoint a community representative to his cabinet.

“While your administration is on track to be the most diverse in American history, we ask that you continue your commitment to diversity by ensuring LGBTQ+ professionals are included in your Cabinet and throughout your administration,” the members of Congressional LGBTQ+ Equality Caucus wrote in a recent public letter to Biden, cited by Bloomberg.

While some praise the Biden administration's picks for its commitment to diversity, others criticise some of the nominations for focusing on attempts to be inclusive and lacking attention to appointees' experience in the field they would be nominated to head.