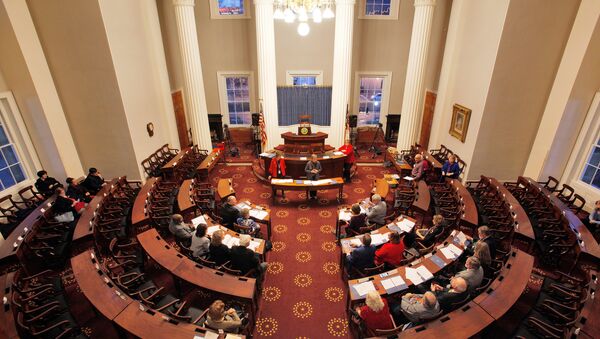 Post-election tensions have soared in the US since 3 November and the subsequent call by US media that Democratic candidate Joe Biden won the 2020 presidential election.

Sitting president Republican Donald Trump has refused to concede victory, railing against a “stolen” election; his legal team juggling a plethora of lawsuits seeking to overturn the results, most of which have failed.

Swing States that have found massive VOTER FRAUD, which is all of them, CANNOT LEGALLY CERTIFY these votes as complete & correct without committing a severely punishable crime. Everybody knows that dead people, below age people, illegal immigrants, fake signatures, prisoners,....

​Monday marks one of the milestones in the 2020 election as all 538 electors convene in state legislatures to formally cast their ballots for president. A successful presidential candidate must receive at least 270 out of the 538 votes that make up the electoral college.

If electors vote based on the certified results of their respective states, Joe Biden is projected to receive 306 votes and Donald Trump 232, with Biden officially claiming the presidency.

"While there are occasionally a handful of 'unfaithful' electors who do not vote for the candidate to whom they are committed, we can expect a predictable outcome -- Joe Biden will receive more than the 270 electoral votes he needs to win the presidency. There is always a chance there will be few unfaithful electors, but not enough to change the outcome", says Gary Nordlinger, a professor at the Graduate School of Political Management at George Washington University.

Here are some of the things to watch out for during the day.

What Does The Electoral College Voting Involve?

The electors cast their ballots for president and vice president via paper ballot. Every elector is required to verify and sign the sets of electoral votes.

Electors vote twice, for president and for vice president, according to the National Archives, with votes recorded on six certificates paired with the state's certification of election results from the governor’s office.

The certificates are sent to Vice President Mike Pence, in his capacity as president of the Senate; the Office of the Federal Register; the secretary of state of the respective state; and the chief judge of the Federal District Court where the electors meet.

Votes are sent by mail to the National Archives and the Vice President.

An election year profoundly impacted by the coronavirus pandemic, with record-breaking numbers of mail-in ballots, early voting surges and a slew of coronavirus-related safety precautions, has wrought some changes in the traditional procedure of the Electoral Vote.

Electors for each state and the District of Columbia typically gather in state legislature chambers, most often the state’s capitol, to cast their vote, with the time varying. Some start at 10 a.m. Eastern, and most vote in the afternoon. California meets at 5 p.m. Eastern Time.

Nevada is the only state holding its meeting virtually this year.
A completely remote ceremony would be logistically challenging, because federal statute requires electors to sign the certificates of the votes, Axios cited a National Archives official as saying.

Thus, electors in New York will gather at the state Capitol in Albany, as they will in Georgia, where required safety precautions, such as masks and social distancing will be enforced, as at other venues.

Most states will be offering livestreams to watch the proceedings, such as California, Wisconsin, Maryland, Michigan, Pennsylvania, Georgia and New Mexico, so the public can watch safely from home.

Less “ceremonial activity" is anticipated this year. Attendance is to be limited to the electors and essential staff.

Will there be ‘Faithless’ Voters?

By law, thirty-three states and the District of Columbia require their electors to choose whoever won the state’s popular vote.

The remaining 17 states do not similarly “bind” their electors, leaving them free to choose at will.
There have been instances of "faithless electors" in the past, however, they failed to significantly impact the election.

Regarding this year’s vote, media-cited experts deem it unlikely that there will be faithless electors due to reported extra efforts taken by political parties to ensure their chosen electors will be loyal.

The electors, typically political activists, officials, donors and people with close relationships to the candidates, were chosen by state parties. This signifies they are likely to vote for the candidate to whom they pledged to support.

In 2016, when Donald Trump won the election, 306 of the electoral college votes were pledged to vote for him, while 232 were ‘bound’ to his Democratic rival Hillary Clinton. 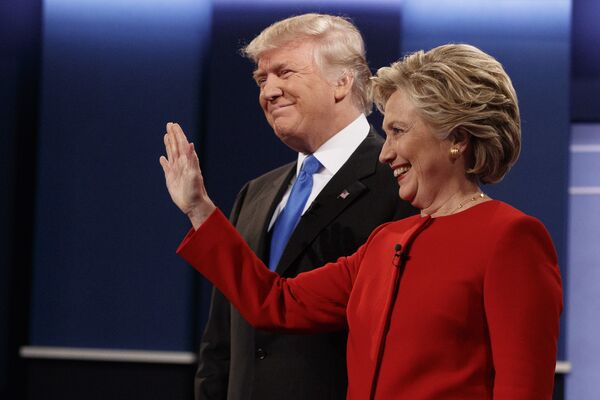 Towards the end of the Electoral College voting, Trump ended up with 304 electoral votes and Clinton finished with 227.

Seven electors had accordingly switched sides to vote for someone other than the candidate they were pledged to support.

However, this year the Supreme Court ruled, in a modification from previous years, that states can punish or remove electors who change their votes.

Furthermore, the Trump and Biden campaigns have reportedly installed party stalwarts as electors who are less likely to go rogue.

What Follows the Electoral Vote?

The votes are counted officially by Congress in a joint session held in the House chamber on 6 January, with vice-president Mike Pence presiding.

The certificates are opened in alphabetical order by state presented to four “tellers,” two from the House and two from the Senate, who count the votes. Once a candidate reaches a majority with 270 votes, the result is announced.The session cannot be concluded until the count is complete and the result publicly declared.

As new members of Congress are sworn in on 3 January, the next Congress will conduct the joint session. The Democrats will maintain control of the House, while, irrespective of the results of the looming Georgia runoff elections on 5 January, Republicans will control the Senate.

This is due to the fact that Mike Pence will still be in office to act as the tiebreaking vote if the chamber is split 50 to 50.

Can Results be Blocked by Members of Congress?

The counting of electoral votes prohibits any debate, however, after the result is read out, members of Congress are granted one opportunity to ‘lodge their objections’.

The latter are required to be made in writing and signed by at least one senator and one member of the House. After the two chambers separate to debate the objection, every member of Congress can speak only once in the course of five minutes. Two hours later the debate ends with each body then voting on whether to reject the state’s results. 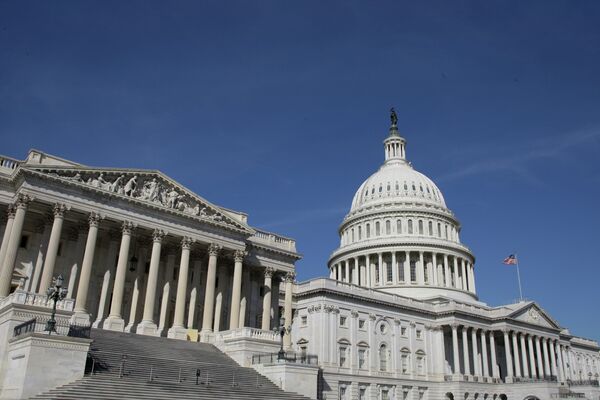 Since 1887, when the Electoral Count Act was passed, there have been just two instances of congressional objections, in 1969 and 2005, with neither passing the House or the Senate.

As Democrats control the House, any potential objection would be deemed unlikely to pass, while in the Senate, Democrats would require a couple of Republicans to side with them to vote down an objection.
Some Trump allies are reportedly already planning objections during the congressional session.