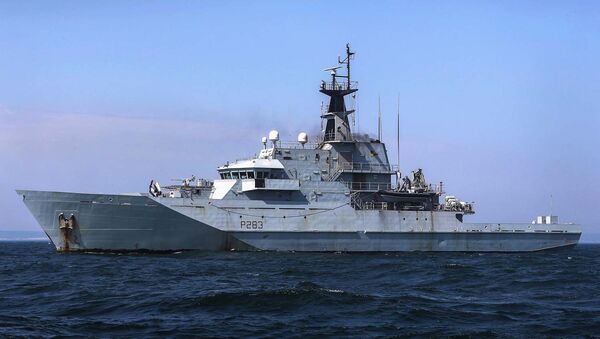 As the transition period expires in less than a month, Britain is possibly heading for a no-deal exit, since no agreement has been reached so far on post-divorce trade regulations.

Four Royal Navy vessels are set to patrol Britain's fishing waters, as there are no positive prospects for an EU-UK post-Brexit deal. The 80-metre boats are expected to guard British waters from European vessels, The Guardian newspaper reported, citing Naval sources.

An unnamed source told Reuters that the British Ministry of Defence has prepared “a standby package of 14,000 personnel” for “a range of scenarios” after the end of the transition period.

On Tuesday, British PM Boris Johnson pointed out that there is a "strong possibility" that the UK and Brussels will fail to secure a deal before the end of this year. The day before, he held talks with European Commission President Ursula von der Leyen in Brussels, but they failed to compromise over the most contentious issues.

British fisheries were one of the most sensitive points in EU-UK talks. Britain has called for annual renegotiation over fishing quotas, insisting that access should be determined with each country separately.

In line with the common European fisheries policy, all member states gain access to the union's waters through quotas. The EU, especially France, opposes Britain’s intention to control who fishes in its waters, as over 60 percent of the catch from that area is fished by foreign vessels.

Nevertheless, on 24 November, the Fisheries Act 2020 passed into law, annulling the automatic access to British fishing grounds given to foreign boats and establishing a new licensing regime in the UK fishing industry. The UK has already come to agreements with Norway and the Faroe Islands over British fishing grounds as well as memoranda of understanding with Greenland and Iceland.

Britain officially left the European Union in January 2020. The Withdrawal Agreement, signed on 31 January, includes a one-year transition phase that allows Britain to operate as a member of the Union. The UK and Brussels are supposed to sign a post-Brexit free trade deal before this period expires on 31 December, since Johnson refused to prolong it last year.