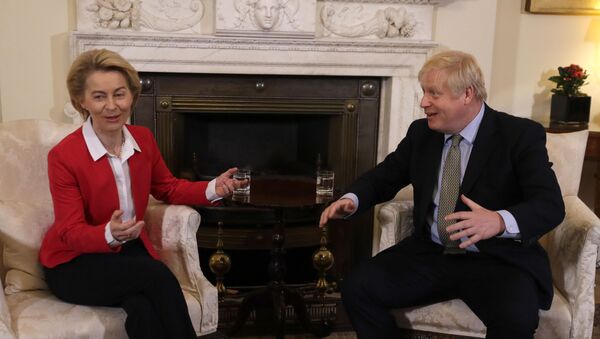 Evgeny Mikhaylov
All materialsWrite to the author
Earlier this week, Boris Johnson and Ursula von der Leyen set this Sunday as a deadline for a deal, however, a final compromise between London and Brussels has yet to be reached.

Secretary of State for Culture, Media and Sport Oliver Dowden on Friday stated that the current demands being made by the EU on a withdrawal agreement are terms that no British PM could accept.

"Still, I think, there is a significant possibility that we could get that deal", Dowden told Sky News. "We're pretty much 90% of the way there... I would much prefer that we had a deal and the prime minister would much prefer a deal... but that deal cannot come at any price", he told SkyNews. 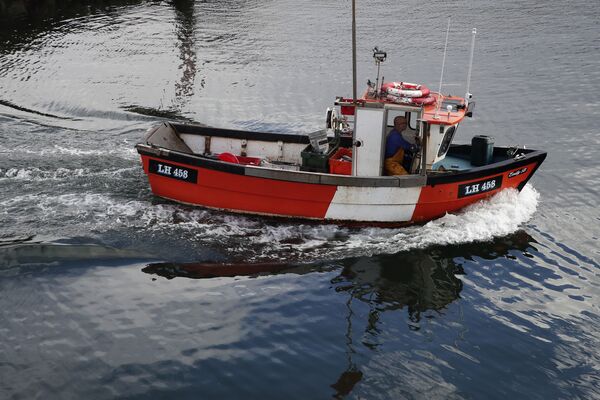 According to the minister, the UK wants to reach an agreement with the EU, however, the country will survive without a deal. He also said the main issue that may sink the prospects of the Brexit accord is fishing regulations. Dowden noted that the UK would not be the only country hurt by the no-deal scenario, as Ireland and Germany would suffer too.

The minister made his statement just a day after the European Union revealed a set of contingency measures the sides have worked out to apply post-Brexit. The document proposes a one-year legal framework for contested fisheries, until a new, more explicit deal with the UK on fishing quotas comes along. It also includes a six-month extension of current arrangements for road, rail, and air travel and freight between the bloc and the UK.

"I've got to tell you that from where I stand now... it's looking you know very, very likely that we'll have to go for a solution that I think will be wonderful for the UK... and as I say, come out on World Trade terms", Johnson told the press.

11:55 GMT 11.12.2020
Johnson Reportedly Requested Call With Macron and Merkel Amid Brexit Stall, Was Turned Down

EU leaders have rejected an offer from British Prime Minister Boris Johnson for a Brexit call with Macron and Merkel, Reuters reported, citing an anonymous official.

Reuters reported, citing a senior EU official, that the date for a Brexit deal might well turn into another missed deadline.

"The only certainty I have is that 1 January comes after 31 December", the official noted, referring to the end of the transition period, when the UK leaves the EU's single market and customs union.

11:33 GMT 11.12.2020
Bank of England Warns of Possible Disruption in Financial Services After Brexit

LONDON (Sputnik) – UK Culture Minister Oliver Dowden said on Friday there was a significant possibility that the United Kingdom and the European Union could get a post-Brexit trade deal before the Sunday deadline, as long as the bloc understands that the UK needs to control its territorial waters and set its own rules and regulations.

"I think there is a significant possibility we could get that deal and I think we should continue to work towards it", Dowden told Sky News.

According to the minister, there are “pretty much 90 percent” chances of both sides striking a deal in the remaining days, but the EU must respect the UK’s interests.

"The prime minister (Boris Johnson) desperately wants us to get a deal but if we don’t get that deal it would be because we are not willing to accept a situation where we compromise our territorial waters or we compromise our abilities to set our own rules and regulations", he stressed.

"One way or the other, in less than three weeks, it will be new beginnings for old friends", von der Leyen told a news conference after an all-night summit of leaders of EU member states.

According to the Bank of England, most risks to the UK's financial stability posed by a potentil no-deal Brexit have been mitigated, but "some disruption to financial services could arise".

000000
Popular comments
London better get used to life without Scotland