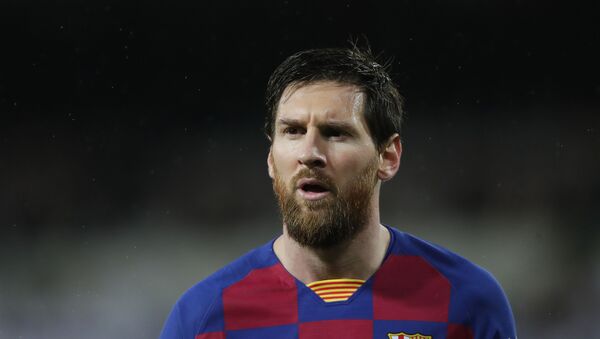 Max Gorbachev
All materialsWrite to the author
In recent years, there have been numerous reports criticizing the superstar’s behavior toward his teammates and managers. These reports have intensified since the Argentine announced his decision to leave the club.

Some athletes can’t cope with the stress of playing with Lionel Messi, said Carlos Unzue, Barcelona’s former assistant coach. Speaking at the YouTube sports channel Idols, Unzue, who worked at Camp Nou along with Luis Enrique between 2014 and 2017, said the Argentine’s ambition and high standards are too much for some players.

"What has kept Messi (where he is) is ambition and how to live with moments of stress. He self-demands to himself to keep being the best and, as a result, also wants the best around him, teammates, physio, or coach. That produces a great stress that some teammates are not capable of bearing", the manager said.

In recent months, former Barcelona managers, officials and some football agents have spoken negatively about Messi, criticizing his behavior. Most recently, Antoine Grizmann’s former agent blasted the Argentine for having an "emperor" attitude.

"The situation is not easy, although I think entering a big club that has won titles is harder when they've stopped winning. When we arrived with Luis Enrique we did so after a year the team had not won anything. That's happening to Koeman now, he's arriving at a messed-up time but if it's not a messed-up time, you don't get the call to become coach of Barcelona", the manager said.