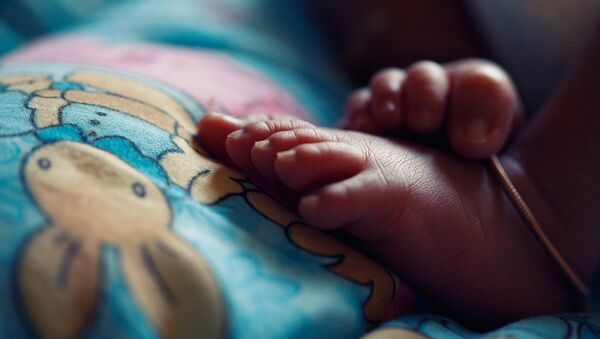 Advitya Bahl
All materialsWrite to the author
The JK Lon Hospital in Kota, the Indian state of Rajasthan, is dedicated to treating children and infants. In January of this year, the hospital grabbed international headlines after more than 100 infants died in one month.

The health minister of the Indian state of Rajasthan, Raghu Sharma, has ordered a probe into the death of nine infants at Kota's JK Lon Hospital over 24 hours.

According to a hospital official, the infants died between Wednesday morning and Thursday afternoon.

"After I got the news of the death of nine infants at Kota's JK Lon Hospital, I spoke to the medical superintendent and sought a report to ascertain the cause of deaths", Sharma said.

The hospital has been instructed to ensure that under no circumstances should even one child die due to medical negligence.

"Initial reports which I have received for the nine deaths state that three infants were brought dead to the hospital, three died because of a congenital disease, while three died as milk went into their lungs while breastfeeding", he said.

Every day hundreds of patients visit the JK Lon Hospital, the biggest medical facility in the Kota district.

According to the hospital authorities, on average 5-6 deaths of children are reported there, including those pronounced dead on arrival.

The families of the deceased children have alleged a lack of maintenance and negligent behaviour on the part of the staff and doctors.