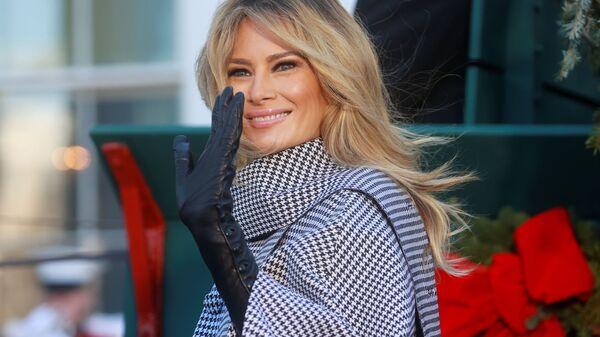 Reports about Trump's marriage falling apart have been seen for years – especially after Donald Trump became the US president in 2016. Since then, rumours of the First Lady rethinking her future seem to have only grown.

As Donald Trump continues challenging the election results, his wife is reportedly seeking ways to monetize her post-White House life. Two sources familiar with the situation claimed that Melania had secretly asked a special government employee to find out about the possible budget to cover her future plans, CNN reported on Wednesday. Another source, described by the media as "familiar with Melania's state of mind," has claimed that the First Lady "just wants to go home."

Twitter users quickly reacted on the situation – mostly by ‘supporting’ Trump in her alleged intentions.

We are ready for you to go home. #MelaniaTrump https://t.co/X0y7Wbtuy4

Oh you want to go home? We want you to go home!! pack your shit!! #MelaniaTrump

​"That’s exactly what America wants too," one user wrote.

​Some users suggested that FLOTUS should "go home" to Slovenia.

#MelaniaTrump SHOULD return to Slovenia and take her #ChainMigration parents with her https://t.co/0Ge3UHkZB0

She had staff discreetly ask whether there were taxpayer funds allocated to former first ladies, according to two sources familiar with the discussions. No, we supported her long enough.

​One user did not miss the chance to ask her husband to concede, thus doing Melania a favor.

​The media has been questioning the president's marriage and Melania’s happiness in it, pointing out several incidents when the first lady was noticeably cold toward the president. Melania, however, has repeatedly refuted the allegations and insisted she has a great relationship with her husband, while POTUS has said the couple never argues.

In late 2019, the president and first lady filed a declaration of domicile, changing their primary residence from New York City, New York, to Palm Beach, Florida. There, Trump will be required to spend at least six months of the year in order to maintain his residency status.