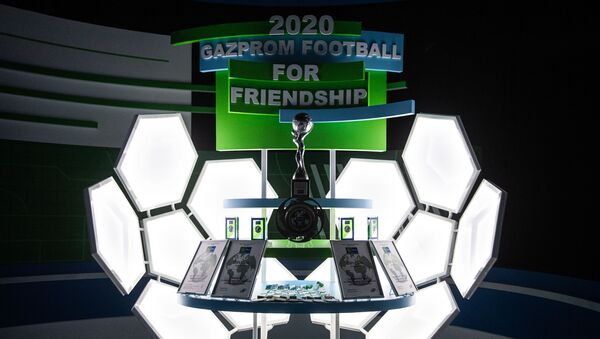 "Uniting friends – uniting the world" is the slogan of the Gazprom International Children’s Social Programme Football for Friendship. Participants of the programme are young players and journalists aged 10-16.

This season, young participants held over 50 events with the support of famous athletes, representatives of football academies, and journalists of the world's leading media outlets. The children gained new knowledge about football strategy and tactics, learned new moves, became hosts and correspondents during the events, talked about their ecological and social initiatives, as well as participated in global discussions as part of the 75th anniversary of the UN. 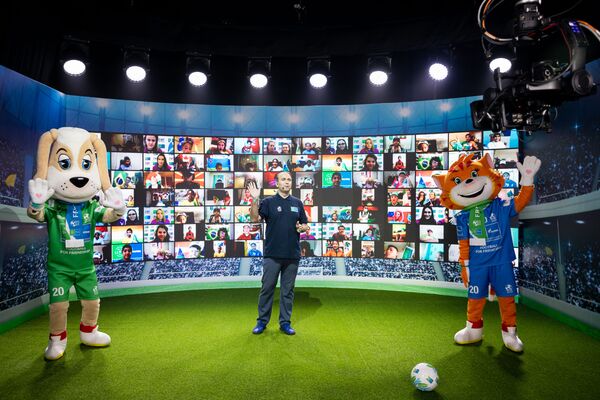 A new free educational module in 10 languages was launched at the Football for Friendship Coaches Academy. To date, more than 5,000 coaches and physical education teachers from different countries have completed training at the academy.

The final events of the season were held online. Over 100 football academies from all over the world presented their projects to support and train young athletes at the annual International Football for Friendship Forum. Projects from Bolivia, India, Nigeria, and Russia were recognised as the best. Young participants from 104 countries were trained at the Nine Values School and voted for the most socially responsible football club in the world. The children decided that FC Barcelona should be awarded the Nine Values Cup in 2020.

At the end of the season, the kids took part in the Football for Friendship eWorld Championship. The Granular Salamander team that united young players from Bosnia and Herzegovina, Kazakhstan, Latvia, the United Arab Emirates, Russia, and Turkey became the winners of the championship. The competition was organised on the platform for the new specially designed multiplayer football simulator Football for Friendship World (F4F World). Today, on World Football Day, the new mobile game has become available for download to everyone. 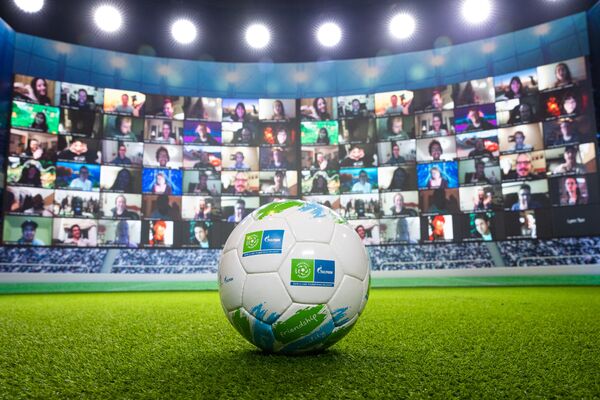 Viktor Zubkov, chairman of the Gazprom Board of Directors:

"Since 2013, Gazprom has been implementing the Football for Friendship International Children's Social Programme. During this time, the project has brought together thousands of boys and girls of different nationalities and physical abilities from 211 countries. Today, we can be proud of a whole generation of grown-up athletes, public figures, journalists, and aspiring young people who were given amazing opportunities for development by Football for Friendship".

"Football for Friendship is a programme that brings together truly talented and motivated kids who are in love with football, giving them the opportunity to develop, learn more about each other and find new friends in other countries. Many young football players all over the world dream of getting into Football for Friendship and the universal human values promoted by the programme are really important for the children, for their future".

"I was impressed by the professionalism of the organisers at all levels but also by the participants from all over the world connecting with Football for Friendship. I truly hope that the pandemic in the seasons to come will only be a bad memory. And I trust that all football and sports encounters will be again face-to-face on-site and not via digital means. In terms of education in general, however, we will be entering a new era of learning in blended concepts. Finally, I wish the organisers every success for the design of future concepts, always with a focus on sustainability".

The Football for Friendship International Children's Social Programme has been implemented by Gazprom since 2013. Over the previous eight seasons, the programme has united over 15,000 participants from 211 countries and regions and over 6,000,000 supporters.

Young players and young journalists are the participants of the programme – boys and girls aged 12, including children with disabilities. Young players represent different countries and cultures united in mixed teams at the Football for Friendship World Championship. They show that nationality, gender, and physical abilities aren't a barrier to becoming a team. 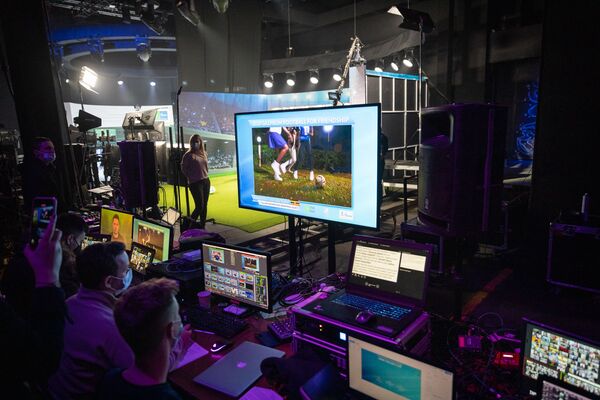 Young journalists cover the events of the programme at the International Children’s Press Centre. All participants become young ambassadors of the programme and continue to share their Football for Friendship experience and promote universal human values: friendship, equality, fairness, health, peace, devotion, victory, traditions, and honour.

Photo and video materials for media